This is How Straight Women Became Heroes of the AIDS Crisis 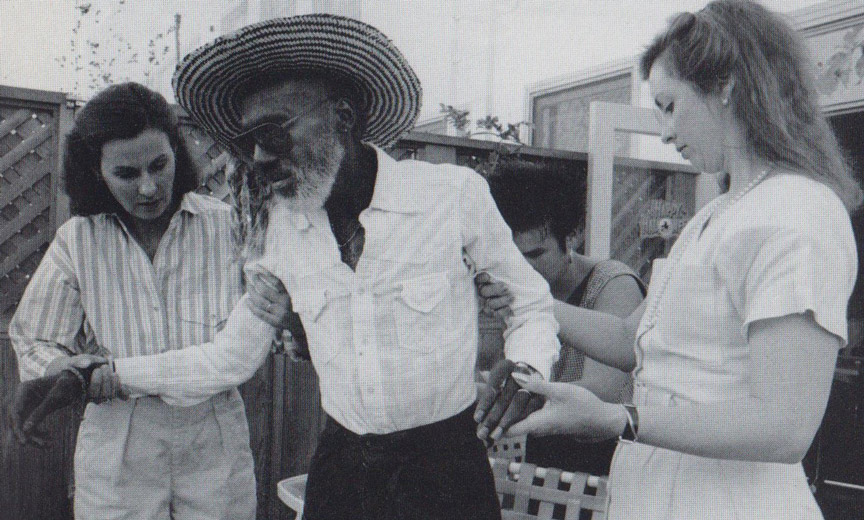 In her new book, Victoria Noe chronicles the stories of people whose contributions to addressing the AIDS epidemic have often gone unheralded: straight women.

They are the unsung heroes: the straight women on the front lines of the HIV/AIDS epidemic who served as the advocates and allies, the angels of mercy who provided comfort and care for the sick and dying.

“These mostly anonymous women have put their bodies on the line, sometimes literally, to fight for the rights of people with HIV/AIDS,” writes Victoria Noe, in her new book, Fag Hags, Divas and Moms: The Legacy of Straight Women in the AIDS Community ($16.99, King Company Publishing). “They have delivered meals, covered for, and housed people who were abandoned by their birth families. They have comforted the living and buried the dead. They have raised money and awareness and given hope to those in despair. They have celebrated successes and mourned too many lives cut short by a virus and stigma. And their efforts have largely gone unrecognized.”

A longtime author, essayist, and veteran member of Chicago’s AIDS community, Noe lost countless friends to the epidemic. She notes how many chronicles of the plague focus on the work of men and the gay community — but not the contributions of straight women.

“The epidemic is more diverse than people think,” she wants to make clear.  “The public face has typically been white gay men, not that there’s anything wrong with that. They were at the forefront of everything. But it’s important for people to see that, as astounding as the contributions are from gay men, there have been significant contributions from women of all races, of all ethnic groups and from all around the world. And it’s time for their stories to be told.”

Fag Hags sheds light on the courage, defiance and compassion displayed by heterosexual women who came forth when the AIDS epidemic of the 1980s and ‘90s was decimating the gay community and communities of color across the United States. Many of the advocates — including Elizabeth Taylor, Joan Rivers and Princess Diana – were household names who leveraged their celebrity in order to highlight the epidemic. But many others have been largely unknown, and Noe wants to make certain their contributions are remembered as well.

“I tried to include women who did things that did not get a lot of attention, so you have Trudy, who matched people with AIDS with the faith community, which was unheard of in 1989 – given the tension between religious groups and the AIDS community,” Noe says. “They had 140 teams at their peak. When I contacted her to tell her story, she asked, ‘Why would anyone care about it?’ I said, ‘Because you did something else that no one else was doing.’”

Noe also chronicles the impact of the volunteers, nonprofit executives, researchers, moms, divas, activists, artists, medical establishment and a multitude of caregivers. She illustrates the myriad, courageous ways women made tangible differences by confronting stigma and ignorance even as they lobbied for treatment and drug policy reform policy. Often, they were doing it all while simultaneously fundraising.

“These were women who would just go about their jobs and work in an office every day, and they would then raise money or provide services. They were doing this because they felt it was the right thing to do. They weren’t looking for adulation or a pat on the back,” Noe says. That humility illustrates the core of their care, seeking to help others without personal gain.

Noe laments that she could not tell all these women’s stories. If she had, the book “would have been about 800 pages.” But she still hopes it offers a lens into many contributions that have long been ignored. As Noe writes, “It’s time for straight women in the AIDS movement to come out of the closet and share the spotlight they so richly deserve. Their stories have only begun to be told.”