Take a Look at the First Fascinating Films for Fall 2019 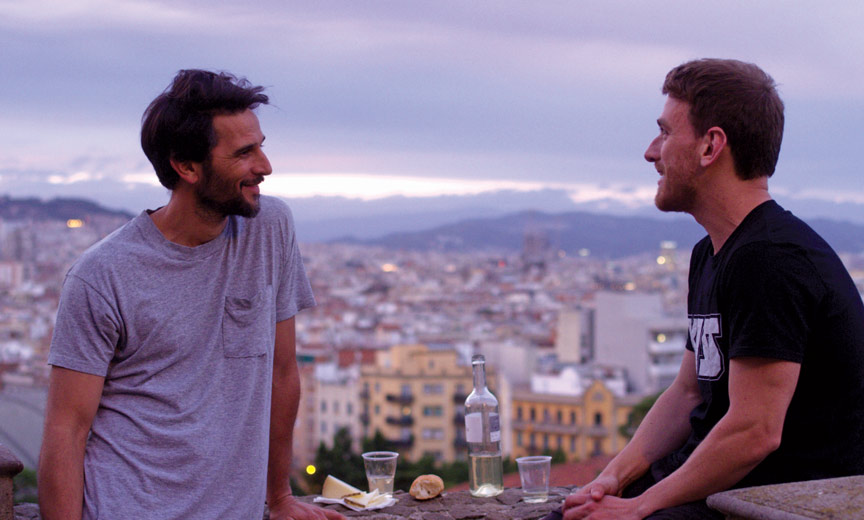 ("End of the Century" image Courtesy of Cinema Guild)

The curtain has come down on the summer blockbusters, and now Hollywood is getting serious — serious about awards season. The campaigns are already warming up. The plots are getting more heavy. And the performances? Some of the best you’ll see. Here’s an early look at what you’ll see this fall:

End of the Century

End of the Century begins in silence, save for the gentle ambient noise of the surrounding city. A man is strolls through Barcelona, then checks into an AirBnB. He deposits his bag and inspects the place. Then, while gazing from his balcony, he watches a handsome fellow pass by. Later — after some  casual sightseeing — he lingers on a beach and notices the man again. They exchange glance in the sea. But, back on land, the mystery man vanishes before our protagonist can speak to him. Soon Ocho, is back on his balcony enjoying a beer when his handsome stranger appears yet again. Ocho calls out and invites the man to join him. Upon consideration,  Javi decides, “Why not?” Upstairs the familiar dance of the gay hookup begins.

Ocho mentions that he couldn’t find Javi on Grindr earlier. Soon they’re discussing the benefits of PrEP and condom use. So when it comes, their sex is, graphic and very convincing.  At the same time, it’s not eroticized per se. Rather, the camera seems to observe the pair with a slow and unblinking eye. What unfolds is a lingering tryst filled with conversation and fueled by chemistry, wine and cigarettes. Eventually we come to understand that these two men have already met and commingled some 20 years earlier. The film dives into their shared past before picking up again in the present. With 20 years  between them, it would seem these two promising lovers now have very different lives. Or do they? In a twist worthy of many of Latin America’s great writers, the story continues down a very unexpected road.

Read Next | “The Children Act”: Emma Thompson at the Peak of Her Craft 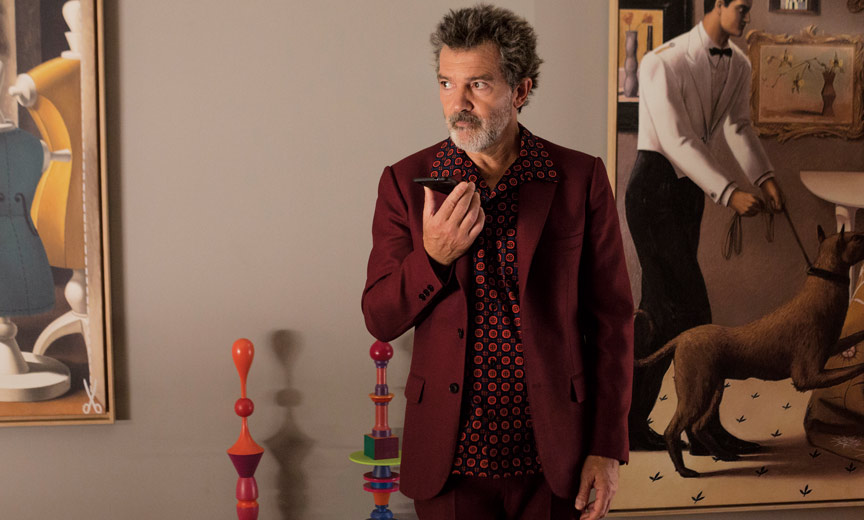 Esteemed filmmaker Pedro Almodóvar returns with what many are calling his best film in years. Pain and Glory is certainly more grounded than 2013’s playful romp, I’m So Excited. It’s certainly less reserved than 2016’s adaptation Julieta. More than anything else, this film is intimate. It follows Salvador, a famous aging and ailing film director grappling with both his present and his past. He is played by a salt-and-pepper-scruffy Antonio Banderas. Though Almodovar has said the film isn’t biographical, the director has obviously put a lot of himself into the character. And Banderas isn’t doing an Almodovar impression (despite the hairdo knockoff of his director’s famous mop).

In fact, the character’s apartment is Almodovar’s actual home. Salvador heads out to visit the star of one of his older films, whom he hasn’t seen in years. He wants the actor do a Q&A after a special screening of their old collaboration, a film called Sabor (Taste). But Salvador actually wants the druggie actor to teach him how to do heroin. Troubled by a laundry list of chronic ailments (muscle aches, joint pains, tinnitus, anxiety, depression), Salvador seeks escape. He is also running from his own memories. Moreover, he’s trying to outrun his own uncertain future as an artist – and the possibility he may no longer able to produce art. Throughout the film, Salvador drifts – sometimes in a narcotic haze – into the past. His reveries lead to memories of his mother (Penelope Cruz) in the 1960s when his poor family lived in a cave/home in the parochial village of Valencia.

The Word: Here’s an atmospheric character study that probes the ghostly mysteries of life without the intention of uncovering any specific truth. 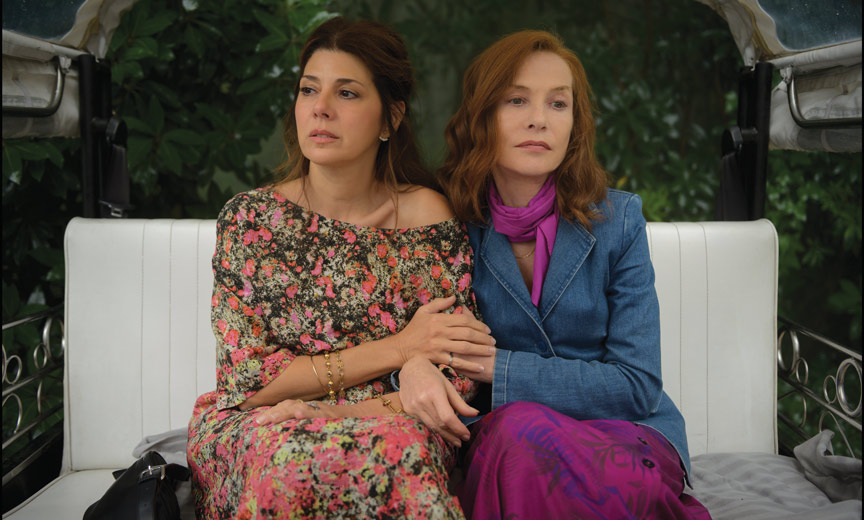 Ira Sachs is one of the finest gay directors currently producing feature films. His brutal look at a long term gay relationship torn apart by time and drug addiction Keep the Lights On caused a stir with its honesty and sad beauty. He returned with an even more acclaimed effort, Love is Strange a bittersweet tale of love vs. reality that featured shining performances from John Lithgow and Alfred Molina. His Little Men is also about a breakup, but of boyhood best friends and with a less distinctly gay theme. Now in Frankie, Sachs offers a portrait of a woman who is preparing to break up with life itself. Frankie (Isabelle Huppert) is a famous actress who appears in good health but is dying of cancer.

Now she’s summoned those closest to her to Sintra, Portugal, a town famous for its fairytale beauty. There, she and her family (legal and chosen) meander the perfect winding streets in conversation or quiet reflection. These reveal truths about Frankie and her relationships. The perfectly bearish Brendan Gleeson (Braveheart, In Bruges) plays her doting spouse, while veteran French actor Pascal Greggory (Non-Fiction) plays her homosexual ex-husband and father of their son (Jérémie Renier – In Bruges). Marisa Tomei plays Frankie’s longtime work companion who has been invited to town unaware of Frankie’s condition. What’s more, she’s got a boyfriend (Greg Kinnear) in tow, and his desire to take their relationship to the next level also becomes part of the story’s arc. True to Sachs’ form, things seems to fall apart, but in the gentlest ways possible.

The Word: This director has an eye for the end of things and asks his audience to reflect on the reality of loss. However, it’s a difficult needle to thread, and while still worthwhile, Frankie is not his finest work.