Femme is a film that gives life to anyone who’s ever been called “a flamer,” “nelly,” “gurl” or “queen.”

Corey Camperchioli’s message is also delivered with such a light comedic touch that audiences can relish the protagonist’s journey from failed hookup to ride share confessional and his final destination — a psychological mini-makeover courtesy of drag diva Aja.

Camperchioli’s 17-minute meringue of a movie has ignited a social media conversation about being a less-than-macho stereotype similar to the viral uproar Karl Schmid caused last spring about being HIV-positive: Assumptions are just that, and not much more.

A recent interview at Huffington Post got Camperchioli a rapid — and rabid — slew of responses, with 90 per cent of the comments favorable. Of course, there were haters too. One wondered why the actor didn’t answer questions in his “real voice.”

Interestingly enough, there weren’t responses from the very guys his film busts — those app trollers who reject femmes, fats, and often minorities or guys out of their preferred age range.

The story of the film closely parallels the young actor’s real-life experience, he explains. “I’d graduated from NYU and was doing auditions trying to get some traction in my career,” he says, “and nothing was really happening; I couldn’t seem to get to the next level. People didn’t know what to do with me. They said I was too ‘specific.'”

While he was in LA scouting work, he ran into another gay man who would become his benefactor. Camperchioli describes Femme producer Benno Rosenwald as another gay man in the industry who “really saw something in me as an actor. He tried to get me into rooms, but we kept running into the same problems as in New York. Finally he said, ‘If you write your own story, I will produce it.'”

Camperchioli believed from the outset that making his film a comedy was the best way to get his message across: “I think that was really important to me in talking about issues. I wanted it to be humorous and digestible, but leaving you asking, ‘Why am I laughing?’ Kind of deconstructing the laugh, if you will.”

His film does precisely that. For a subculture that prides itself on inclusivity, Femme cleverly points out the hypocrisy that permits gay men to rank each other according to perceived masculinity. “For me,” muses the actor, “making the movie was a transformational moment. Working with Benno was the first time I felt someone saw my queerness as an asset, and something that was worthy as opportunity to especially from a gay person to another gay person.”

Just beneath the surface of his film, which plays like an episode of The Real O’Neals, Camperchioli’s script bares a sharp pair of fangs. “Queer people like me think they’re not supposed to take up space and we’re not worthy,” he says flatly.

But in the wake of its release, Camperchioli has discovered just how deeply those teeth bit into something experienced by so many. “I’ve been hearing from people around the world,” he says, “and it’s just been so beautiful. So many say they’ve not seen themselves represented in this way, and they’ll say, ‘it’s my story as well.’

He’s also noticed a newfound confidence ane comfort in his own skin has also helped him in real-life dating situations. As Camperchioli sees it, “any time you’re living your most authentic self and firing on all cylinders that makes people lean forward. I’ve seen that. You take the thing you’ve been trying to hide and embrace it, and now I look for people to love me because of it and not in spite of it. I look forward to more of that as I continue this journey.”


Of course, it hasn’t all been champagne and flowers. “I read a quote once,” he says. “‘The reaction is equal to the size of the wound.’ So I am also getting people coming out of the woodwork to troll me. That’s how deep-seated and personal this discussion is. This challenges everything we’ve been force-fed from even before we’re born. I want to facilitate more conversation about this. Why should boys wear blue and girls wear pink, anyway?”

Camperchioli says his cinematic short is just the beginning. “The people that I’m most interested in seeing this are kids from around the world. I want to get them to not waste the time I did feeling unworthy. If I can save one kid from having to go down that spiral like I did, then that’s plenty for me.”

While he had no idea that his modest little comedy would resonate with so many, Camperchioli is now weighing the possibility of making Femme into a series.

“I’m really starting to see that this is so much bigger than I originally thought,” he says upon reflection. “Last weekend, I was in P-Town in my Femme tank top. Owning it. And I wonder why I ever thought I might somehow be less than. Now I’m choosing to defy that.” 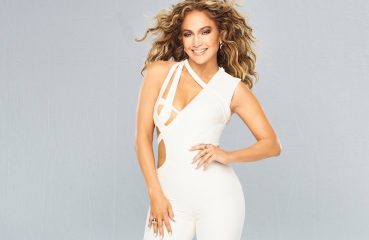 Cardi B, Beyoncé & Jay-Z, J-Lo and Aretha: What You Need to Know about Tonight’s VMAs

Cardi B, and hip-hop’s power couple, the Carters — Beyonce and Jay-Z — are all frontrunners at the 2018 MTV Video Music Awards tonight in NYC at Radio City Music Hall.... 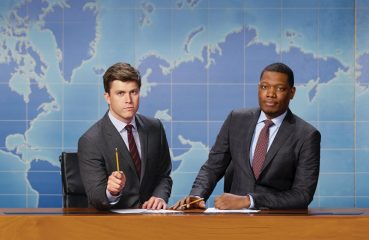 What Will Emmy Season Look Like for LGBT Viewers?

It’s almost Emmy season, and we are excited for the possible twists and turns this year’s awards show will provide. Last year, RuPaul Charles won Best Host of a Reality or...