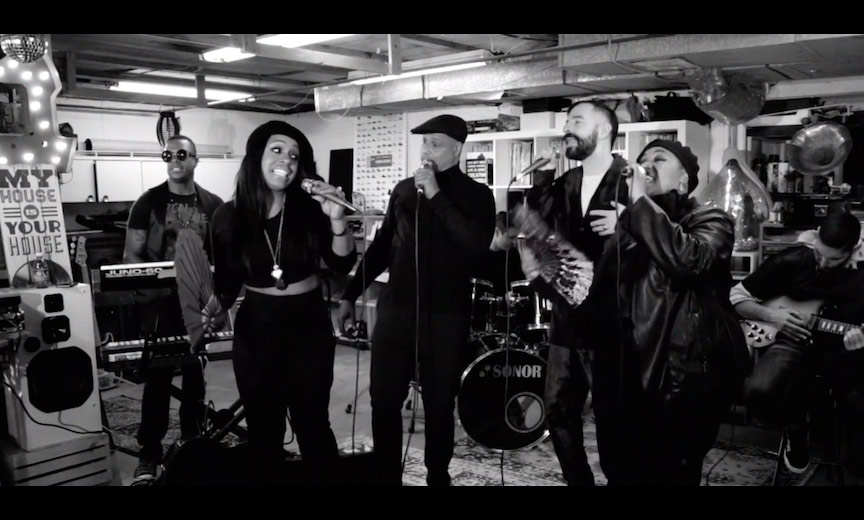 Taking a cue from ’70s funk classics as “Brick House” and “Love Rollercoaster,” five superstars gathered to breathe new life into the genre.

Ultra Naté, Inaya Day, Quentin Harris, Jason Walker and Darryl D’Bonneau are packing five times the punch into Black Stereo Faith’s new music video for “SNL (So In Love).” Filmed at the upstate New York home of producer Quentin Harris and directed by Keith “Kayo” Overton, the quintet appears together in a collaborative effort reminiscent of the “That’s What Friends Are For” music video from the ’80s.

Lifted from Black Stereo Faith’s Top 10 self-titled debut album, the song draws inspiration from the funk/rock/dance hybrids of the era, including hits like Rolling Stones’ “Miss You,” and Funkadelic’s “Not Just (Knee Deep)”. It then mixes urban beats with soul and a dab of rock-tronica. “I envisioned the track in a rock opera-meets-Chic kind of way,” explains Ultra Nate, in a call back to the Nile Rodgers/Bernard Edwards band behind disco hits “Le Freak” and “Everybody Dance.” She co-wrote “SNL (So in Love)” with Quentin Harris and Darryl D’Bonneau.

They consider the track “a song where the layers continue to grow until it reaches a climactic ending.” It was Ultra’s idea to bring Inaya into the track “because backgrounds are her area of expertise and she knows how to make a song soar,” Ultra explains. “The backgrounds on ‘SNL’ truly are amazing,” adds Quentin. “Inaya and Jason (Walker) sure bring in the funk!” Black Stereo Faith’s “SNL (So in Love)” is available on iTunes, Amazon, Spotify and all digital platforms from indie label BluFire/ Epod/Peace Bisquit.

“Its imperative that we club artists support one another,” continues Ultra Naté from her Baltimore home. “House music has always been marginalized. So many artists have been making music for years and have a large body of work to go with their immense talent but are not seeing the benefits. They’re making songs that affect people’s emotions but they, themselves, are not being nurtured. We, as artists, have to create our own platforms because the music industry will not give us one. That’s why collaboration is so important. There is strength in numbers and so many more possibilities for magic to happen when creative souls do what they are put here to do.”

A simple sign in the “SNL (So in Love)” music video seems to say it all: It reads “My House is Your House”. “I keep that sign hanging in my house all year long,” Harris likes to say. “It is a message meant to convey that all visitors are welcome in my space but it has extra special significance to me because it applies to the spirit of house music and our underground club culture that is based on inclusivity and acceptance.”

Getting five house legends together in one room to record the music video was no easy feat, especially transporting them all from New York City to Quentin’s home in upstate New York. “But we all love each other,” concludes Harris. “Its like one big laughter fest of silliness when we get together. Everyone is family and we know we’re doing this for the fans of house music.” 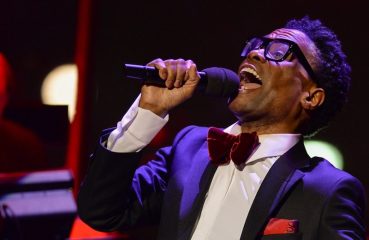 Billy Porter has a way with American music. His grasp of its many forms runs as deep as his ability to perform it. And now there’s new video! Porter is, of course, a Grammy... 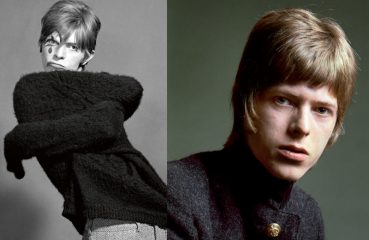 Before All Those Ch-Ch-Changes: A New Book Reveals “Bowie Unseen”

Bowie Unseen | By Gerald Fearnley; ACC Art Books; $25 The subtitle of this intriguing look an extraordinary figure says it all: “Portraits of an Artist as a Young Man.” It’s...