As we’ve spent recent weeks finishing up this issue about 2016’s “People We Love,” it occurs to me that this was also the year I very nearly married the person I love. It all started this August, as we were approaching the one-year anniversary of the big proposal. At the time I had not thought of a year as a long time to be engaged. My fiancé Justin and I had already been together for over five years, and at the very least, it seemed neither of us was in imminent danger of giving birth out of wedlock. Yet persistent questions from well-meaning friends and family made it seem like it had been a long time to be engaged without making more concrete plans.

We’d tried. We considered venues: rolling vineyards, beautiful old theaters, a pavillion that came with its very own carousel. But nothing had quite felt right (e.g. the bathroom situation at the otherwise charming carousel space was particularly dire). We discussed themes for clothing and decor — notionally leaning toward something with a “roaring ‘20s” feel, but we hadn’t tried on suits or considered table settings. We had attempted to make a guest list, which turned out to be nearly double the number of people we had agreed was reasonable. We hadn’t even touched food or music.

The more I thought about how many decisions there were to be made, the the more I felt too overwhelmed to make any. I began having visions of getting married with just a handful of guests in some sort of secluded forest glen. “I almost wish we could just get married while we’re on vacation next week,” I pouted, as we were about to head to the beach with a few of our closest friends (one of whom was licensed to perform the ceremony). It turned out that Justin thought that could be a pretty good idea, and suddenly it was “the plan.”

There was, however, the small matter of finding my birth certificate. I recalled having had it for some passport-related matter a few years ago. I even had an idea of what box to look in. But I couldn’t find it in that box. Nor was it in the next box. I began frantically sorting through piles of magazine back issues and old financial documents. I emptied bags of costume pieces, unpacked childhood keepsakes, checked to see if it had gotten folded inside the pages of favorite books. I tore through the apartment — several times nearly falling from a chair on which I had perched precariously to scour high closet shelves. Justin decided to look up and read aloud to me the byzantine process by which we might potentially get a replacement copy. Finally — with the apartment a mess and my sanity in doubt — I gave up, tearfully informing Justin the universe clearly did not want us to have an impromptu wedding.

The next day, Justin found my birth certificate; I’d missed it in the very first box I opened.

Though glad it was no longer lost, I did not immediately declare Operation Sudden Wedding back on. The sheer heights of mania I had reached trying to find one piece of paper had helped me realize that I was not ready to face this most important of days, and that — whether we ended up saying “I do” on a beach or at a banquet hall — we needed to do it at a time and place that felt right, not simply to get out of making decisions.

I also told Justin that if it did feel right again while we were on vacation, I wasn’t necessarily opposed to going for it then and there. But once we had gathered with our friends, we began having such a truly happy time that I lost all desire to turn it into something else. The situation was perfect just the way we had planned it. I hoped one day our wedding would be, too.

So, while I continue to plan the big day with the guy I love, I’m pleased to share this issue dedicated to the “People We Love.” May you all have lovely holidays and head into the new year feeling happy, healthy and secure in the location of all your potentially important identifying documents.

No one gets everything they want in an election, ever. But with many expressing concern about America’s desire for equality and inclusion, there’s actually much to be... 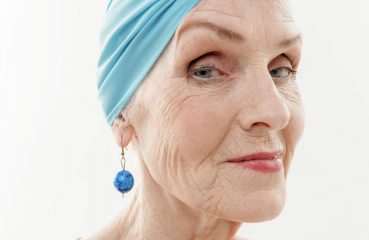 Wade’s visits from his eccentric Great Aunt Blanche gave him some of the happiest moments of his childhood — and the promise of a beautiful future. Here’s Blanche! Great...