Garfield Wilson is Our Ally in Hollywood 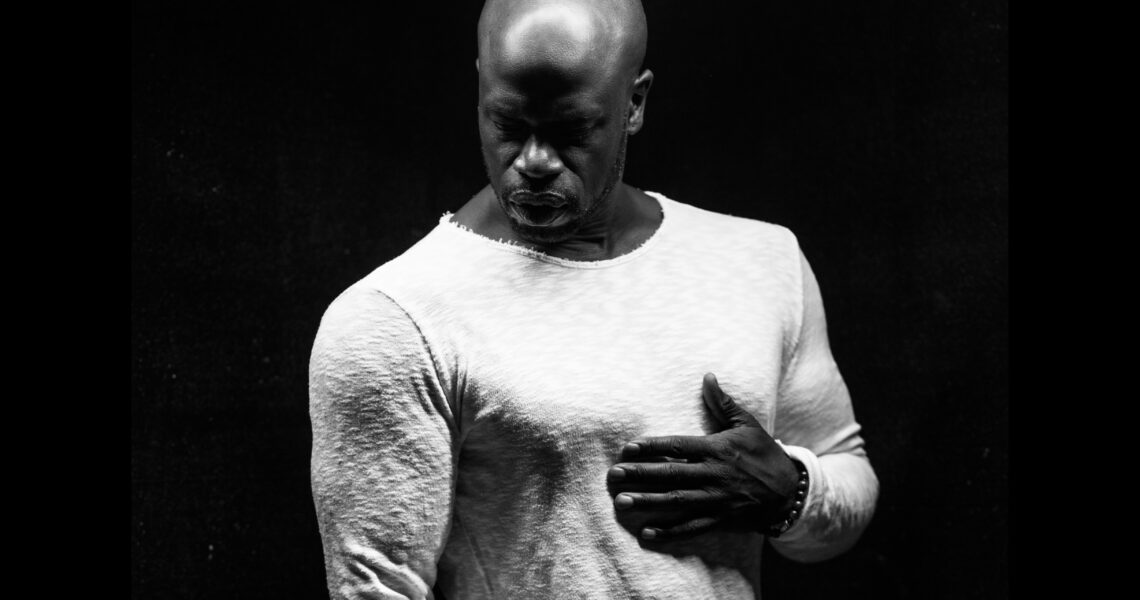 Garfield’s daughter came out as a trans at the age of 9.  Having been bullied as a kid himself, Garfield wanted to create an emotionally safe and stable sanctuary for his kids and not only fully supported his daughter’s transition but has used his Hollywood voice as a platform to encourage other parents to be supportive and understanding of their own kids who may be facing the same issues.  The environment he has provided for his daughter created a springboard for her own activism in the community.  She has been featured across numerous publications throughout Canada highlighting her incredible story and her trailblazing efforts to reduce the stigma others face in the LGBTQ community.

As an ally, Garfield has been front and center, along with his daughter, at Pride events, rallies, and, more importantly, in Hollywood.  No stranger to entertainment, he started his career in musicals (Jesus Christ Superstar, Dreamgirls), and would become a familiar face in a series of shows that include Arrow, Once Upon A Time, Bates Motel, The 100, Continuum, iZombie, Zoo, Netflix’s Travelers, Van Helsing, The Good Doctor, Batwoman, and J.J. Abrams’ Almost Human – the list goes on and on.  But instead of solely focusing on his career, he uses every interview opportunity to talk about the importance of acceptance and the need to support one another, no matter where we come from or who we are.  With the boom in actors in Hollywood coming out as gay, bi, trans, and non-binary, we need strong personalities from the straight world to continue the conversation. 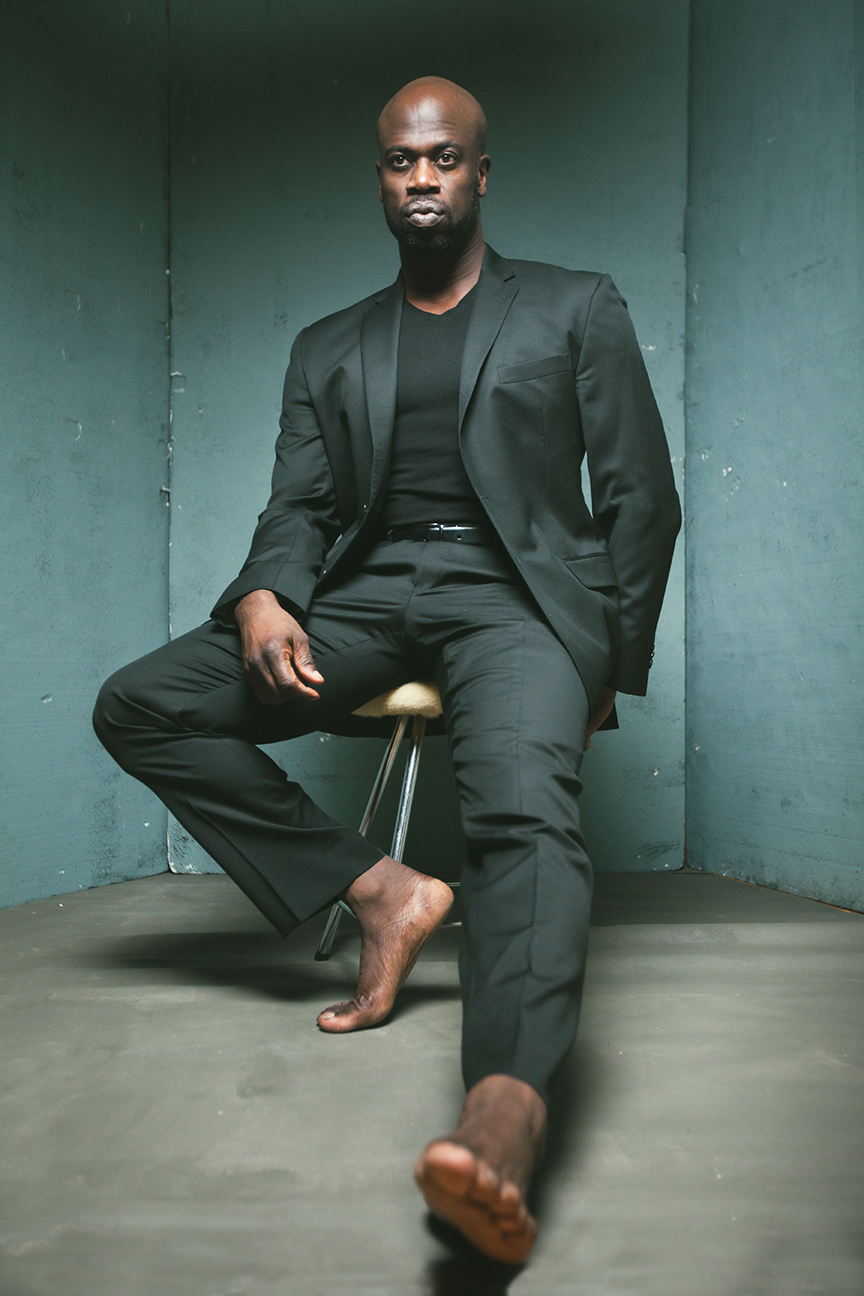 I want to talk about being the child of Jamaican immigrants in Canada…in the US we have our own stigma, assumptions, and treatment of immigrants.  What was your experience as an immigrant boy?

For the most part, I had a very good childhood growing up in Canada and had wonderful childhood friends. That being said, my older brother, younger sister, and I were often the only black kids in our classroom, and we were very often reminded that we were different. Every child goes through some childhood trauma growing up. My childhood trauma was always because of the color of my skin.

What are some of the things from the Jamaican culture that have attributed to the success in your acting career?

My parents brought us up very aware & proud of our Jamaican roots. I vividly remember family outings that were filled with so much laughter, music, amazing food, and VERY strong personalities. You learn at a very early age how to handle oneself amid that dynamic and it’s certainly helped me in my career.

You have many credits in the sci-fi/fantasy/genre – were you previously a fan of that genre? Did you ever think it was going to be such a big part of your career?

I’ve always been a huge fan of the sci-fi genre. You never know how your career will evolve in this business. So, I am very happy to be working in a genre that I’m a fan of, it has been amazing!

I think your current projects are so relevant to our time:

Nickelodeon’s The Astronauts is so compelling because it really reflects the loneliness and separation we are feeling from our families and friends, but it also touches on being pushed to your limits and overcoming obstacles life throws in our way.  As a father in real life, what was creating the character of Niles Taylor like for you?

Playing Niles Taylor was honestly not a huge stretch. He is trying to balance work and being a father in a very stressful job which is very tricky. I often struggle with work/life balance being the father of three. And during all of this Niles’ children are shot into space and he is met with a crisis that immediately puts to risk what is most important to him… His children, and their safety. The global pandemic has had the same effect on me regarding my children’s lives and their safety, at the same time working in a stressful world environment to provide for my family.

TNT’s Snowpiercer is dealing with our current themes – classism, revolts, fighting oppression, isolation…it is basically our nation during COVID right there – just with better actors and outfits.  I want your point of view, as an actor, as a father, as an LGBT ally, as a black man – what is your view on everything going on in the US?

The US has a very long road ahead regarding equality and justice for all its citizens. What POC have endured over the years and particularly in 2020 is beyond heartbreaking.  I am extremely happy to see a new administration come to power in 2021 and even happier to see Kamala Harris sworn in as Vice President. I am cautiously hopeful that after what has transpired these past 4 years, there will be a renewed energy for decency, kindness, respect, accountability and to see racial equality become a reality.

Both sides of our political parties are calling for peace and unity, to come together and move forward…is that possible, should we just move forward, what is your take?

It’s not possible to move forward without addressing that which divides and attributes to so much discontent and disparity for so many. There also must be accountability. So yes, ultimately, we need unity for all, but to heal there needs to be an acknowledgment of what is fundamentally wrong. There needs to be justice that applies to every citizen regardless of class, color, religion, gender, or sexual orientation, and there needs to be accountability. Then we can address equal opportunities and so much more… Once these issues are corrected, those that have been marginalized for years and are not suffering can begin to have a conversation about unity.

What was your relationship with the LGBTQ community before your daughter came out?

Before our daughter came out, we were strong supporters and allies in the LGBTQ community and had amazing friends in the community. That alliance amplified tremendously, and those relationships became even stronger when we embarked on our journey with our daughter.

As a father, what was your first, honest reaction to her coming out?

There were not any role models and very little was out there for us, as parents, to understand trans youth and the transgender community. So, there was a fear of the unknown. What was unwavering was our love for our children and the desire to do everything in our power to support our daughter.

There is a boom in the trans community of coming out younger and younger…this has been met with such hot conversation.  How young is too young?

The question is not “how young is too young?”. Every child’s journey is different because every child is different. What should be paramount for every parent is the unwavering desire to provide a safe emotional space for that child to be fully expressed. To support that child and love them unconditionally in their path to self-discovery. If every parent did that, I think this world would be a far better place. 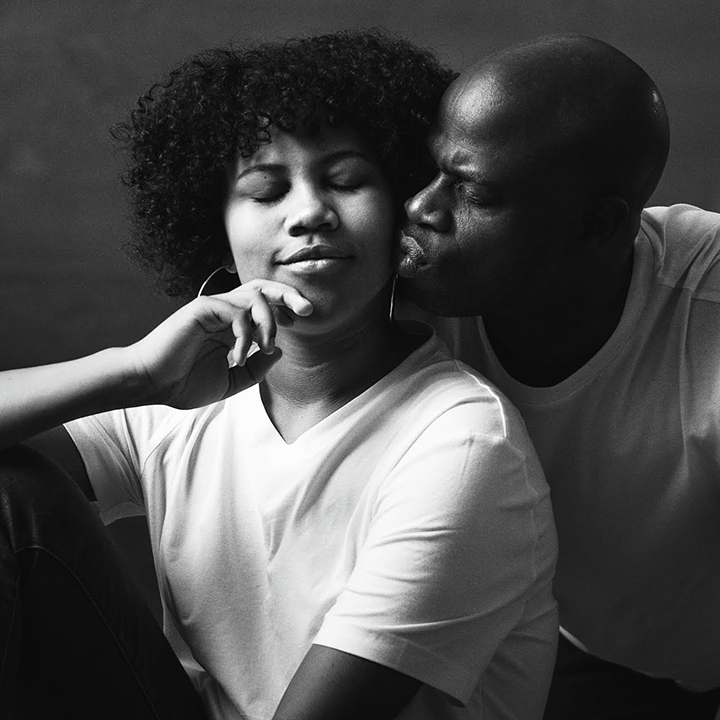 What have been some of the biggest obstacles for your daughter?

I think her biggest obstacle was leaving all her friends at the private catholic school we had to leave when she was nine. That was an extremely difficult time for our family and our children.

Showing unconditional love for your children is supposed to be an inherent thing – we know there are many homeless LGBTQ youths that have been kicked out of their homes for being who they were born to be.  What would you say to these parents?

Our job as parents is to raise the best human beings we can with love, support, and guidance. I don’t understand anyone who disowns their child because they are of the LGBTQ and that parent is not. I simply cannot understand or fathom hurting my children in that way. I can find no words; I just feel deep sadness for those kids and pray their parents come to their senses.

We have seen an explosion of Hollywood names come out as bisexual, gay, non-binary, and trans…as an actor and as a father to a member of the trans community – that must be an amazing thing for you to witness.  Why do you think more actors are coming out?

It is incredible to see and it is a testament to the bravery of so many that have come before. The world we live in is beautifully diverse, I am overjoyed to not only see that diversity becoming commonplace in film and television but also those seeing Hollywood artists living their truth.

Have you witnessed any transphobia in the entertainment biz?  People consider you one of the macho guys and probably do not filter what they say in the “locker room”.

A few years ago, I was on a movie set for about 4 weeks and the green room had a “locker room” vibe with at least 10 guys. One night the topic of conversation was about transgender people. I sat for about 10-15 minutes listening to all points on the subject and then I took the floor and began to educate my brethren. I was pleased to have met ignorance with kindness and education rather than hostility. I had a lot of them come to me privately and thank me for how I handled that difficult conversation and how it opened their minds and hearts. I have kept those friendships ever since.

That the world becomes a far better place, having come out of the most tragic year of our lifetime. 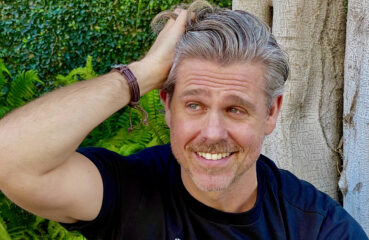 To say 2020 was an interesting year for on-screen entertainment is an understatement.  On one hand, COVID put a stop to production and put actors out of work. On the other hand,... 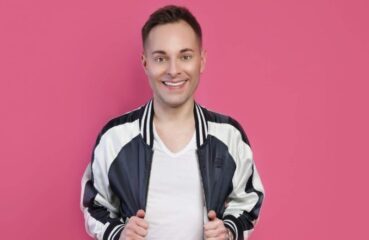 Like many of us, Travis Moser loves attention and musical theatre.  During COVID, this cabaret, concert, and recording artist has been without a stage, with only a shower to...