Once a “Boy Erased”, Author Garrard Conley Sees His Life — and His Conversion Therapy — Come to the Big Screen

Author Garrard Conley, who once considered himself a “boy erased,” is now reaping the benefits life out loud as a gay man, and promoting the movie adaptation of his memoir with a sense of both satisfaction and mission.

The film, which is already gathering accolades and serious awards season buzz, takes a behind-the-curtain look at an Arkansas family struggling with the knowledge that a fundamentalist preacher’s son is experiencing same-sex attractions. And while Conley’s book is an outright indictment of conversion therapy built on a framework of young man grappling with his sexuality, his family and his faith, the cinematic adaptation is a far more intimate affair as director Joel Edgerton (who also appears as the evangelical conversion therapist) has fashioned Conley’s story into a family drama where the parents’ struggle revolves around how best to help their son.

Read Next | This Is How You Learn to Better Appreciate Wine

Conley is under no illusions that everyone who sees Boy Erased — or those who decide not to see it, based on its take on conversion therapy — is open to changing their minds on the topic. “What’s surprising to a lot of people who don’t know the e-mail I receive,” says the author, “is that there are a lot of people who are still in the closet who have felt just from seeing the trailer, some solidarity with my story and feel justified that these big, important actors decided to make a movie about it. That’s one aspect. But there’s also the survivors. I was happy to go along with Joel’s desire to change the culture; but I was interested primarily in creating a visual document of that time period and that experience, because it is extremely accurate in terms of how things are portrayed, especially in the scenes with my family and the therapy sessions as well. Once I got my documents in the Smithsonian, I could breathe easier, because it meant our history would not be erased.”

His story, which reverberated through both the LGBTQ community and religious circles as a book, is now getting a second hearing in the public square, and Conley believes the world is ready for a new conversation about the practice of conversion therapy and the practitioners. “There is something to be said about the timing of the movie coming out,” Conley muses, “especially after the Trump administration announcing just yesterday that they intend to redefine gender in order to disenfranchise trans people. If this movie had come out two or three years ago, I’m not sure it would have the impact it seems to be having today. It seems like stories like this one are needed, especially right now. It’s funny that when I was trying to get the book published, I was constantly being told the story was ‘too gay.’ And now as a film, it seems to be the right message at the right time.”

And what of the conflict that put both the book and the film in motion? Those disagreements between the father, a man of faith, and his son, a man simply trying to be himself with authenticity? Progress has been made, says Conley, who wants to make certain that people know the movie’s stand against trying to change someone’s sexual orientation is not at all the same as a movie that denigrates Christianity.

“This is not an anti-religious movie,” Conley insists, “and Joel went to great pains to make sure it wouldn’t be. It definitely takes a stand on conversion therapy, but it’s very respectful in its point of view. But the discussion with my Dad? It’s ongoing. We had a conversation recently where he was talking about what the church teaches, and I asked him, ‘If the Baptist church could be historically wrong on the question of slavery by using the Biblical quotes they used, couldn’t the same thing be true in terms of what the Bible is supposed to say about homosexuality?’ 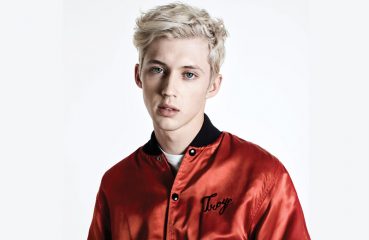 Troye Sivan Bloom (Capitol Records) The Australian singer-songwriter’s sophomore album is sexy, confident and unabashedly queer. The former YouTuber (who was one of the first... 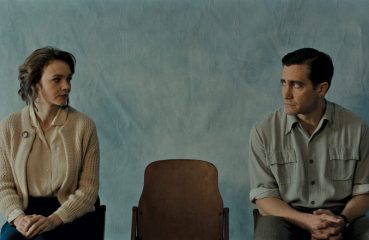 Carey Mulligan and Jake Gyllenhaal star in this meditative tale of a teenage boy witnessing his parents’ turbulent struggles with each other and themselves in 1960s small-town...