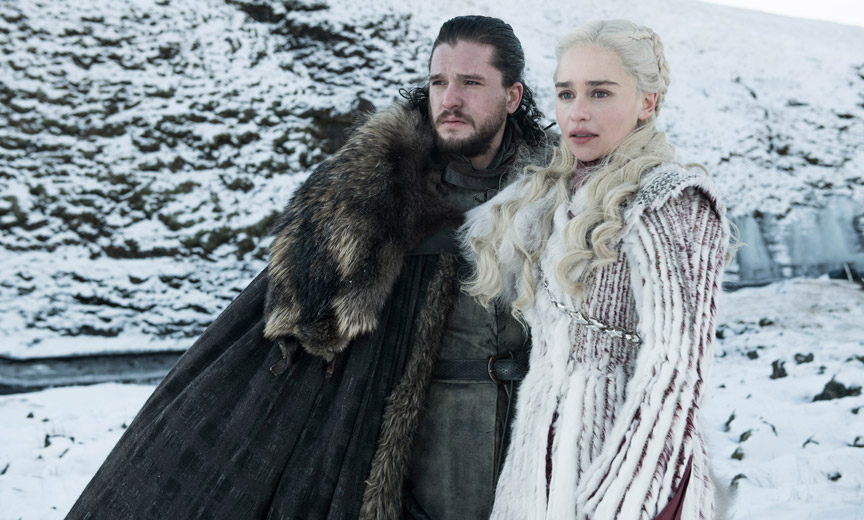 Wade and his husband assumed Game of Thrones wasn’t for them until they discovered it was enchanting – and surprisingly gay.

And Why Do They Want This Alleged Throne?

“Who? Who was that? Why are their names all seven words long?”

The initial episodes of Game of Thrones that Gary and I watched did not feel like the experience my friends had promised.

Gary couldn’t understand the accents, which is also  the reason why we never watched BBC shows or anything starring John Cleese. The GoT cast was so large that I had to start making a flowchart. And we saw more boobs than in a Victoria’s Secret catalogue.

“Just put on House Hunters,” Gary begged. “Or a rerun of Fixer Upper.”

Actually Giving It a Shot

I actually had to be shamed into watching the show. As a former writer for People, I kept getting assigned GOT stories about everything from the actors  to the cliffhangers. And I kept having to ask my editors, “Who in the hell is Jon Snow, and why do people care?”

They were aghast. “Just watch it,” they said.

Growing up, I had never been a fan of epic fantasies. I didn’t do Dune, I didn’t dig dragons and (gasp!) I was never a huge Star Wars fan. I preferred my entertainment more anchored in reality.

But my large and disparate group of adult friends — including an eclectic mix of writers, editors, agents, gay, straight, of all ages — not only universally loved the show but also spoke about it with fierce devotion and loyalty, like I do when I talk about Erma Bombeck.


Getting into the “Game”

So, we finally watched. And Gary, unable to follow it, fell asleep. By the time he woke up, I was on episode three, sitting on the edge of the couch, hands clutched over my heart, pulse racing. “What are you doing, Jessica Lange?” he asked, using the pet name he calls me when he believes I’m being overly dramatic, which is a lot.

I made him watch the episodes he missed, explaining who was who as we went along. By the end of season one, neither of us could sleep. We were worried about characters, sadly realizing sadly that many would be killed off. We binge watched every season until we were caught up. We cheered when Joffrey died. We cried when Catelyn Stark was murdered. For me, it wasn’t simply that the show was superbly well written, acted and directed. It was also how GoT challenged my artistic sensibilities. I kept asking myself: How could I like a show like this?

When I teach writing, I preach that the best writers are the best readers. Writers must challenge themselves to read all genres: Novelists should read memoirs, humor writers should read literary fiction. But when it came to my entertainment, I found myself typically watching the same TV shows: Will & Grace, House Hunters, Barefoot Contessa; sports.

The Gays of Thrones

There was something else, too, something primal about the show and its characters. GoT challenged the norms of both entertainment and society. Gary and I lusted over a shirtless Jason Momoa, even though he was filthy and spoke a language we couldn’t understand. We prayed for Jon Snow not only to survive but also to take off his clothes. We discussed recreating Renly and Loras’s famous chest-shaving scene but Gary worried about handing me a razor. There were both actual gay characters, and those – like Arya Stark and Brienne of Tarth – who defied gender stereotypes.

Moreover, the show was as diva-licious as a season of Drag Race. And it mirrored reality: In a world dominated by men, it was women – Cersei Lannister (please die!) and Daenerys Targaryen (please don’t!) – who were ultimately the strongest of those vying for the Iron Throne.  And those people who society typically cast aside — characters like Tyrion Lannister, Varys and Grey Worm — are the smartest, most sensitive and, thus, most relatable characters. In this current political cycle, it also gave us somewhere to laser-focus our anger.

I have no idea what the final season of GoT will bring, but I will be watching through my fingers like everyone else and holding my breath. And I know a few things for sure:  I will go back and read all of George R.R. Martin’s books. I will dress up as the Mother of Dragons for Halloween. And, henceforth, I will dare to give shows a chance, even if they don’t sound like anything I’d remotely enjoy. 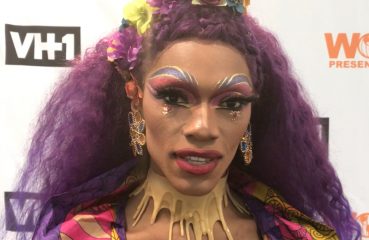 Both the Vixen and Silky Nutmeg Ganache made enemies with their in-your-face styles, but which queen will go down in herstory as a more memorable Drag Race villain? The Vixen vs.... 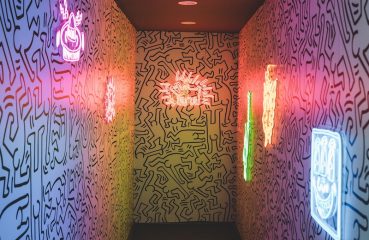 Keith Haring: Artist, AIDS Activist and a Casualty of the Crisis

It took less than 10 years for artist Keith Haring to rise to international fame using little more than outlines and primary colors. He was dead from AIDS complications by age 31....