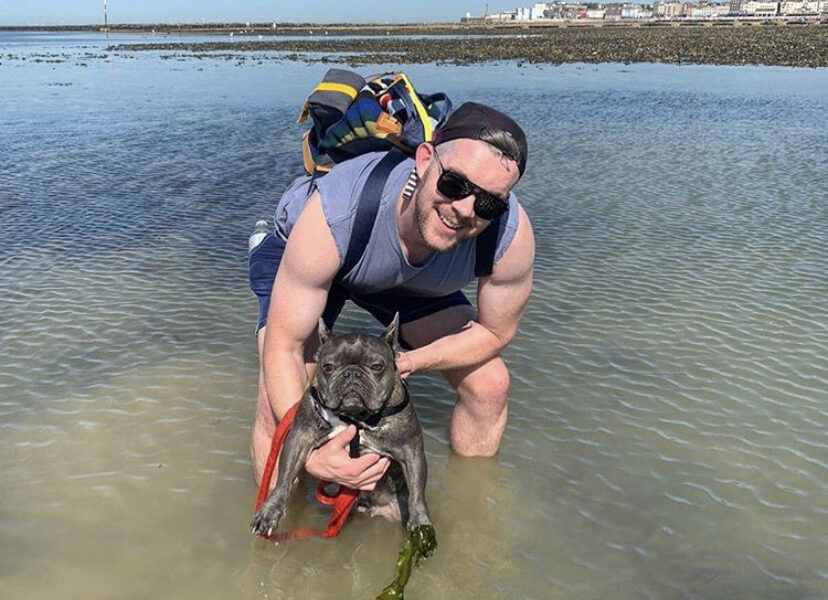 We’ve seen him shirtless on screen, we’ve seen him pantsless in our dreams, but now Russell Tovey is baring more than just his skin; he’s baring his soul.

Tovey is best known as the British heartthrob who scares up laughs and grrrrs galore as a werewolf in the dramedy series Being Human. He got serious last year opposite Oscar winners Helen Mirren and Ian McKellan in The Good Liar. And did we mention he just got an adorbsies (adorable) new pooch named Magic Mabel?

Swoon supreme! But alas, Tovey’s heart belongs to another: the 1980s. Born in ‘81, Tovey revisits the decadent decade in his stage work, having collaborated with Nathan Lane and Andrew Garfield in Angels in America. Both Lane and Garfield won Tonys for their respective roles, but for Tovey, the subject matter won his heart.

The AIDS crisis echoes through Tovey’s latest project, Baby Lies Truthfully. Tovey voices the words of late poet David Robilliard, an out gay man lost to the virus in 1988. Robilliard’s rhymes are whimsical yet clinical. He describes the act of queer love in jaunty couplets, delivered with searing honesty by Tovey.

“The art of getting people’s legs apart doesn’t come easily when you’re old and sick and twisted and walking with a stick. During the transition between cradle and coffin, you turned from prey to vulture.”

Robilliard’s sentiments return time and again to the theme of maturing, and how it is often verboten in queer culture. The poet died in his mid-30s, roughly the same age that Tovey is now, yet both men bemoan the march of time as it rips away loved ones and libido alike.

“The elderly bark. The young bite. Life is a circle of day and night.”

“The cloud over my head. Two pillows on my empty bed. How silently, effortlessly your love flies away from me.”

Sex is fleeting in the short film, but Tovey evokes wondrous depths of yearning as he reads the haunting final stanza.

“My perfect friend would be with me in the end, would banish my loneliness, keep me company, be such fun. Mind, body. Do you mind? I haven’t got any body.”

The viewer is left pondering what partnership and community truly mean. Are we merely bedmates, or something more transcendent? Perhaps the answers lie over the proverbial rainbow.

She can’t resist a rainbow 🏳️‍🌈 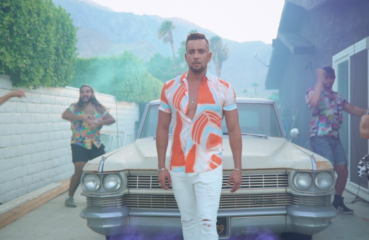 New Video ‘Boomerang’ by David Hernandez is Heating Up the Summer

Boomerang is a new song and music video from American Idol’s David Hernandez, celebrating diversity and “love is love.”  Shot in Palm Springs, David Hernandez is... 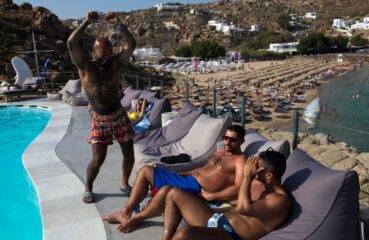 Pleasure comes in waves. The Mediterranean Sea massages the soul with its undulating rhythms, and Mykonos is the maestro of queer satisfaction. Its crystal blue waters are...