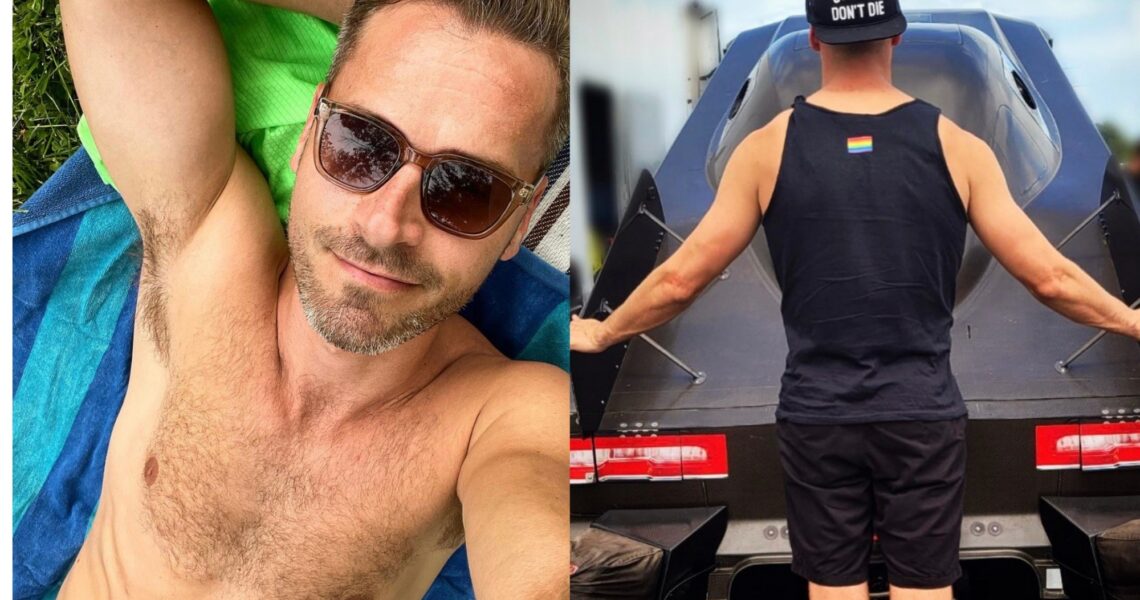 When you constantly drive around in circles, you won’t get anywhere. That’s why the worlds of car racing and progressivism have rarely crossed paths.

You’re familiar with this avalanche of lameness, right? A group of inbred NASCAR fans chanted “F*** Joe Biden” at an event, but the sportscaster mistakenly thought they were rooting for a driver named Brandon Brown.

A meme ignited and our populace got ever stupider.

Now they’re marketing LGB gear so that you can easily identify which cousin(s) wants to have sex with you.

But there is hope on the horizon.

A dreamy motorist named Travis Shumake is maneuvering towards the history books by striving to become the first openly gay member of the National Hot Rod Association.

But aside from his good looks, Travis also has a beautiful brain under that salt & pepper mane.

“I want to open a door for people to feel accepted who have been around the sport forever, for drivers who are in the sport, or fans in the sport that maybe aren’t comfortable talking about their sexuality,” Travis tells AZ Central.

Set the GPS for legacy, because Travis is following the tire tracks of his esteemed parents: dad Tripp was a mainstay in the Phoenix “Funny Car” circuit, and mom Susie broke barriers by working the pit crew way back in the backwards 60s scene.

It’s only fitting that Travis carries their bravado across the finish line.

“People will yell my name and I’ll be taking photos with people who are gay and are at the races and they’re like, ‘You know, me and my husband have come to this race every year for the last 30 years. And we’re just so excited that you’re here. Thank you for doing this.’” 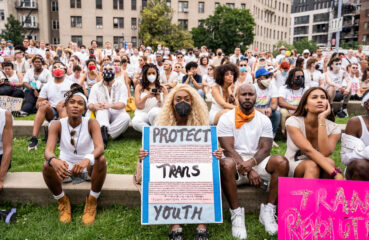 Hugs are emotional currency. When we entwine our limbs, we are literally holding on to a given feeling, be it camaraderie, sadness or triumph. But sometimes, hugs express a desire... 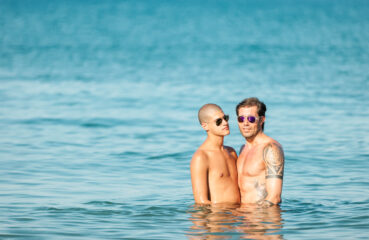 Ah, sex on the beach. It’s more than just a delicious cocktail; it’s a rite of passage. From Sitges to San Diego to the sands of Mykonos, seaside fornication fuels our...