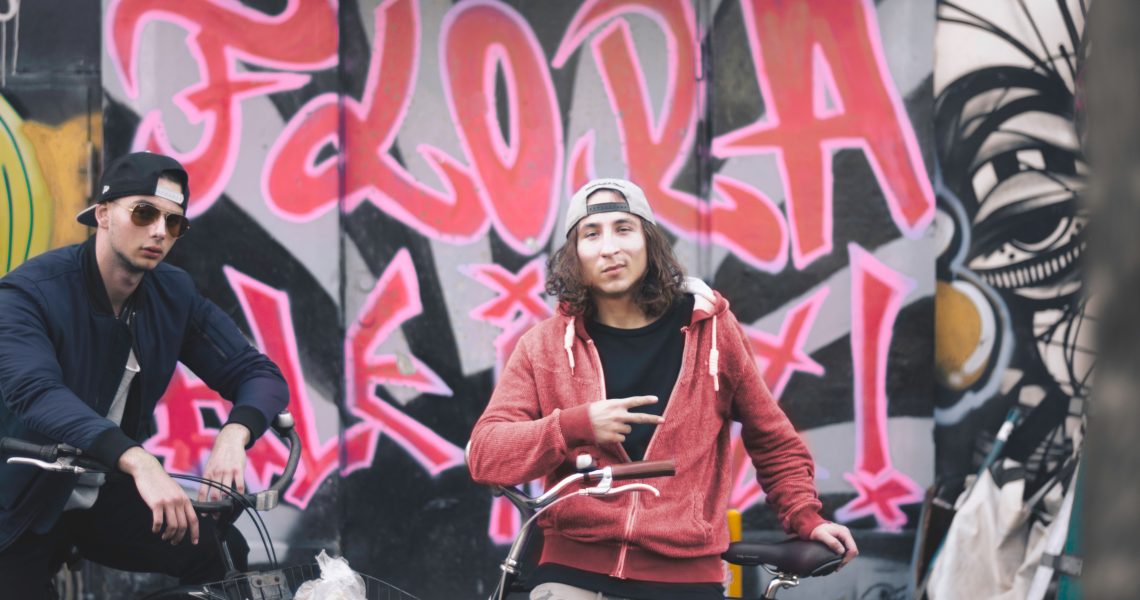 As I approach my 40th birthday as an out-and-proud gay man, I find myself thinking about the years I spent as a closeted teen, including some of the ridiculous things I did to fit in with my straight friends.

A few months ago, I started to wonder, “With all the inclusivity here in Portland, why don’t I have more male friends who don’t identify as gay or queer?”

Then again, sometimes when I meet straight men, I can’t even tell. Two or three times recently, I’ve been introduced to attractive men by female acquaintances. “Oh, hello,” I’ll say, thinking: “She’s trying to set me up!”

Then the friend would continue: “This is Peter, my husband!” or “Meet Gregg, my boyfriend.” It was like an episode of Portlandia.

I blurted out on one such occasion, “Damn, it, all the good guys are with women.”

Out for a Spin

There was a time in my life, as a teenager back East, when my friends were primarily straight. I remember one humid Philadelphia summer night during the last summer I’d remain closeted: We came across a wheelchair – specifically my dad’s wheelchair. Daddy had been in ill-health most of my childhood but was away with Mother at the time. (Given his mobility issues it was most likely a cruise to the Bahamas.) At 16 or 17, my parents had decided I was old enough to stay home and look after myself. We were teenagers looking for adventure, free of parental supervision, so we decided to take Pop’s wheels for a spin.

At the time, we were often under the influence of some cheap weed. (PSA: Kids, I do not encourage you to consume illegal marijuana in your youth; when you’re 18, just move somewhere it’s legal.) I had developed a fascination with taking late-night walks after going to raves. After the parties ended, my best-friend at the time, a suburbanite named Armen, and I would wander the city. We’d both use the “I’m staying at his house” bit. Our parents weren’t friends, so it worked.

This particular night however, there were no raves on deck. So we ventured to the garage, attireded in the Tommy Hilfiger and Ralph Lauren pique polo shirts of the era (and most likely those huge JNCO jeans that seemed to be designed to soak up light flooding). We deliberated which of us would get into the chair. As the perpetual guinea pig among my friends, it was me.

Though we considered ourselves cool in certain circles, we were decidedly not one of the cool kids in South Philadelphia. I was afraid of those much tougher teenage boys. Many of them had already been arrested multiple times. Their parents had given up on making them go to school. They wore white sneakers in summer and black in winter – always Reeboks or Nikes, the latter of which they pronounced to rhyme with “bikes.” Who knows how they hustled up the cash for them?


But perhaps, I thought, we had discovered the ultimate ploy to see how this other half lived. With me seated in the wheelchair, we approached the late-night “corner hangers” cautiously. Naturally, two boys in Caesar haircuts pushing another along in a wheelchair caught their attention.

“What happened to your boy?” one of them said to us. He was also wearing Tommy and also sporting a Caesar cut.

That’s when I realized we hadn’t come up with a reason. So, ever the storyteller, I offered “I broke my leg…”

(This was a patent fabrication. I was not they type to get in fights: I had just compared myself to Queen Victoria when I boarded the wheelchair!)

Cavalierly, I claimed not to be worried about getting the break treated. This elicited thuggish admiration from the guys. My show of braggadocio and contrived toughness earned us the reward of some cheap beer, procured by the 21-year-olds of the group front of a local tavern. On the way home, the golden laughter of boyhood, of risk, of getting away with something, rang out around us as the wheelchair bumped over the city pavement.

My other best-friend at the time, Andrew, grew up where I wanted to, on upscale Rittenhouse Square. I spent much of my time there, going to a prep school near his front door. In that tony neighborhood in the mid-1990s all the matrons looked like Diane Keaton, whereas in my neighborhood, the mothers mostly looked like Italian versions of Fran Drescher – with voices pitched to match.

Andrew was a year younger than Armen and I. He always wanted to do what we were doing, A few nights later, Andrew wanted to take “the chair” out again. So we did. But, of course, we found a way to raise the stakes.

This time, we were approached by a different group of guys about why he was in the chair. Andrew, not skipping a beat, said: “I got shot. In my leg.”

How could they have believed us? Both Andrew and I then looked younger than our age. A friend’s father had even nicknamed him Jiminy Cricket due to his smile – so wide it seemed like it might crack open his jaw. However, the tough guys once again laden with the same gifts from a few nights before – perhaps even more. We came home loaded up with things we weren’t supposed to have. It was an illicit teenage Christmas – with the wheelchair as our sleigh.

Why I Waited to Come Out of the Closet

When Andrew later got married, the wedding was in a very liberal Episcopalian church, where the sexton was openly gay. As I stood talking to Andrew and his other groomsman, they asked me why I hadn’t come out earlier. “I didn’t want to lose my friends,” I said. “I didn’t want anything to change.”

The groomsmen mentioned that they knew other boys around our age who came out earlier: young twinks who had worn full-on glitter makeup to raves, had boyfriends, and had gay teenage lives – even though it was less common in those days. Those guys hadn’t liked me – perhaps because they could tell I was hiding. Even though I had known I was gay then, I had wondered, “What if they didn’t accept me?” I couldn’t imagine a life where I wouldn’t have been Andrew’s best man, then godfather to his son, and later Aremn’s best man. Hell, I even came out to them as bisexual at first to not freak them out too much.

When I recently told the wheelchair story for the first time in over a decade, as usual, people had a hard time believing I’d been the closeted person that I was: that I’d had a girlfriend and hung out with straight Philly boys in stolen wheelchairs, pretending to have been shot.

But now, I am confident enough in my own gay identity to share these stories again. I’m glad that I have memories of being an arguably-stupid, supposedly-straight teenage boy, let loose in a hometown that will never be home again. In the same way, I’m glad that I went off to college in New York to have my very gay experience there.

I’m not jealous of the boys my age who came out younger than me or even of today’s kids, for whom it seems infinitely easier to come out young. I had the best of both worlds, and I’ll always remember the golden laughter of being a “straight” teenage boy. 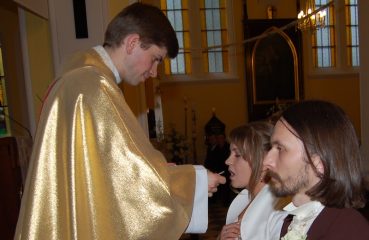 Can you outrun your childhood? Possibly not, I realized after a brief tryst in Louisville. There on a press trip, I bumped into the cutest guy I’d seen in quite some time.... 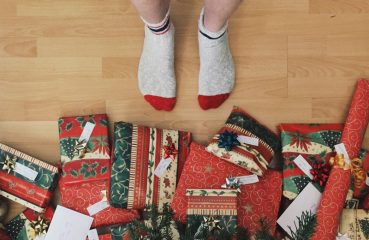 Confessions of a Gay Man Who Gives Terrible Holiday Gifts

My husband, Gary, may be the best Christmas gift giver since Santa Claus, and it’s quite possible he genetically inherited this quality from his mother, who is a virtual Mrs....