Out-and-gay hitmakers were rare in the early ’80s. In America, that meant the cartoonish Village People and drag diva Sylvester. In Britian, there was the Clash-influenced Tom Robinson and synth-popsters Soft Cell (of “Tainted Love” fame) and Bronski Beat. The death last month of bespectacled Bronski keyboardist Larry Steinbachek was revealed over the weekend by his sister. Bronski Beat were more than out, proud and political. They actually had songs that landed in the Top 10 around the world that promoted gay rights. The inner sleeve of their 1984 album Age of Consent listed the ages of consent for consensual sex around the globe. But they are perhaps best remembered for a pair of singles, “Smalltown Boy,” which addresses a teenager forced to flee his hometown when he’s revealed as being gay, and “Tell Me Why,” a plea for understanding and compassion from straights regarding gay love.

The band became the launching pad for vocalist Jimmy Somerville, who went on to score more hits in the late ’80s fronting The Communards (“Don’t Leave Me This Way” and the dancefloor locomotive “Never Can Say Goodbye”). The Bronskis, named for founder Steve Bronski, carried on without Somerville, but did reunite with him for a 1987 at a British concert observing World AIDS Day. Steinbechek was 56 at the time of his death.

It’s worth mentioning that in Margaret Thatcher’s England, both Freddy Mercury and George Michael were still very much in the closet. Here are the band’s most memorable moments: First, “Smalltown Boy,” with its provactive video;

And next, “Tell Me Why,” where Somerville’s soaring falsetto drives home the sting of the Bronskis’ lyric: 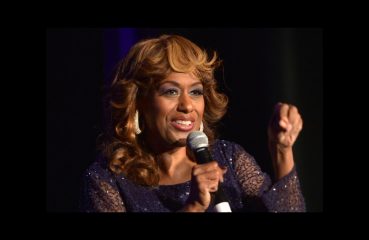 In response to opposition from LGBTQ groups, Dreamgirls diva Jennifer Holliday says she’s turning down Donald Trump’s invitation to warble him into the White House....

Returning to her singer-songwriter roots, Mother Monster bounces from folk to country to pop with enormous success on her latest effort....