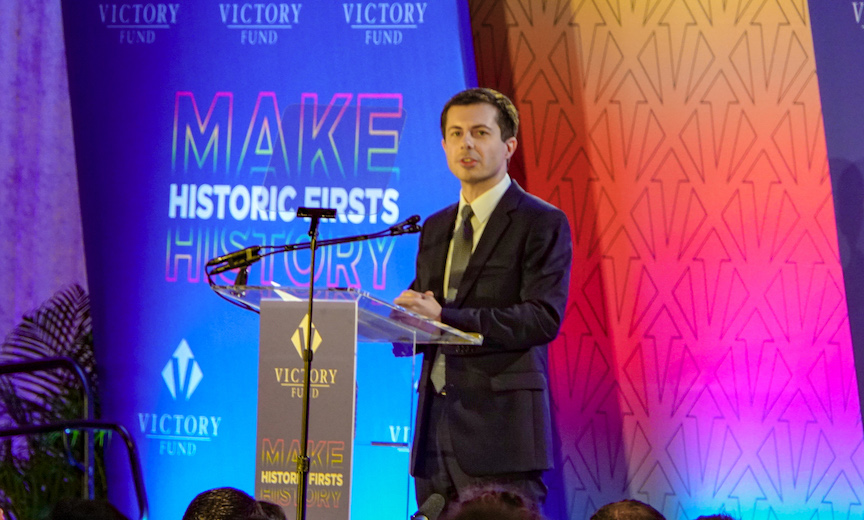 And that’s both good and bad.

A crusade is arguably more inspiring — and therefore winnable — than a campaign. For all their differences, Barack Obama and Donald Trump had that in common. And as Obama advisor David Axelrod likes to point out, open-seat elections are often a reaction to the last Oval Office occupant. If Obama was the remedy to George W. Bush, Trump was the anti-Obama.

Who then could be more opposite the autocratic Trump? Pete Buttigieg is roughly half his age and size. Where Trump likes bluster, Buttigieg is soft-spoken. The mayor served in the U.S. Navy Reserve and took unpaid leave to deploy to Afghanistan. Trump received a series of deferments that kept him out of Vietnam. Buttigieg says his Christian faith impels him to show compassion to the poor and immigrants. Trump is a big business mogul who likes to say “America is full,” as if we were a Red State rally at capacity. He says he is Christian, but his actions are anything but Christlike.

One more thing: women have a hold on Donald Trump. And by his own words, he’s tried to return the favor. Meanwhile Mayor Pete, as the locals call him, is gay and by all accounts, monogamous.

Read Next | The Latest Health Crazes: Here’s What Gets Results — and What Doesn’t

That certainly sets up a battle of opposites not seen since David took on Goliath. But before that can happen, Buttigieg has the daunting task of proving he’s electable. He’ll have to demonstrate that a gay Midwestern mayor could take down a global TV star. It also means beating Bernie, Biden, Beto and a dozen other Democrats in primaries across the country.

The haters are responding too. Think of that moment from Airplane! where a line forms up the aisle to beat the beejeebers out of a frightened passenger. Early on, Buttigieg’s quest was a fairy tale. His exploration seemed inspirational, improbable; almost cute. But raising $7 million in the first quarter and outperforming at every speech changed all that. He’s being taken seriously these days. The Vice President locked horns with Buttigieg last week over religious freedom. Right wing bigots like Tony Perkins and evangelicals are already denouncing not only the mayor’s candidacy, but his faith.


Meanwhile, bloom has left the rose for some progressives and members of the LGBTQ community as well. Buttigieg won’t be the most liberal of the declared candidates. That very thing that makes him intriguing (along with his Harvard education, Rhodes scholarship and facility in seven different languages) to the mainstream and independents fails the progressive litmus test. And, because he didn’t meet his husband on Scruff, and hasn’t taken selfies at a circuit party or in drag, he’s apparently not gay enough for some.

Well, let’s put an end to at least one of those. If you’re a guy in a romance with a man, you’re gay.

Yesterday’s announcement in South Bend was somewhat anti-climactic. In fact, it was one of the least dramatic moments in Buttigieg’s rapid ascension to the top tier. His declaration was an open secret, and no new policy ideas or short soundbites appeared from his speech to ricochet throughout the cyberverse. In fact, his against-the-odds announcement evoked more memories of Carter and Clinton than Obama.

But crusades can prevail. FDR and JFK won with that in mind. Bobby Kennedy’s crusade ended in a hail of bullets. Howard Dean’s came crashing down over a victory yell. But Obama? Trump? Both crusaders, and both beat Hillary Clinton, whose political experience proved no match for either.

For the moment, Buttigieg remains the most alluring Democrat to appear on the national stage in a decade. And, should he somehow become the Democratic nominee, he might just be the guy who could topple Trump.

LGBTQ Marriage in America News: The State of Our Unions

Arizona Scottsdale residents Nick Caprio and Matt Jacobi are planning a May wedding. In preparation, they created a same-sex wedding Barbie set for their eight-year-old niece,... 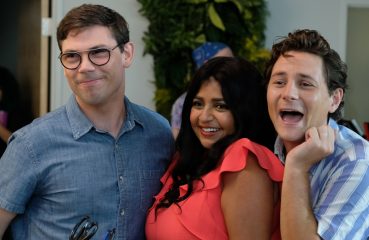 The second weekend in April was a big one for TV. Of course, Game of Thrones returned. And heartthrob Noah Centineo continued his rom-con reign with The Perfect Date. But...