A Gay Scrooge? This is How to Queer “A Christmas Carol” 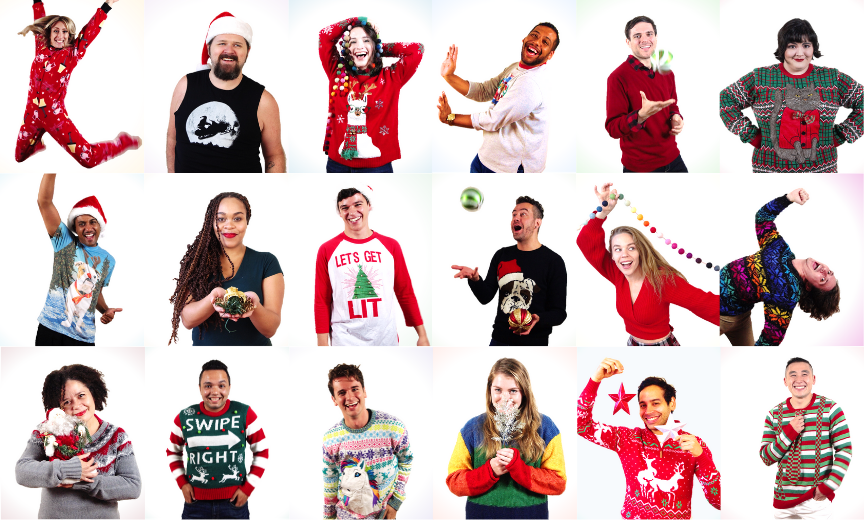 Bah, Humbug! You’d be in a bad mood too if you’d spent your entire life in the closet. And that’s just one of the reimagined ideas in a new gay-friendly retelling of Charles Dickens’ classic, A Christmas Carol. The show opens Wednesday at the Access Theater in Manhattan.

The mischievous mind behind The Christmas Carol: A Queer Fantasia is James Cougar Canfield. The playwright director says that Dickens’ tale “has been an important part of my life as far back as I can remember. And we all know it by heart, whether it’s from regional theater productions, TV or the Muppets; it’s everywhere.”

The idea actually came from Canfield’s father. “A year and half ago,” he says, “I was talking with my Dad and I said, ‘I need to write a play that’s going to make me some money.’ And he suggested I write an adaptation of Christmas Carol because I wouldn’t have to pay for the rights since it’s in the public domain. So I wrote a draft and it was fine… but then I attended a Queer playwright panel at the Skirball with Terrence McNally, Larry Kramer and Matthew Lopez. And that changed everything.”

As Canfield tells it, “in his later years, Kramer had written all these books about how everyone was gay. And I thought, ‘What if Ebenezer Scrooge was questioning his sexuality? What if the story was really about his dealing with who he was as a person and who he needs to be as a man?”

Read Next | Taylor Mac: This Christmas, Try it With a Little “Holiday Sauce”

From there, the playwright explains, “a lot of the plotholes that exist in Christmas Carol started to make sense to me. Things just fell into place. Instead of choosing Belle, Scrooge leaves her to make money because that’s the expectation and the only option open to him as he sees it.”

There’s also a love interest for the young Ebenezer. “In the original,” says Canfield, “there’s a character named Dick Wilkins, who worked with Scrooge when he was with the working with the Fezziwigs. They’re described as best friends and then he disappears and you never hear from him again. And I thought, ‘Oh, they were lovers.’ So I’m using things that actually were in the novel.”

Canfield also chose to set the show in the present. Gone are the topcoats and corseted dresses. And when the Fezziwigs throw a party, it looks very much of the moment. And, while there may have been a temptation to make drag queens the ghosts of Christmas past and future, Canfield thought to ground the show in a bit more firm reality.

“Well, two of the three spirits are women,” he laughs. “You know, women get left out. And thought, what gay man doesn’t have a lady friend guiding him?”

Scrooge has been played by dozens of actors ranging from Yosemite Sam to Marcel Marceau to Orson Welles, Patrick Stewart and Tori Spelling. Not all of them would likely have pleased the author.

“But honestly, I think Charles Dickens would love this,” Canfield muses. “Because his work was always focused on the here and now of his day. And we’re also bringing some comedy to it, so I think it’s exactly what he would be doing if he was around in 2019. We’ve spiced it up, made it a little funnier and sexier, but my main note as a director to the cast is that we are pushing the idea of joy.” 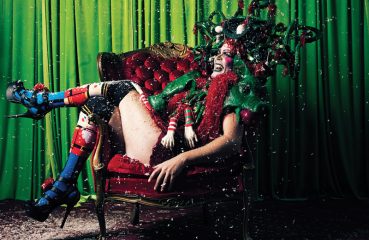 Taylor Mac: This Christmas, Try it With a Little “Holiday Sauce”

When it comes to live entertainment, you can’t get more cutting edge than Taylor Mac. You may have heard about the actor, playwright, performance artist, director, producer and... 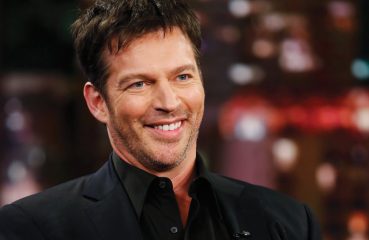 Harry Connick, Jr. has done plenty to endear himself to gay audiences, including playing Debra Messing’s love interest through several seasons of NBC’s Will & Grace. Now...