LGBTQ characters are less visible on screen, World Cup fans are warned to refrain from showing PDA, and the man who put Madonna on the map has passed away at the age of 65.

The LGBT media advocacy organization GLAAD has issued its sixth annual Studio Responsibility Index report, and the numbers are not good.

Despite high-profile pictures like Call Me By Your Name, Love Simon and God’s Own Country, the report states that in 2017 only 14 major studio offerings featured LGBTQ characters — which makes up only 12.8 percent of films.

According to GLAAD, that represents a 5.6 percent decrease in a single year, as 2016 gave audiences movies with LGBT characters in 18.4 percent of the films released by the seven largest studios.

As perspective, the report states that 2017 provided the fewest number of LGBT inclusive films since GLAAD began keeping records in 2012.

Upon issuing the report, GLAAD chief executive Sarah Kate Ellis had this assessment: “At a time when the entertainment industry is holding much-needed discussions about inclusion, now is the time to ensure the industry takes meaningful action and incorporates LGBTQ stories and creators as among priorities areas for growing diversity.”

World Cup Fans Warned to Hide Their Pride in Russia

How anti-LGBTQ is the Russian World Cup likely to be?

According to the Football Supporters’ Federation, football fans who have LGBTQ identities or sympathies are “strongly” warned against public displays of sexuality at the Russian World Cup. The competition begins June 14.

In a series of guidelines posted on Gov.UK by the FDF in partnership with the Football Association and Foreign and Commonwealth Office, memnbers of the LGBTQ family or their supporters should refrain from holding hands or showing other outward signs of affection or affiliation in order to ensure their safety.

The advisory, which also includes warnings to ethnic minorities as well as LGBTQ tourists and fans, states, “it is strongly understood and advised that you do not publicly display your sexuality.

The post goes on to explain that “with any trip abroad it is essential to understand your destination’s cultural and ideological beliefs. Whilst often you are able to behave as you would in the UK, certain things must be treated with caution in societies less tolerant than back home.”

The post is a chilling reminder of just how dangerous it is to be out and proud in Russia at the moment. And the more subdued visitors are, the less likely they’ll be to attract the wrong kind of attention. The advisory extends from personal interaction to the waving of rainbow flags. They’re not expressly forbidden, says the federation. Just the same, as the Russian FA’s equality officer Alexei Smertin explained, personal responsibility means remaining aware of the risks fans are taking at every moment of their visit.

The post adds, “there would be no ban on rainbow colors in Russia and fans would not be victimized for expressing feelings, although it is widely believed this could depend on individual circumstances,” the post reads.

Lastly, the post suggests that trans fans have someone on hand to help them navigate bathroom visits, or — if possible — to use bathrooms designated for the disabled.
The post admits that “going to the toilet is a specific concern for trans people going to Russia for the World Cup.”

Love Madonna? Well, one of the men most deserving of your gratitude died over the weekend. Grammy award-winning producer and musician Reggie Lucas died of heart disease Saturday in New York at the age of 65.

What was on that record not only ignited Madonna’s career — it helped return dance music back to the radio and record charts after it had been all but banished in the demise of disco at the dawn of the ’80s. The album not only included “Borderline” and “Lucky Star,” but “Holiday” and the dancefloor throwdown, “Burning Up.”

Lucas’ daughter made the announcement on Facebook, posting that “after a long and arduous struggle with his physical heart (his emotional one was perfect) he was called home.” She added, “I wish he’d had more time, I wish we’d all had more time with him. But he left this world absolutely covered in love, with his hands held and his family beside him.

Upon hearing the news, Madonna took to both Instagram and Twitter. Her Instagram post read: ‘So Sad to hear that Reggie Lucas is Gone. An important part of my musical past!” She included the hashtags “Lucky Star” and “Gratitude.”

Here’s Lucas at work on an early take of “Borderline:”

A new survey finds underage sex app users; the Pope now says that God made gay people, and Jennifer Anniston will have a wife in the White House.... 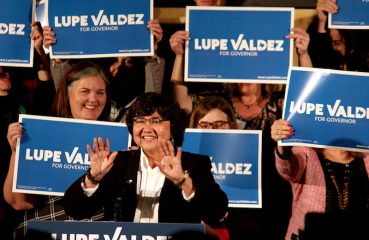