From Glenmere Mansion to St. Moritz, These Celebrity Destinations Will Make You Hate Your Life 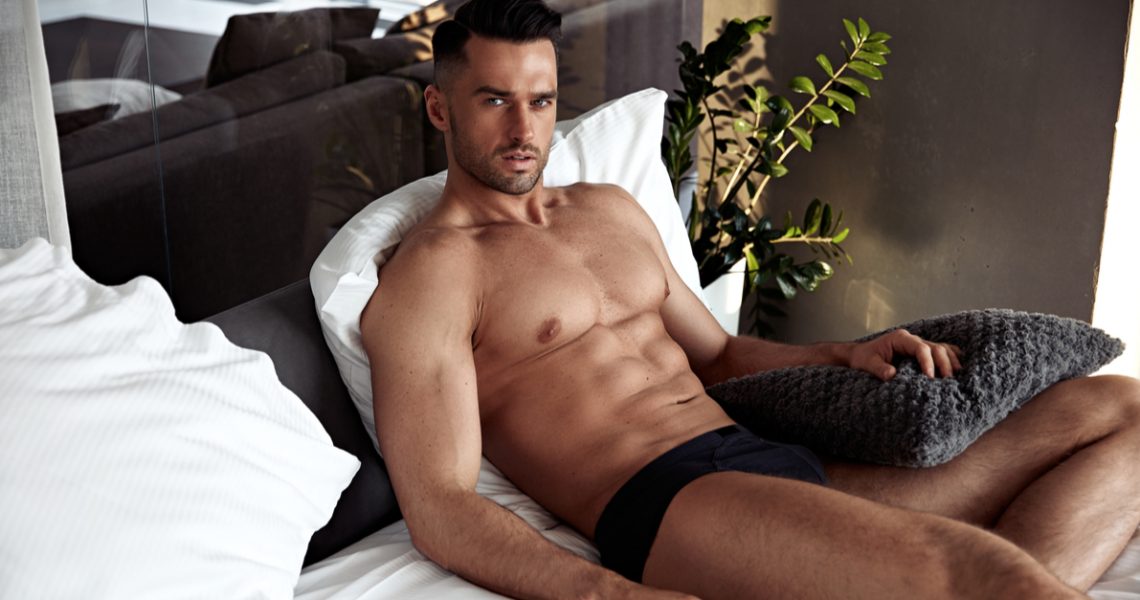 Hit the heights like George Clooney, see Baja like Eva Longoria and make a great getaway with Sarah Jessica Parker.

It’s not often that one receives a transfer by Rolls Royce. But there it was – complete with uniformed chauffeur – to transport me to my destination. I couldn’t help but think: “So this is how it is for the rich. The beautiful. The powerful. This is life for the people who stay in the penthouses. On the private islands. At the most luxurious suites in five-star hotels.” To give you a taste of their high life, we’ve assembled an assortment of some of the world’s most celebrity-seductive accommodations. And we’ve thrown in the famous names on their guest lists, to boot. 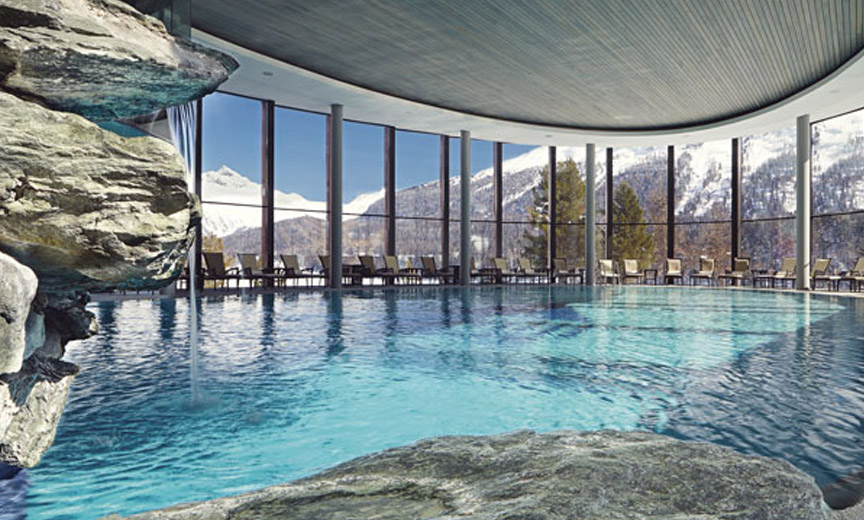 Located in the glacier-topped Swiss Alps, St. Moritz has attracted the well connected since 1864. A two-time host of the Winter Olympics, St. Moritz became the pinnacle of VIP nightlife in the 1960s and 1970s. That’s when all-night parties there were frequented by Andy Warhol, Brigitte Bardot and a swarm of jet-setters. No wonder George Clooney winters at Badrutt’s Palace Hotel.

Opened in 1896, Badrutt’s occupies four acres in the center of town. It comes complete with its own luxury complex of designer boutiques and jewelers. An architectural mélange of Gothic façades and Tudor arches, the hotel rises like a castle above Lake St. Moritz. Its 157 guest rooms and suites are furnished with period antiques. Each chamber is unique. Balconies face the lake for panoramic views of the Alps.

For more than a century, Badrutt’s has hosted royals (including Prince Charles) and luminaries from around the world. Their guest registers read like a vintage Hollywood call sheet: Alfred Hitchcock, Marlene Dietrich, Charlie Chaplin, Audrey Hepburn.

Often known as “the living room of St. Moritz,” Badrutt’s Le Grand Hall is an eye-popping repository of art and fanciful memorabilia. Many pieces were left to the hotel by guests. Coffered ceilings and neo-baroque paintings evoke a Renaissance palace. It made fitting backdrop for one of Boris Becker’s weddings.

In addition to the endless revels at its infamous King’s club, events at Badrutt include an “In Concert” series featuring performers such as burlesque icon Dita von Teese and songstress Ute Lemper. Badrutt’s also sponsors signature St. Moritz events. These include the Snow Polo World Cup and White Turf, a horse race conducted on a frozen lake. A short hike away, you can sink your teeth into some cool jazz at the Dracula Club. Few couples were more celebrated during the 1920s than F. Scott Fitzgerald and his wife Zelda. They created fashionable scenes from the South of France to the “West Egg” of New York’s Long Island. The Fitzgeralds would have been equally at home at Glenmere Mansion in the lower Hudson Valley. Celebrities such as Justin Timberlake, Jessica Biel, and Tyra Banks have toasted the good life there.

Glenmere was designed by Carrère and Hastings. They’re the architects behind Manhattan’s beautiful beaux-arts New York Public Library. The mansion was built in 1911 for Robert Goelet, who hosted numerous Gatsby-esque parties there. His guests included Babe Ruth and the Duke and Duchess of Windsor. The 3,000-acre estate is crowned by a 35-room hilltop Tuscan villa overlooking Glenmere Lake.

Glenmere’s 21st-century renaissance commenced in 2005 when proprietors Dan DeSimone and Alan Stenberg bought the mansion. They reopened it as a luxury hotel and spa with 18 guest accommodations and two restaurants. Some guests at Glenmere — such as Hillary and Bill Clinton — choose to swoop in via personal helicopter to the estate’s front lawn. Glenmere’s butlers await their arrival.

The expansive grounds of the estate include lush meadows, fountains, a pool pavilion, and formal Italian gardens. The latter were originally designed by notable landscape architect Beatrix Farrand. Within the Gilded Age mansion, you’ll find marble staircases and columned porticoes and a mahogany paneled librar. There’s also a spa complete with a bathhouse and a hammam. Guest accommodations feature working fireplaces, terraces, curated antiques and fine art. And the spirit of Scott and Zelda is celebrated in perpetuity by Glenmere’s signature Gatsby Martini. Situated at the southernmost tip of Mexico’s Baja California Peninsula, Los Cabos remained remote and rural for much of the 20th century. That’s one reason why Hollywood stars like Lucille Ball and Ava Gardner and politicos including former president Dwight Eisenhower began traveling there via yacht and private jet.

Perched on a hilltop, the resort’s new Villa One is even bigger at 14,000 private square feet, resembling a sleek glass house with panoramic views of the Sea of Cortez and Los Cabos. Celebs appreciate its separate Butler Suite and a dedicated household staff, including a fitness trainer and spa therapist. Plus, the Villa One pantry is stocked according to guests’ personal tastes, complete with private wine cellar — for $12,500 a night.

Restaurants at the resort include Michelin-starred Jean-Georges Vongerichten’s Seared and his sushi-and-ceviche amalgam Suviche. There’s also a 95-foot, four-cabin luxury Catari Yacht — for those guests who seem to have accidentally left theirs at home. President Barack Obama spent so much time at The Jefferson (pictured, above jeffersondc.com), the elegant hotel became known as Washington’s second-most prestigious address. Obama often entertained entertained at Plume, the Jefferson‘s acclaimed restaurant. He also hosted a private dinner in its Parlor Boardroom. Dignitaries and VIP guests make use of an unmarked door in the hotel’s private wine cellar. (To honor the former President, they whimsically referred to it as the “BaRack entrance.”

Befitting its namesake (our nation’s third President), the 96-room luxury hotel is a bastion of refined design. A library off the lobby is modeled on Thomas Jefferson’s own book room. It’s located a few blocks north of the White House. The Jefferson opened as a luxury residential building in 1923. Eventually, it became a hotel in 1955. Guest rooms and suites feature Italian stonework and concealed mirror LCDs in bathroom vanities. Walk-in showers offer bespoke toiletries formulated with herbs and botanicals once grown at President Jefferson’s home, Monticello. Hotel Skeppsholmen was designed by the architect of Stockholm’s Royal Palace in 1699. It was once home to the city’s contingent of Royal Marines. The long, serene property is located on a sylvan isle near the middle of the city. The King of Sweden used to sip hot chocolate there in a small castle known as the Skating Pavilion before heading out for a spin on the ice.

If it’s good enough for royalty, no wonder Skeppsholmen’s understated glamor draws guests like Sarah Jessica Parker. Much like Carrie’s apartment, the design hotel showcases its maritime roots in a Gustavian palette of grays and pastels. Stone staircases and wooden shutters are complemented by modern furnishings from local design firm Claesson Koivisto Rune. 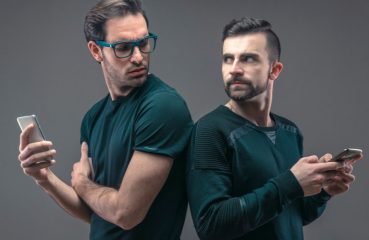 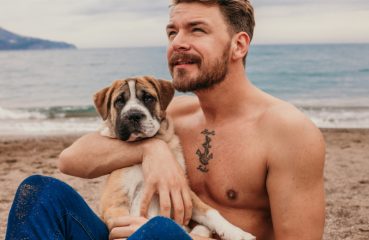 It’s a Dog’s Life — and This is Why Gay Men Need a Pooch, Too

Sometimes a furry friend can help mend a broken heart — or even repair a relationship. But their biggest gift may be the lessons they teach about second chances. The moment I...