The Go-Go’s musical, Head Over Heels, isn’t likely to challenge Othello or Death of A Salesman for great insights into the human condition. It’s certainly not tackling big topics or social upheaval like Les Miz or Rent, either. But is it a frothy night of fun in the theater? Absolutely.

The text of the show (based on 16th century author Sir Philip Sidney’s “The Countess of Pembroke’s Arcadia”) resembles nothing so much as a drawn out sketch from the era of commedia dell’arte, or one of Shakespeare’s comedies of mistaken identity.

What’s clever is that the book by Jeff Whitty and James Magruder takes the centuries-old conventions of these art forms and turns them on their head. What were once tropes about class and misogyny are reworked for an LGBTQ-friendly world (and audience) in a way that hews to the intent of the Bard’s classics: to reconcile those societal judgments that keep young lovers apart and make sure that the romances that are fanned into flames get their just resolution.

Of course appended on top of all of this are the handful of hits the Go-Go’s had in their early ’80s heyday. You already know the title song will be in there somewhere, as will their breakout single, “Our Lips Are Sealed” as well as “Vacation” and their cover of the ’60s classic. “Cool Jerk.” What you won’t expect is how cleverly each of these tunes is used (in fact, whenever some new jolt spins the plot in a new direction, the cast bursts into a three-second snippet of “Skidmarks On My Heart”).

Ultimately, Head Over Heels is a delightful confection of sturdy popcraft melded to a theme that’s both anachronistic and perfectly in step with the moment, confronting in the gentlest way possible notions of gender and sexual orientation.

The evening’s juiciest bits belong to Bonnie Milligan, who, as the King’s first-born, just can’t seem to find a suitor who will suit her. Her comic timing is always a beat ahead of the action, and she makes the most out of every moment she’s in the spotlight. Rounding out a superb supporting cast is Peppermint, whose role seems tailor-made for her. As the first trans person to lead a Broadway show, hers is a legacy that may well outlast the modest charms of the show itself. 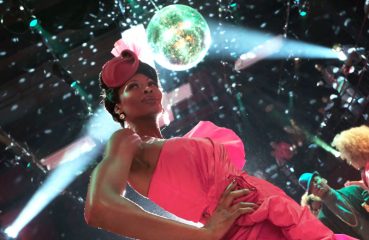 What are we hoping for Blanca, Angel, Elektra, Pray Tell and company when FX’s diverse drama Pose returns in 2019? Spoiler Alert: This article contains references to plot... 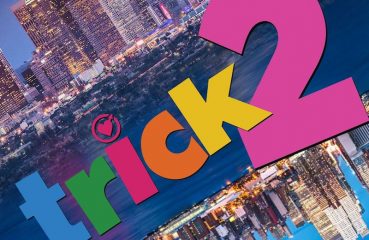 Trick 2, a sequel to the much-beloved gay rom/com of 1999, is in the early stages of pre-production, according to the original film’s director, Jim Fall. Many Trick fans...