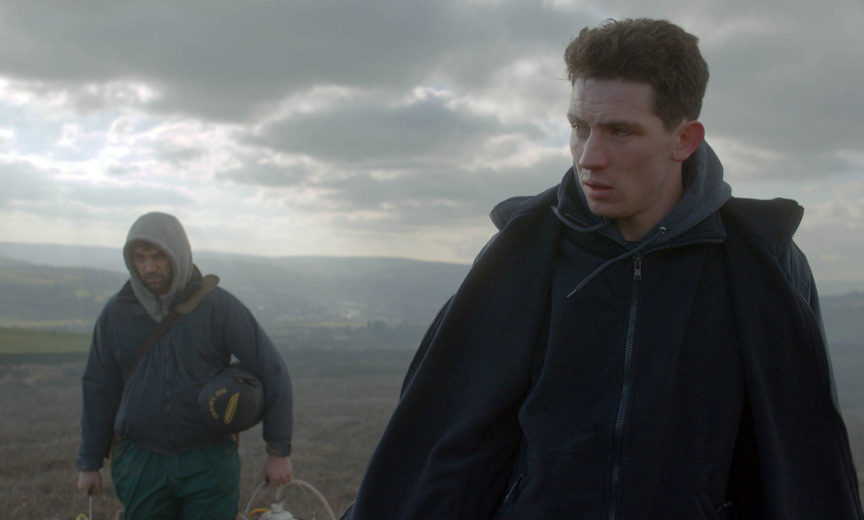 It would be both accurate and yet also a disservice to refer to this film (as I have sometimes heard it called) as “Brokeback Mountain set in North England.” While this tale of a lonely young farmer falling in lust (and ultimately love) with a Romanian farmhand bares many powerful similarities to Ang Lee’s masterwork, God’s Own Country is also quite different and a cinematic accomplishment on its own terms. Most notably, this is a more hopeful film, with timely and positive messages about immigration, the humane treatment of animals, and creating opportunities for individuals from different backgrounds — and in so doing, help the whole world to heal.

Relative newcomer Josh O’Connor plays Johnny Saxby, a spirited man slowly being crushed by both the weight of his small family farm (which has become totally reliant on him after his father’s crippling stroke) and the rural circles in which he moves. He gets by through binge drinking and finding the occasional anonymous sexual encounter when he goes to town to sell a cow — until his parents (father Ian Hart of Finding Neverland,and mother Gemma Jones of Bridget Jones’s Diary) hire temporary labor: a handsome displaced Romanian named Gheorghe.

Actor Francis Lee directs his first feature film with a rigorously naturalistic style which allows the stark yet beautiful setting (an often breathtaking, albeit gray, North England) to speak for itself, while the emotional and sexual tension becomes strikingly real and palpable. It’s often quite visceral: rough sex in the mud, complete with spit for lubrication. What initially seems like a bleak and brutal world one could only hope to escape becomes by the end of the film a place of creation, life and possibility befitting the title. THE WORD: This is sure to be hailed as one of the very best gay films of the year. COMING TO: Theaters 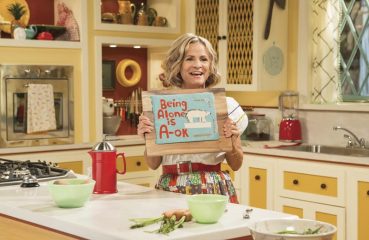 It’s time to get your DIY on! Actress, comedian and former Metrosource cover girl Amy Sedaris returns to television October 24 on At Home with Amy Sedaris. Along with a cast of... 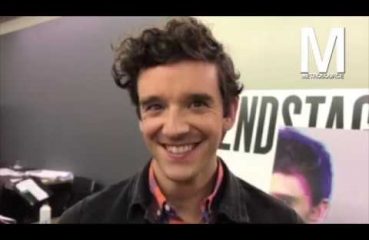 “Torch” Is Passed From Harvey Fierstein to Michael Urie

Actor, director, producer and TV show host: Is there anything Michael Urie can’t do, or won’t try? Sitcom fans first discovered him in 2006 playing Marc St. James on...