Homoerotic and Hypnotic: This is the Artwork of Gus Van Sant 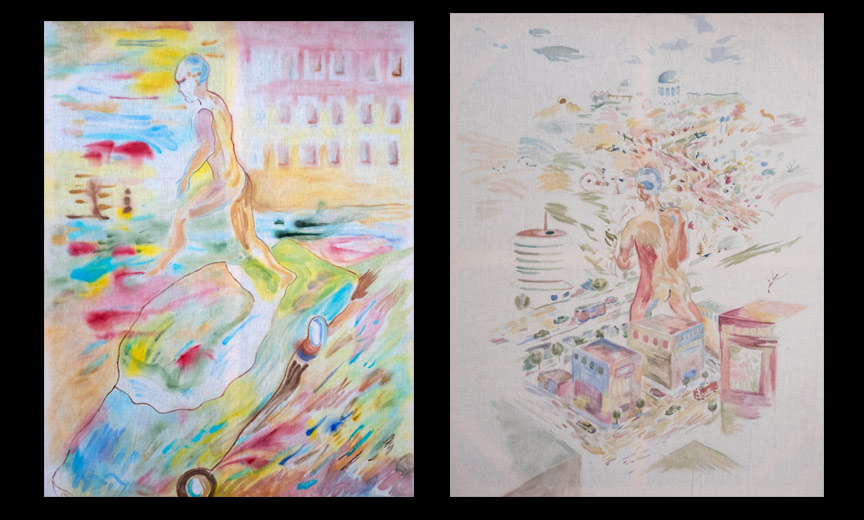 Many artists work in multiple disciplines, finding that it serves to expand their creative minds. For instance, David Lynch, recently had an exhibition of his artwork at the Pennsylvania Academy of Art in Philadelphia.

Now groundbreaking director Gus Van Sant is offering a glimpse at his own talents in another medium. You likely know the out filmmaker from such queer films as My Own Private Idaho (1991), and 2008’s Milk (written by Dustin Lance Black). In Gus Van Sant: Recent Paintings, Hollywood Boulevard at Vito Schnabel Projects, his paintings – largely watercolors on stretched linen – take center stage.

For example, Untitled (Hollywood 4) features a male nude strolling across the city, a colossus taking it in stride. The figure’s power is revealed in an almost impressionistic use of color and line. Meanwhile, Untitled (Hollywood 16) features another male nude: His profile recalls Picasso’s early classically-inspired figures. However, this one has a different gravity than the first. Rather than dominating the scene, his body almost seems to fade into the background, where a vintage automobile hovers behind.

You can see Van Sant’s work in New York City through November 1. Don’t miss this opportunity to see an artist with whom you’re familiar working in unfamiliar ways. It can be most revealing. vitoschnabel.com 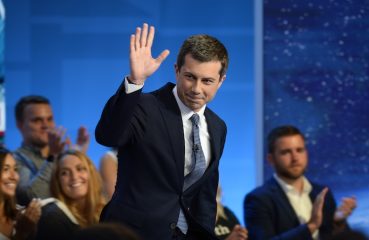 Presidential candidates will soon have to declare just how committed they are to equality. Media watchdogs GLAAD is hosting a candidates’ forum September 20. And two weeks... 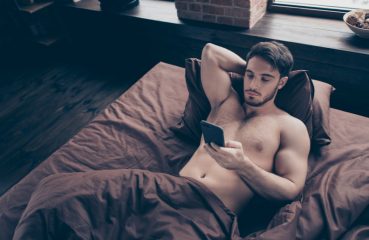 Ask Daddy: This Is How You Define Masculinity