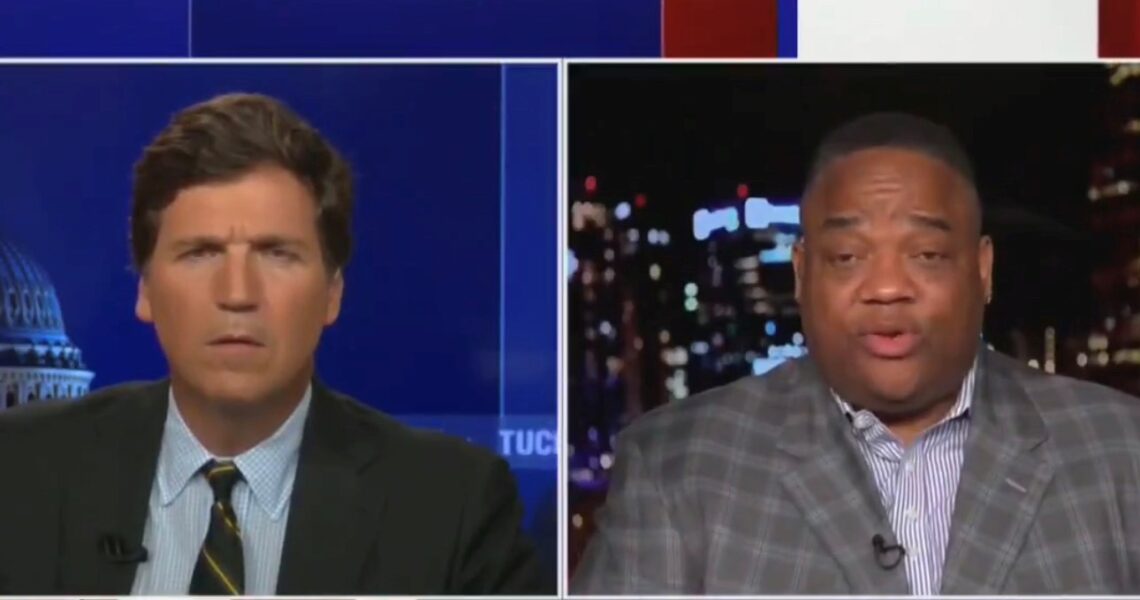 Prepare for a slew of sassy nicknames to follow…

MotherTucker began the interview with some wildly obnoxious questions. “Do you think men can get pregnant? Or do you think some races are morally superior to other races? Like the core ideas of the Democratic Party. How many Americans actually believe that stuff, would you guess?”

In response, WhitHead drooled, “Tucker, I’m going to say something difficult to unpack in this short amount of time, but it’s what I truly believe: I think a lot of what the left supports is satanic.”

TuckFace pretended to ponder his guest’s idiocy by making the expression of a dog scraping his rectum across the carpet.

Whit-for-brains then continued, “I’m a man of faith, I was raised in the church, this stuff is satanic. That’s what’s at the foundation of a lot of this stuff.”

Instead of refuting such flailing accusations with a dose of sanity or, gosh forbid, journalism, total TuckWad clamored to concur.

“Well, I’m a pretty mild protestant, personally, but I completely agree with you, especially the gender stuff. When you say you can change your own gender by wishing it, you’re saying you’re God, and that is satanic, I completely agree.”

Hmm, I guess Tucks-medicated-pads considers frogs and clownfish satanic. After all, both species are able to change their gender. Frogs can transition during their tadpole phase while clownfish do so later in life. All clownfish are born male, but their hierarchy is actually a matriarchy. When the female dies or leaves a given school of clownfish, a male steps up, transitions genders, and assumes the role of kween.

And thus, Nemo has truly found herself.

Which brings us back to the lowest form of life on god’s gay earth: Tucker Carlson.

The faux reporter has eclipsed casual bigotry and embraced the position that the LGBTQ+ community is mos’ def going to Hell. As long as they don’t broadcast Fox News down there, sweet!

To see the vile exchange between Tucked-in-the-head and Whit-for-brains, visit Media Matters. Or you can save yourself the agony and watch the following video about clownfish. It’s way deeper!

The Devil Made Him Do It – We Stan Lil Nas X 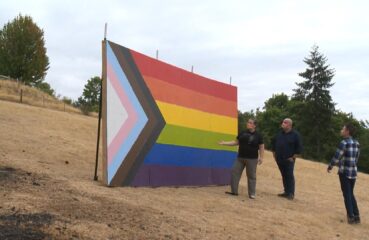 Brian Shannon is the vice chair and school board director of the Newberg, Oregon district. But the title that more accurately describes Mr. Shannon: Dr. Divisive. Or better yet:... 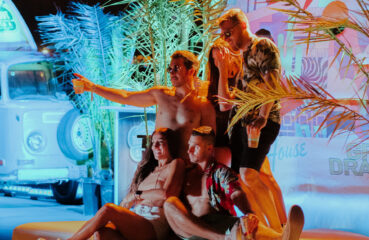 Society is a patchwork quilt of exclusion and inclusion. We want to belong, yet we also strive to stand out. As gay people, we feel this contradiction on a personal level. Our...