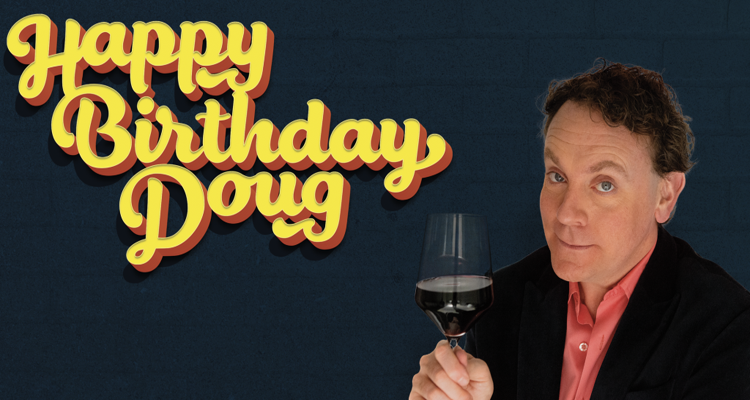 A Tour-De-Force from the Man Behind the “Chloe” Videos

Drew Droege is what  hipsters like to call “internet famous.” He’s known worldwide as the man in a dress playing actress Chloe Sevigny while  she name-checks celebrities and free associates a string of random places, experiences, brands and delicacies.

But Droege has also been busy on the stage, creating an inexhaustible supply  of gay characters to populate his one-man shows, Bright Colors and Bold Patterns and his newest, Happy Birthday Doug. We caught up with Droege between performances to find that, despite how funny he is  onstage and before the cameras, he takes his comedy seriously — seriously enough to teach it to aspiring comics.

METROSOURCE: Not a lot of people know that you come out of The Groundlings — the same improv troupe that gave us Pee Wee Herman and a cavalcade of “SNL” performers. And you teach there now as well. How did that provide a foundation for what you do now?

Droege: The Groundlings absolutely offers the best comedic character training in the world. They teach you how to create and behave and write from the points of view of other people. I learned how to generate my own material there, and I met the funniest and most creative people in the business. In Happy Birthday Doug, I play nine gay men who have different vocabularies and physicalities and energies. All of that I learned and get to teach at The Groundlings. 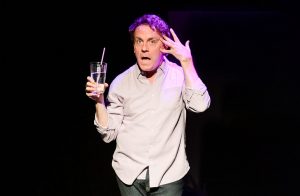 METROSOURCE:  In Happy Birthday Doug you play an assortment of characters and end with the birthday boy. How did the idea come to you? Was it kind of born fully realized?

Droege: I wanted to play a variety of gay men but also wanted to highlight our commonalities as members of the community. What is universally gay versus what is specific to each person is really interesting to me. So I thought of a place in which lots of gay men gather, and of course I love The Boys in the Band, so I decided on a birthday party. In gaggles, we can be incredibly insecure, prickly, vulnerable, sexy… and even more so when you are celebrating someone getting a year older. I didn’t think I was going to include the birthday boy in the mix at first, but as I was writing it, I realized that I HAD to. We have to meet Doug after we’ve spent an hour with his friends!

METROSOURCE:  Your one-man shows are often gay-centric. Do you feel like there’s a need for more gay-themed performance pieces, or are you trying to please the following you’ve developed over the years?

Droege: There is always a need for more gay-themed everything. When we only have one movie/show/whatever at a time, we feel a need to please everyone with it and it can be a tad monochromatic. I love to create messy complicated human gay characters using my sketch comedy background. Many of them could be accused of being stereotypes, to which I answer, “so what?” These people exist. These people are us. I think we need to laugh at and see ourselves at the same time.

METROSOURCE:  What’s funny to you? It seems to me that a great joke makes you laugh, but a great character saying something completely unique to them is the key to something audiences can enjoy again and again…

Droege: I love surprising and specific information coming out of characters who reveal too much. I love people who think they are presenting one side of themselves but are showing another. I laugh at the truth more than jokes, usually.

METROSOURCE:  Speaking of which, many of your fans who’ve never seen you perform live know you best for the Chloe videos. How did those come about?

Droege: I realized I looked like her years ago and started doing her on stage in a gay sketch group called The Deviants. I often bombed as Chloe but always loved going out there and rattling off ridiculous DJ names, horrific sounding desserts, impossibly posh locations. My friend Jim Hansen insisted on making videos with me, and he took Chloe to the next level. The videos blew up and changed my life. I’m still really touched when people tell me they like them.

METROSOURCE:  Have you and she ever discussed them?

Droege: We’ve only met once, and she was really nice. I was awkward because I didn’t really know what to say – I didn’t want to apologize for doing them but also didn’t want to make her feel like I was studying her. I often get messages from people telling me when they’ve just seen her (no joke) and I know to avoid those places – I want to give her her space and not stalk her. I have been asked to do some creepy things, like ambush her on red carpets at her premieres, which I would never do. I have no agenda against her, I promise! I would love it if she did a video with me – that would for sure be the last one I would do.

METROSOURCE: Voices seem to be something you really relish using to create characters. It’s worth addressing that gay men really don’t like — or want to admit — they speak with a gay accent. But many of your characters do, and in a variety of ways. Why do you think that’s such a tender subject with gay men?

Droege: I think it absolutely goes back to adolescence. Our voice is our “tell.” We have been insulted, beaten up, excluded, laughed at, diminished for having this voice. I wish we could all embrace it more. I find it sexy and beautiful and unique to us. But I’ve had to learn to love it. I could totally butch up my voice (I do it in my show every night) but why the fuck would I want to do that in my life? How could I look myself in the mirror? I love playing characters with unapologetically large gay voices. Queer people have to be the ones who tell our own stories – and we need not fear or shame our own voices.

METROSOURCE:  If there’s a thematic thread that runs through the things you’ve written, both for yourself and for others, what would that be?

Droege: Food and drinks. Everything I’ve ever written goes back to that.

March 9 through March 29: Thursday through Sunday at 7:30 PM

Tickets from $49, available at happybirthdaydoug.com 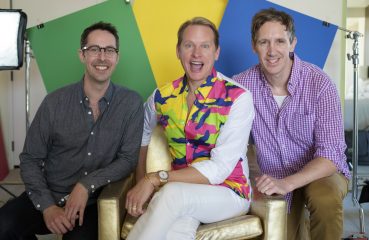 A Pair of Documentarians Explore the Sudden Rise and Fall of the Gay Fashion Bible Known as INTERNATIONAL MALE By KEVIN PHINNEY In an era where men perceived as gay were often... 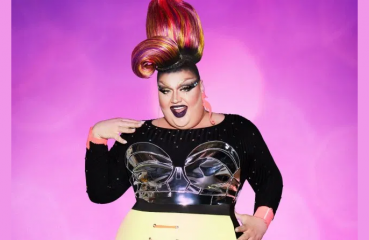 Drag Queen Darling of RuPaul’s Drag Race Seasons 9 and 10 coming to HBO. By Alexander Rodriguez What do you get when you put Eureka O’Hara, Bob the Drag Queen and Shangela...