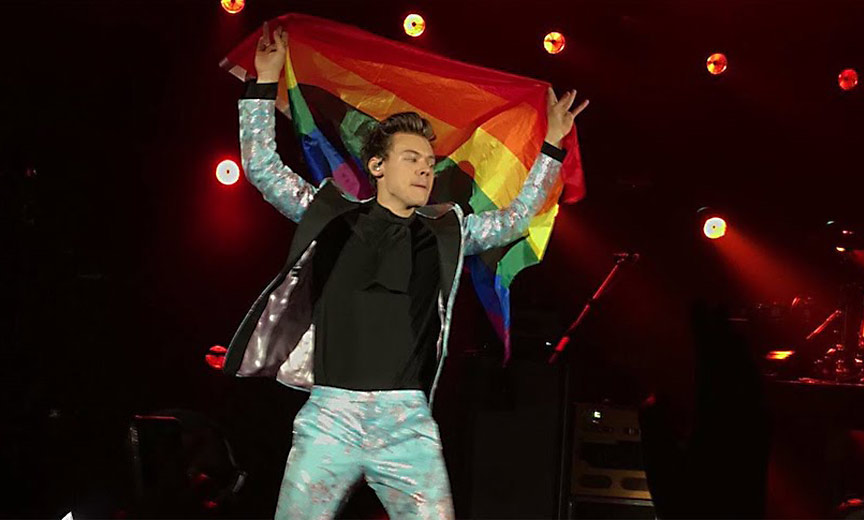 Everyone’s wild about Harry Styles (and all are welcome, apparently), a Frozen drag queen becomes an angel of mercy, and a PULSE-related court date.

That’s What Makes Him Beautiful

Former One Direction pop star Harry Styles can’t resist pouring lighter fluid on a roaring blaze. The fire in question? Is Harry straight, bi, gay or just having a goof?

Last year, Styles made his solidarity with the LGBT community abundantly clear, both onstage and in comments to the press. At one point, he answered an inquiry into his own sexual orientation by saying simpley that he “never felt the need” to live within a label of any kind. “It’s weird for me,” he told a media rep. “Everyone should just be who they want to be.”

And now, with the release of a new track called “Medicine,” Styles seems to be pushing the envelope a bit more.

At a recent Paris appearance, the 24-year-old crooned, “the boys and the girls are here, I mess around with them, and I’m okay with it.” And, if that wasn’t a clear enough message, the lines that followed added to impact: “I’m coming down, I figured out I kinda like it, and when I sleep I’m gonna dream of how you tasted.”

That certainly has Styles fans around the world licking their lips, too.

An angel of mercy — namely 37-year-old Jason Triplett — done to the nines as snow queen Elsa helped to free a stuck police van during this week’s brutal blizzard in Boston.

Somehow a BPD police van got itself wedged into a snow embankment south of Beantown outside the Cathedral of the Holy Cross. And when you’re faced with an icy situation like that, who better to help than Mistress of the Chill, Elsa the frosty queen from Disney’s Frozen musical?

Elsa took the situation on like a pro, hiking up her skirt and putting a shoulder to the van while giving hand signal directions to the grateful boys in blue. And once the van was freed, she returned to her native habitat, strolling through the wintery wonderland singing … well, of course: “Let It Go.”

A drag queen dressed as Elsa from Disney film Frozen lent her helping hand, helping to push the van out of the snow drift that it was stuck in.
The performer – 37-year-old Jason Triplett – then proceeded to walk in the snow, looking like a badass and singing Let It Go.

What will become of the widow of the man who massacred 49 gays and their friends at the PULSE nightclub in June of 2016?

Earlier today, opening statements were heard at a federal trial of 31-year-old Noor Salman, who is charged with obsrtuction of justice for allegedly providing erroneous information to investigators as they tried to piece toegther why her husband, Omar Mateen, opened fire in q crowded dance club that night. She is also facing charges of
providing material support to a foreign terrorist organization and has pleaded not guilty to all charges.

Prosecutors are sculpting a portrait of the wife and mother as a knowing participant in the mass murder, since she has admitted she knew Mateen was assembling an arsenal, had knowledge of his plans when he left on his rampage and had even helped identify possible targets for her husband. The defense, by contrast, are portraying Salman as another victim of the crime. 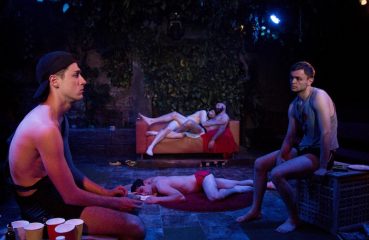 London is leading the way with a new sexual health service providing first aid classes focused on those who indulge in drugs as a precursor to or part of sex, known as chemsex.... 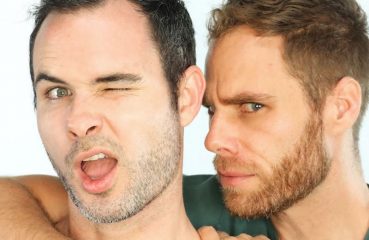 Happy Hour Headlines is our regular briefing on what you’ll be dishing about this week. Matt at Bat Scoot over, Gus Kenworthy: Boyfriend Matt Wilkas is launching a new...