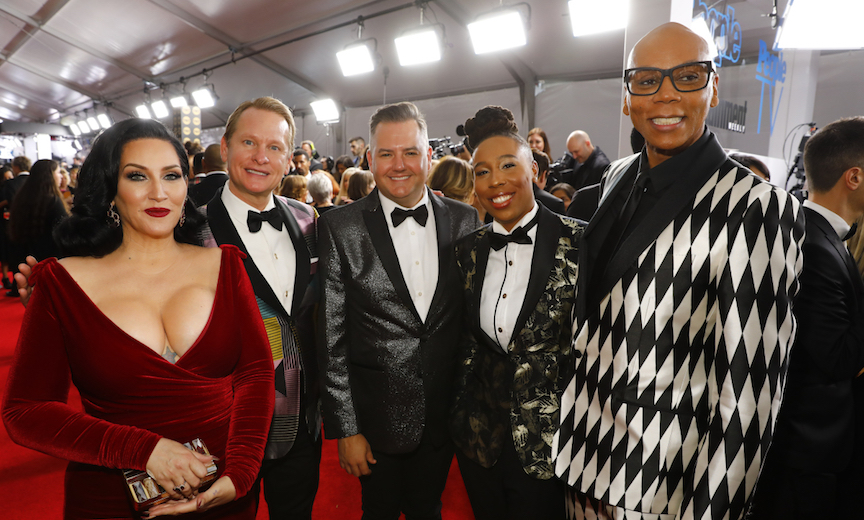 Drag sashays into the mainstream courtesy of CBS Sunday morning with RuPaul. Also: Ivanka is not your pal, and is Oklahoma really OK?

This past weekend on CBS Sunday Morning, RuPaul spent some quality time with CBS reporter Nancy Giles, and confessed that his goal in drag was “never about wanting to be like a woman. It was always about challenging identity values of society, and saying ‘I am whatever I put on.’”

We’ve included the interview below. It’s unclear why Giles didn’t ask about the fracas brewing about transgender contestants on the show, although the Supermodel of the World did add that the performers are “all men” — which is somewhat erroneous given that Peppermint came out as trans during her season.

In a move that reminds us less of a First Daughter than Marie Antoinette, Ivanka Trump has told The Washington Post that she won’t be wasting her time quibbling over the policies of the current Oval Office occupant, even if she disagrees with them.

As she sees it, her job is to support her Daddy regardless of what her conscience might tell her.

“When people say, “Where is Ivanka and why is she silent on X, Y, Z?,’ they don’t understand how any White House works.” Since doubling down seems to be part her genetic code, she added, “no West Wing staffer should tweet things that are inconsistent with the policy of the White House.”

One problem: this is the same White House that 45 himself has tweeted a variety of policy inconsistencies from and about — as well as playing fast and loose with the facts.

The other is that many gay conservatives maintained that so long as Ivanka was around, someone in her father’s inner circle would be telling him things about the LGBT community that were at odds with Mike Pence’s reactionary positions. That balloon got a big hat pin in it during the course of her interview.


Moreover, the First Offspring is portrayed in the piece as a poor advocate for anyone who isn’t a Trump or lackey. She grouses to her friends about being “weaponized” by those who want to use her access for political gain, and she seems genuinely startled by the fact that people could possibly be so ruthless — suggesting she was not paying attention to the coarseness displayed by her own father on the campaign trail.

But she doesn’t see everyone as a scheming opportunist. She has some very nice things to say about husband Jared Kushner, whose security clearance was downgraded last month. And despite rumors that even 45 would like to see his daughter and son-in-law on the other side of the White House gates, they remain very much a part of Trump’s constellation of power players. And that’s problematic, too since both have allegedly had business deals that have put them under scrutiny from Special Prosecutor Robert Mueller and the FBI.

The Associated Press reports that a bill has cleared the Oklahoma State Senate that would permit religious-based adoption agencies to weed out same-sex couples, non-Christians and aspiring single parents.

Dubbed Senate Bill 1140, the measure passed 35-9 Tuesday and will next go to the House. The current language of The bill provides legal cover for child-placing agencies seeking to block would-be parents who fall short of the agencies’ litmus test for religious or moral standards.

GOP senator and bill sponsor Greg Treat claims that if enacted, the law would protect such agencies from legal reprisals. LGBT opponents state that any such law would be both unneeded and make it more difficult for orphaned children and potential parents to create loving homes. An advocacy group called Freedom Oklahoma has launched a campaign Monday to stop the bill in its tracks.

However, such laws are already on the books in a handful of Deep Red states, including Alabama, Texas and South Dakota and Texas, and a similar proposal is now winding its way through the U.S. Congress. 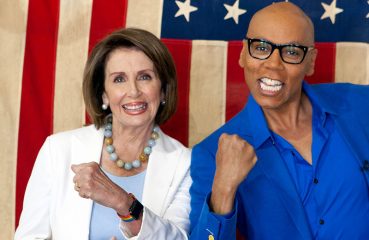 Aaaaand ACTION! While every season of Drag Race sticks the contestants behind a sewing machine — or a hot glue gun — at some point, it’s the acting challenges that really... 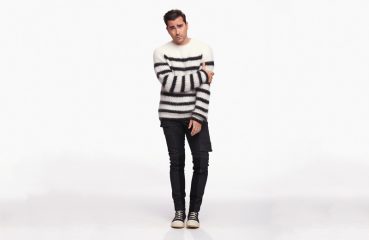 “Schitt’s” Gets Real: Behind the Scenes with Multitalented TV Star Daniel Levy