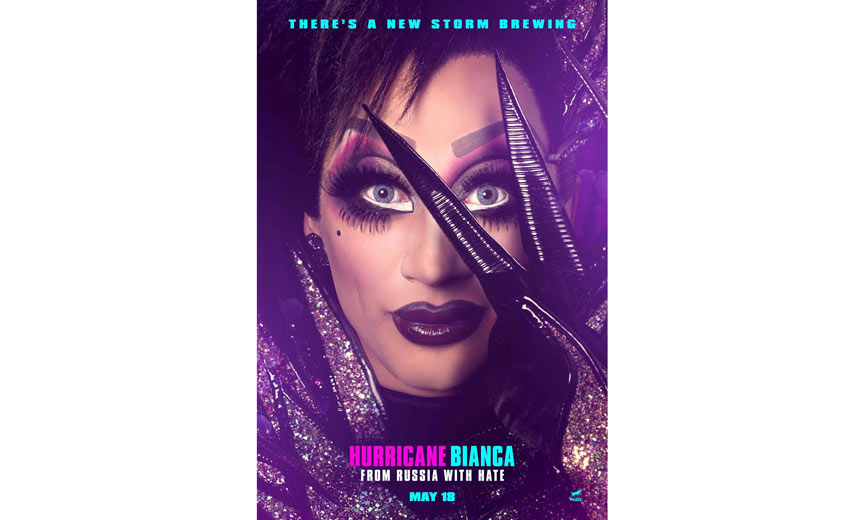 Bianca del Rio returns with a sequel to her sleeper hit film, the real reason you’re so gay, Adam Rippon gets asked on a date on live TV, and more.

Audiences were delighted a year and a half ago when Hurricane Bianca took the moviegoing world by storm. Now there’s a sequel called Hurricane Bianca: From Russia With Hate. There will be screenings soon in New York and San Francisco to promote the film’s official release May 18.

Roy Haylock, the creator and star of the Bianca films says in a statement that “we were blown away by the response to the first film (no pun intended), and we couldn’t wait to reunite to tell another story with this ridiculous group of talented people. The whole crew is back plus some very exciting additions, and who better to take on Russia than a nasty drag queen? I’m looking forward to joining fans at select screenings this May.”

Today’s release of the teaser trailer finds Bianca and her nemesis Debbie (Rachel Dratch) squaring off against each other in a rooftop confrontation that doesn’t exactly challenge the CGI supremacy of the Marvel Universe, but has its own comedic charms. Like the OG, the new Bianca adventure promises an assortment of celebrity cameos and appearances by “America’s Drag Superstars.”

An evangelical radio host has claimed that God makes children gay as a “punishment” for all the abortions in the world.


Rightwing-nut columnist and “Mission: America” radio host Linda Harvey spoke earlier this month at a funfest called the “Bringing America Back to Life” convention and told those in attendance that science be damned, she has deduced the origins of same-sex attraction.

Harvey, who has picked up the torch and pitchfork once wielded so daintily by Anita Bryant, is well known for advising religious parents to either shun their gay children or to try to change their orientations. In her speech, Harvey opined that God makes children gay as a “punishment” for all the abortions in the world.

Please add that to the list of evils for which LGBT folk are being held responsible — like weather disasters, the Obama presidency, every disease known to man, and the return of “Queer Eye” to television.

Less than a week after concluding a third season of All Stars, RuPaul is returning to the airwaves with an all-new cast in Season 10 of RuPaul’s Drag Race. We’ll be bringing you exclusive video of all the queens, but until we hang with them, we thought you might like to see the Season X trailer below:

Earlier today, Housing and Urban Development Secretary Ben Carson indicated before a House Appropriations Committee hearing that Obama-era protections for people transgender and homeless people might be over.

Today’s original topic was the 2019 HUD Department budget — and Carson’s apparent need for a dining room table bought with public funds for a mere $31,000.

Then Democratic Rep. Mike Quigley of Illinois raised the question of transgender rights. First Quigly noted that guidelines ensuring that transgender people would be housed according to gender identity, not be isolated from the other occupants, and not be quizzed intrusively by the staff. Last year, those were removed from the HUD site, a situation Carson called “temporary” at the time.

When Quigley asked Carson about why the guidelines have yet to be restored, the HUD secretary replied that the issue was “complex” and needed lawyers to examine the directives — which required someone familiar with civil rights. And apparently there’s no one at HUD who does that work, Carson explained before launching into what really makes the issue complex for him:

Quigley then inquired how transgender rights were an imposition on the rights of others. According to Carson, “there are some women who said they were not comfortable with the idea of being in a shelter, being in a shower, with somebody who had very different anatomy.”

Remember: This man was a practicing physician. 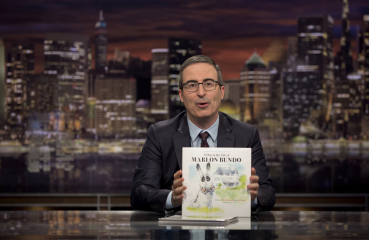 Sunday’s episode of Last Week Tonight with comedian John Oliver took the Veep to the woodshed and didn’t turn him loose until he’d been properly (albeit... 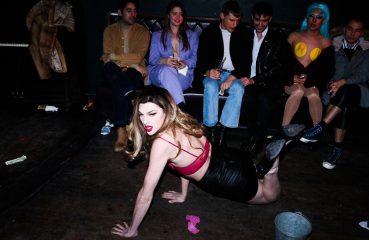 By the Way: Drinks at Rosemont and Boxers, Art from Asia and Women

Byron visits a jazzy spot for cocktails in Bushwick and heads to the Upper East Side to see great art and a new gay bar off the Q Train. Have a Bushwick Bash The Rosemont:...