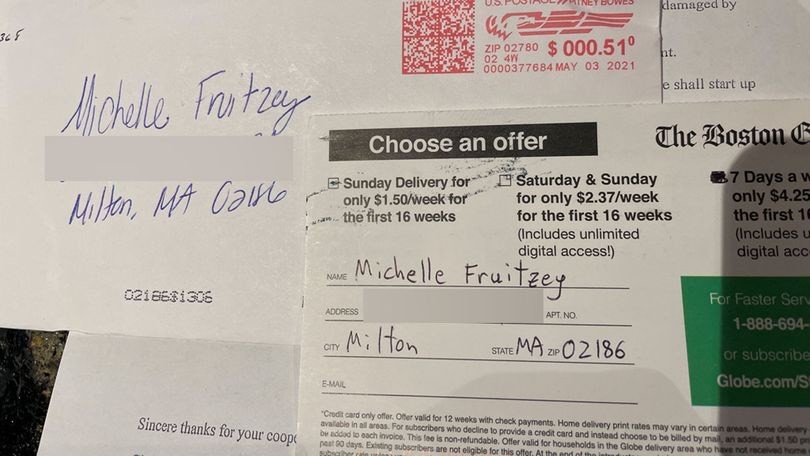 If you’re homophobic, you can leave now…

OK, now that they’re gone, let’s spill the T: homophobes are dumb! Exhibit A: the perpetrator of a hate campaign against his own neighbors.

An unidentified suspect targeted a same-sex couple in Massachusetts by signing them up for unwanted subscriptions under insulting names. The harassment went on for five years, and the situation eventually became so volatile that one of the men, Bryan Furze, feared it would escalate into a physical assault.

“It was something that was always in the back of our minds, but we had no control over it,” he revealed in an interview with USA Today. “So we had to tolerate it and live on.”

But the torment took its toll on Furze’s partner, LeeMichael McLean. “It brought me back to being a little kid and getting teased for my voice or my appearance. We were being picked on because we were gay, and it had followed me into my 40s. I couldn’t believe it.”

Luckily, Furze and McLean are (way) smarter than the coward who was harassing them. After all, ignorant people do ignorant things, and eventually the perpetrator screwed up. He attempted to subscribe his gay neighbors to the Boston Globe under the pseudonym “Michelle Fruitzey” (because bigots have small intellects… and genitalia).

When the Globe returned the order form, McLean and Furze discovered that the request was handwritten.

Local investigators analyzed the writing sample and matched it with a total a-hole from the community. The suspect was caught red-handed in black & white!

When asked why he terrorized his LGBTQ+ neighbors for half a decade, the jerkwad replied that he didn’t approve of Furze and McLean’s “outspoken” demeanor. As it turns out, the couple held opposing political views to the perpetrator, and when spoiled brats don’t get their way, they lash out.

“This person was intimidating and trying to silence us,” concluded Furze.

But when life hands you Michelle Fruitzey, make Fruitz Punch (to coin an awkward phrase). McLean and Furze decided to design and sell t-shirts with the offending handle and donate the profits to their local Gay-Straight Alliance. To date, they have raised over $22,000 for this worthy cause.

As they say, the best revenge is living well, but it’s even better when you do it in style! 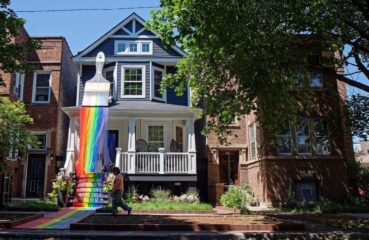 Color Us Impressed: Painting the Town Proud in Chicago

Riddle me this: what do you get when you combine all the colors of the rainbow? Answer: much love. The hues of the ubiquitous Pride flag represent the spectrum of light. Each... 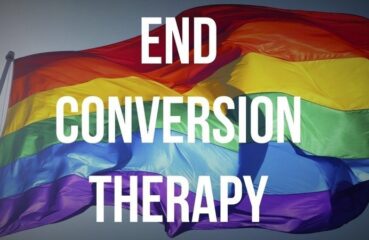 Hate takes many forms. The most overt instances of bigotry are often yelled, but the prejudices that seep into our souls are whispered. Conversion therapy has been a blight on our...