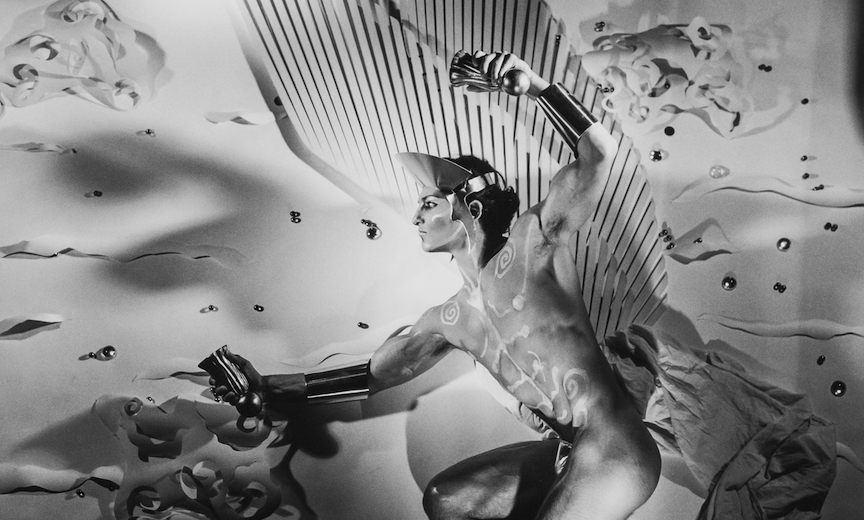 Director Vishnu Dass took audiences on a magical mystical journey in his documentary about Steven Arnold, the eccentric gay artist who was a protégé and befriended surrealist artist Salvador Dali. The film was screened this week in Los Angeles as part of Outfest.

Arnold was a multi-talent whose visual work spanned a multitude of genres, but he’s most renowned for tableau photography. Essentially, he’d art direct a set, then place his models within the tableau, creating oftentimes otherworldly art.

Arnold was born in 1947 and came of age during the flower power ’60s, but his artistic flair began as a child whose artistic instincts were largely misunderstood by his blue collar father, but encouraged by his seamstress mother. Foremost among Arnold’s influences was Violet Chew, a high school art teacher who passed along her belief in the importance of a life dedicated to one’s art.

Read Next | Rub-a-Dub, Hot Boys In a Tub Captured by Photographer Roger Wingman

Arnold was also imbued with a panoramic fascination with comparative religion that extended from Buddhism to Scientology. Ultimately, it was the Native American tradition of Berdache (which placed a high value on the contributions and gifts of gender non-conformists) that had the most profound impact on his work.

To many, Arnold’s early efforts in film while at the San Francisco Art Institute were viewed at best as experimental; to others, downright freakish. But his films also won accolades and invitations to Cannes. He soon went on to study at the École des Beaux-Art, a prestigious school of Fine Arts in Paris famous for its distinguished alumni of a handful of Europe’s most seminal artists of the day.

Through firsthand testimony by those who knew and worked with the artist, along with archival footage of Arnold himself, there’s a keen glimpse into his psyche and spectacular inner world. To that point: Arnold’s house appears to be an eyesore located in a sketchy part of town. But inside, his home can be seen for what it really was: a shrine to his art.

Arnold surrounded himself with like-minded creative folk and his parties were legendary. He surrounded himself with iconoclasts whose ideas often inspired each other. One, the serendipitously named Pandora, he considered his life-long muse. Their collaborations began in high school and never actually came to an end. In the film, Pandora exudes a Gaga-like charisma, and certainly comes off as an artist who marches to the beat of her own drum.

Read Next | This Is Why the Future Will Be Queer

Like the artist himself, this doc is larger than life, and fairly begs to be seen on a large screen to fully appreciate the breadth of Arnold’s vision. Some are simply one-of-a-kind visionary gay masterpieces.

Arnold was diagnosed with AIDS in 1988, and Heavenly Bodies includes frank discussion about its impact on his creative life. As Arnold came to terms with his fate, the diagnosis merely reinforced his worldview of art as transcendent and healing. His message: Find something you adore and work from your heart and soul. 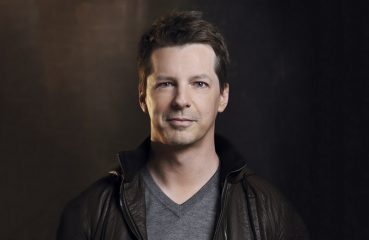 Last night NBC announced that the reboot of Will & Grace has been canceled. But just a few weeks before the show got its second life (and almost exactly three years ago),... 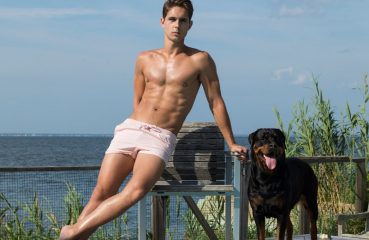 Many beach towns that still attract and welcome the LGBTQ community began as secluded artists’ colonies in the last century. But in Fire Island: Photographs ($50, Glitterati...