Meet a PrEP pioneer with a passion for prevention.

“HIV Heroes” is a MetroHIV series in which we highlight the work of groups and individuals who inspire people living with HIV and the LGBT community.

In July of 2013, Damon L. Jacobs founded the Facebook group “PrEP Facts: Rethinking HIV Prevention & Sex” (facebook.com/groups/PrEPFacts). Since then, the community has grown to over 12,500 members worldwide, making it one of the most valuable sources of PrEP information currently online. People join the group to both seek out information and share their own experiences using and obtaining PrEP.

The information available courtesy of PrEP Facts addresses a wide variety of doubts, questions and potential misperceptions people may have about PrEP. The group helps people better understand how the prevention plan works, what sexually transmitted infections PrEP does and does not protect against, and how PrEP can be used in combination with condoms to offer additional protection. Practical matters — from figuring out if one’s insurance covers PrEP to talking to one’s doctor about getting started to the ins and outs of taking one’s daily dose — are also addressed. The community dispels myths about PrEP, explores the science behind it and empowers people to further spread the word.

But Jacobs and company are not simply waiting for people to come to them to learn about PrEP. Jacobs thus far organized a large events called PrEP-O-LICIOUS (prepolicious.org). The cast of amazing drag performers may have been what helped get people in the door, but it was also staffed by volunteers who were able to intelligently discuss PrEP with members of the community — leaving those in attendance both entertained and informed.

I first met Jacobs in the summer of 2010, when he approached me about an HIV vaccine study on which he was working. From then on, I grew to appreciate his passion for educating people about HIV. He was one of the first people who told me that he was taking a medication — with which I was familiar from my own HIV regimen — but as a preventative. Honestly, at first, I worried whether it would really protect him, but I supported him. Ultimately, this regimen would go on to be recognized as the effective and increasingly popular PrEP. Today, Damon Jacobs continues to search for new ways to spread the word about PrEP, and he practices what he preaches. That’s why he’s an HIV Hero. 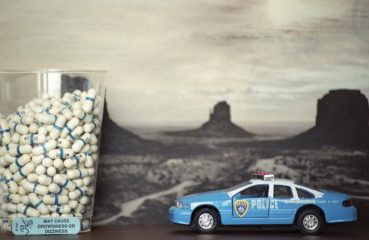 Managing the Side Effects of HIV Meds

When starting or switching meds, it’s important to know when to wait and see, and when to sound the alarm. The medications used to treat HIV have evolved to be much less toxic.... 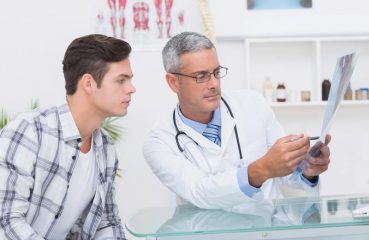 These Tips Can Help You Find the Right HIV Doctor

Help establish one of your most important relationships. Whether a person is newly diagnosed with HIV, is a long-term survivor, or is somewhere in between, having the right doctor...