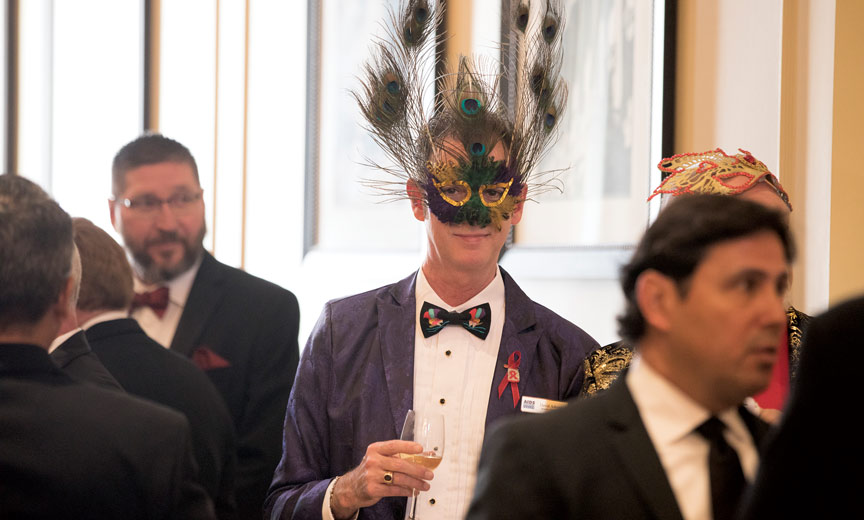 How do you raise vital funds to fight AIDS in a state that’s politically dominated by a party that tends not to make it a priority?

Such cities such as New York, San Francisco and Los Angeles have been on the front lines of advocacy and fundraising since AIDS first surfaced nearly four decades ago. As the epidemic swelled, its changing face – and diversifying logistical challenges – fueled the founding of nonprofits striving to provide prevention, education and treatment services, and garner funding to stay afloat.

Such fundraising opportunities, however, can prove daunting, particularly in middle America “Red States” like Texas, where persistent stigma elicits fears of discrimination, bias and even violence. “One of the challenges we have is stigma,” concedes Shannon Hilgart, Executive Director of AIDS Outreach Center in Fort Worth, Texas. “It’s a pretty big barrier.”

In late 2017, the Centers for Disease Control reported that more than 82,000 people live with HIV in Texas, and health officials estimated that 18,000 Texans had no idea they were carrying the virus. In Dallas alone, Dallas County Health and Human Services estimates that 16,387 people were living with HIV in 2015 — a 56% jump over the course of a decade.

Politically, it’s estimated that Republicans outnumber Democrats by more than 850,000 voters in Texas, according to the Texas Organizing Project, with most of the state’s counties shading red. Though Fort Worth voters favored Donald Trump in the 2016 elections, Dallas, with a more sizable Democratic base, favored Hillary Clinton. But voter turnout traditionally has been weaker in Texas; one survey noted that Texas ranked 50th in the nation in turnout 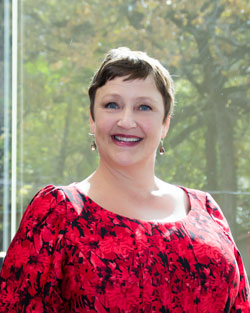 Considering the political atmosphere and cultural mores, HIV/AIDS organizations like AIDS Outreach Center are devoting considerable attention to enlightening the public — and in particular, the younger generation — that the epidemic is not over, that it crosses gender and ethnic lines, and that it is no longer a death sentence.

AIDS Outreach Center began as an all-volunteer organization 32 years ago in response to the epidemic among gay males. Witnessing a demand for services, it began staffing up within two years, and now it enlists 50 staffers and serves more than 1,600 individuals and families. It now stands as the only non-profit that offers a continuum of services to the HIV/AIDS community in Tarrant County and seven surrounding rural counties, where 5,227 people lived with HIV in 2014, the North Central Texas HIV Planning Council reported.


“There have been challenges, and they really have been about funding,” Hilgart says, pointing to stagnant government funding. “That money has pretty much stayed the same as expenses go up. We’re trying to do more services with the same amount of money.”

That shaky equation has led the organization to channel its energy into seeking more private and individual contributions, and to bring more people in the door to foster engagement. Private foundations tend not to support general operations, preferring to fund capacity-building initiatives or new programs. “Where we need money the most, general operations, nobody pays for it,” Hilgart says, noting that federal grants allow only a fraction of funds for such expenses.

“In a Red State, it’s not easy,” she says. “We’re not warm and fuzzy. We’re not children, and we’re not animals,” noting that such causes tend to tug at heartstrings and therefore purse strings as well. “There are a lot of compassionate people, and we do have some long-term supporters who stick with us, but it gets harder every year.”

As a result, she regularly invites potential donors to the Center for tours to meet staff and program participants, who humanize the need. “It is about getting them to listen to the reality that HIV is still a huge issue,” she says. When she senses a visitor is not connecting with the cause, she adapts to focus on the societal impact of AIDS.

AIDS Outreach Center additionally throws an annual fundraiser, Evening of Hope, which began in 2010 with less than 100 participants. The masked ball event, designed to “unmask” the stigma about HIV and AIDS, has grown significantly in size, attracting 400 people and raising $158,000 this spring. The evening’s theme illustrated the organization’s ongoing belief that, “With hope, anything is possible.”

“If we continue doing this work,” Hilgart says, “somebody can put an end to this epidemic.” 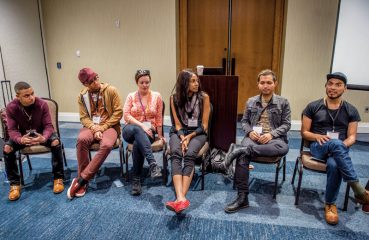 NMAC: Leading the Way to Create a Generation of Leaders

How can we address the still-alarming rates of HIV infection among minorities? The answers may lie in giving them a seat at the decision makers’ table. By 2019, Linda Scruggs... 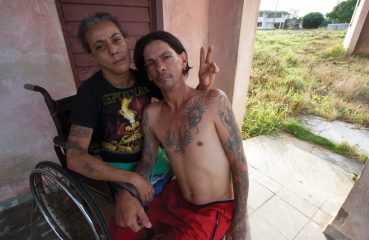 Why Did a Generation of Cubans Choose to Become HIV-Positive?

It’s considered the “Special Period” in Cuba’s history: when the Soviet Union cut financial ties with Cuba. During the late 1980s under the socialist Castro regime, where...