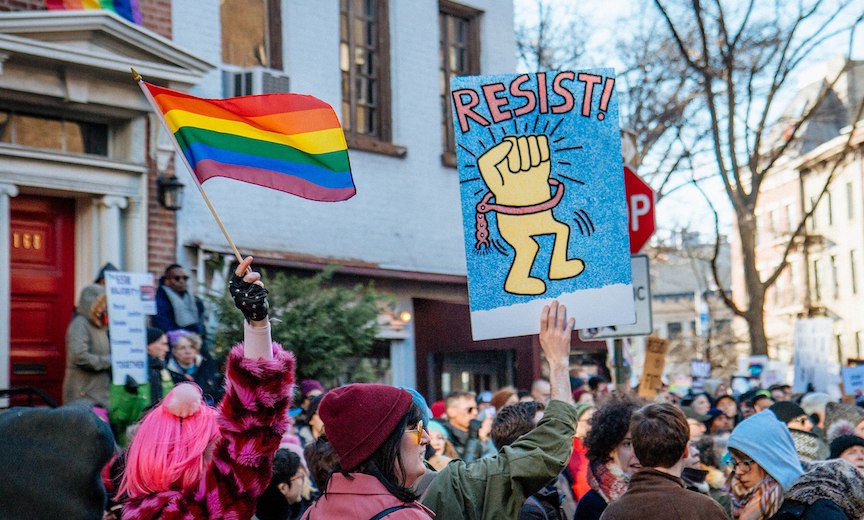 Who wrote the anonymous editorial in The New York Times claiming to resist Donald Trump’s worst impulses? I did. And so did you.

The evidence that the President of the United States ignores his Constitutional duty is incontrovertible at this point. No one hacked his Twitter account when he wrote that Attorney General Jeff Sessions could and should have prevented the incictment of two Republican candidates and put GOP House control in jeopardy — a blatant call for law enforcement to put party ahead of justice.

Why do I say I wrote the op-ed, when clearly it doesn’t have any connection to me? Because I, like so many in our community, have been paying attention. And while we don’t have the access that the author claims to have, we see mounting reasons to believe the author was telling the truth – at least a version of it – from close proximity to the Chief Executive.

Donald Trump is lacking in temperament and displays no curiosity to learn what it means or takes to lead any country. Now he’s on a rampage that anyone would dare inform the public that this would-be emperor has no clothes.

This is a president who ignores protocol and cannot muster a shred of civility, even when it comes to the death of a war hero — simply because that man — the late Senator John McCain — stood in his way politically. He believes that condemning Nazi-inspired zealots who stormed the streets of Charlottesville, Virginia last year was the “worst mistake” he ever made.

He coddles despots and dictators like Vladimir Putin and Kim Jong-un, while simultaneously alienating America’s allies. He’s embarrassed us overseas and instigated trade wars that weren’t even there with our neighbor to the north, Canada.simultaneously

And, after waving a rainbow flag during his campaign for president and declaring in a tweet that “I will fight for you” to the LGBTQ community, his record in office demonstrates precisely the opposite. He’s repeatedly stated his support to so-called “religious freedom” initiatives (including creating an official “office” and title for Christian right-wingers), banning transgender service men and women from the military and shutting down the White House LGBTQ page within minutes of taking the oath of office.

He attacks peaceful protests by NFL players who are using their moment of TV exposure to call out racial injustice, and wonders how protest can be legal.

Now the nation stands at a crossroads: The Oval Office occupant is using staff time to flush out the editorial author/mole who’s allegedly part of his inner circle — close enough to steal papers off Trump’s desk before he can sign them. By any metric, he’s confirming what journalists, foreign governments and his growing opposition have feared all along — that he is a megalomaniac and petulant child who thinks that the country works for him rather than the opposite.

And that’s the best news. The more absorbed he is in finding the disloyal individual who ratted him out to the country — while fending off prosecutors, respected authors like Bob Woodward and members of the press who simply call out the lies, inaccuracies, about-faces and double-downs of this clown car of an administration, the less time he has to make things worse.

The worse news is that LGBTQ Americans, people of color, the disadvantaged and anyone who disagrees with him now fully understand that this president will never be their advocate. Are there gay folks who still support him? Yes, because there will always be people among us who vote their wallets over their consciences and those who fear loss of privilege over equality for all.

But the worst news of all is the doubt that has been sown daily by the man himself that we have someone who is willing to use all the powers at his disposal to act capriciously and with malice. Had he been president during Lincoln’s term or when FDR held the office, who knows what would have become of our Republic?

And lastly, he’s left his country weighing what seem to be two unthinkable options: Which do you prefer: Someone who is eager to use his office to consolidate personal power and makes such irrational calls on policy matters that his own appointees have to keep him in check? Or that someone who was never voted into office is now secretly pulling on the levers of power while the president’s back is turned?

Supreme Court nominee Brett Kavanaugh’s record on LGBTQ rights is already murky. But he has been endorsed by a major foe of equality — and now Republicans are trying to... 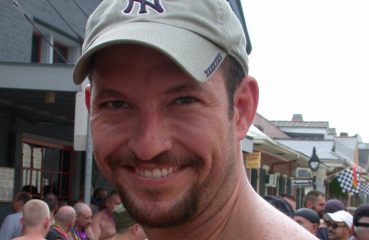 Entrepreneur, rugby player, gay man: Mark Bingham was known to friends, family and co-workers as a lot of things in his short life. Today, he’s remembered across the globe...