If You’ve Got It, Flavnt It 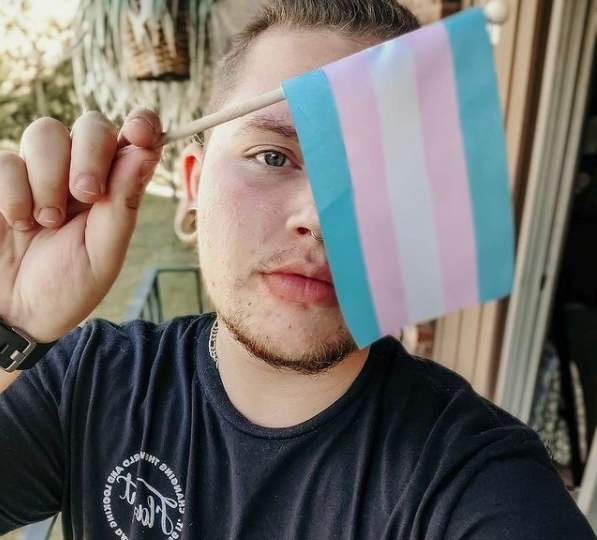 Put your money where you mission statement is. That’s the philosophy driving Flavnt Streetwear, the LGBTQ-owned Austin, TX design company that gives back gorgeously to the gay community.

Flavnt was founded by twin sibs Courtney and Chris Rhodes. They may have been born identical, but these Rhodes diverge brilliantly. Courtney identifies as female and celebrates her engagement to a woman named Kristen with the love and support of her cat children.

What a happy FURmily!

Meanwhile, Chris Rhodes is a trans man who shares his sister’s love of pets. Together, they created Flavnt to elevate the evolution of street style.

The slogans on their fetching fashions deliver both subversions and anthems.

Sure, straight people could wear the above catchphrases, but they just wouldn’t carry the same punch.

Flavnt Streetwear provides a declaration of queerness to everyone who dons their dapper duds. The clothing serves as a second skin, it serves as a cloak of liberation, and it serves lewks, honey!

But Flavnt is more than just a pretty/butch face; it’s also a model for activism in action.

The Rhodes siblings donate a considerable amount of resources to local queer initiatives. Everything from homelessness outreach to Black Lives Matter to animal rescue (obvi), these Texas trendsetters are funding the future they want to experience.

But dollars can only go so far – you also need to make sense. By partnering with other apparel brands, Flavnt multiplies their impact. After all, a garment is only as strong as its most distressed thread, so we must work together to weave wonder and resilience, one stitch at a time.

One of the Rhodes’ fave pet projects (other than their actual pets) is the opportunity to support individuals who are transitioning. It can be expensive to live your truth when ignorance surrounds you, but Flavnt brushes away the hate with a fab flourish of its signature styles.

Wear them with Pride, y’all. 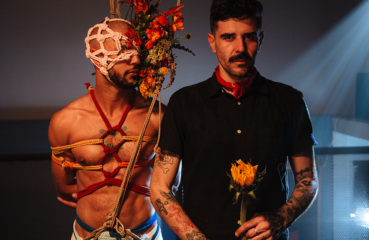 OUTFEST LA – International Shorts Collection: Fellas that Were in the Mood 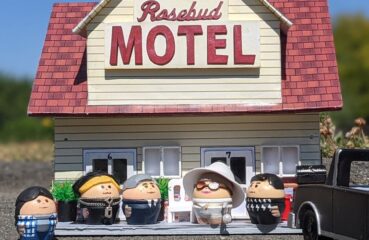 We Have Big Love for ‘The Little Schitts’

Understatement alert: we (heart emoji) Schitt’s Creek. It presented viewers with a sitcom universe in which the queer characters were the sanest amongst a sea of...