Written by Metrosource Editor| May 5, 2017| Entertainment

Queer|Art has announced a “Summer of Resistance,” a special season of films selected by activists and politically engaged collectives, presented as part of the long-running Queer|Art|Film series taking place in New York at the IFC Center from May 8-August 14. In a time of political upheaval, guests are individuals who refuse to be silent and complacent, and instead are committed to organizing and creating change for the communities they serve. For four summer nights, cinema will be used as a jumping off point for lively, challenging post-screening discussions that give depth to resistance and encourage audiences to act. A full itinerary follows; June 26’s Pride screening of Southwest of Salem: The Story of the San Antonio Four marks the series’ 100th film. All screenings begin at 8pm. First up is The Black Power Mixtape, a documentary made five decades after the civil rights movement of the 1960s lit a fire of Afro-Centrism and Black Pride in America.

The film screens Monday, May 8 at 8 p.m. The 2011 film is the work of a group of Swedish journalists who traveled to the U.S. with the intention of “showing the country as it really is.” The result is an extraordinary documentary that examines the Black Power Movement from 1967-1975, with appearances by Angela Davis, Bobby Seale and Huey P. Newton. For tonight’s presenters, the queer art collective fierce pussy — a group that emerged in the early 1990s from the members’ participation in ACT UP — the film is “a look back at a time [that is] still very relevant today as we continue to create strategies of resistance in the current social and political moment.” What a perfect way for us to kick off this special series – Summer of Resistance!

May 7 The Sondheim songbook really stands up to reinterpretation. Here, pianists Bill Charlap and Renee Rosnes take classics like “Ladies Who Lunch,” “Send in the Clowns”... 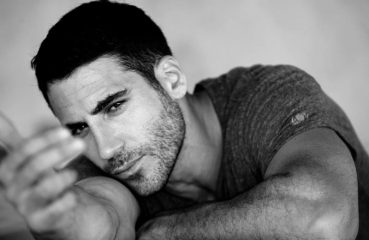 Miguel Ángel Silvestre and his Sense8 co-stars travel the world to create a fantasy about shared consciousness. But, he says, the real journey lies within. On his first day...