Evidently, drag queen Pissi Myles made waves when she showed up at the impeachment looking radiant in red. And naturally, the Internet had all the feelings about it. So here’s a taste of how Twitter reacted.

Even Impeachment Queens Get Frisked

A drag queen going through security at the impeachment hearings is seriously relatable content. pic.twitter.com/D8MGbHiROj

Who Are You Wearing, Impeachment Queen?

The Impeachment Queen Is Present

Jeremy thinks Pissi with her selfie stick is basically the definition of 2019.

There is a drag queen at the US Capitol today reporting on the impeachment proceedings. The most 2019 photo ever! Love it!!! pic.twitter.com/JWcroeBYhY

Giuliani May Be Pissy, But Pissi Is Not Giuliani

Dennis wondered if the queen in questions might be Rudy. (Hey, he’s done it before.)

I heard there was a drag queen at the impeachment hearings. I wonder… pic.twitter.com/2TmVGFCslS

What If Filth Was Pissi Myles’ Life?

And Dale served us some Divine/John Waters throwback realness.

This is the drag queen that should have been at the impeachment hearings. pic.twitter.com/vLFt0x5sLq

But Who Is Pissi Myles Anyway?

Pissi Myles is a comedian, singer, and humorist. You can frequently see Pissi perform in New York, New Jersey, Pennsylvania and Connecticut. You may also recognize her from appearing in of Cosmopolitan, on RuPaul’s What’s the Tee? podcast, or at the recently revived Wigstock. Additionally, Pissi produced this viral parody single “Babashook.” 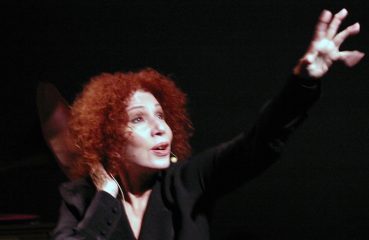 Step back in time and experience what it might’ve felt like to live in Paris during the halcyon years of Hemingway, Picasso and Modigliani. This is what Grammy Award-winning... 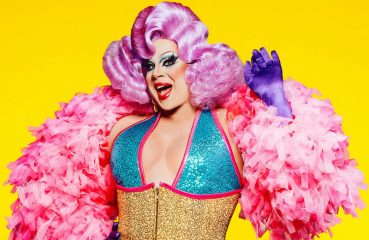 Every year, Metrosource looks back to see who has done the most to uplift the LGBTQ community. They’re people who’ve inspired us, people who’ve moved the...