Inside the Dream Palace

You can tell what kind of New Yorkers you know by the names they drop when they explain the Hotel Chelsea. Literay fans, for example, might mention Mark Twain (for A Connecticut Yankee in King Arthur’s Court) or Madonna (for Sex). Everyone knows it’s where Sid maybe murdered Nancy. Sherill Tippins drops all the names — from 1884 to present — in Inside the Dream Palace. Built as a utopia for bohemian ideals, the building has functioned as a hotel, a residence, a convalescence house for Titanic survivors and a salon — often all at once.

Tippins’ history never gets too academic but maintains a respect for this landmark of both architecture and culture. It’s a true New York story: sex, drugs and real estate. Over the past few years, the property has been in the news as longtime residents (such as party promoter Suzanne Bartsch) have tenaciously clung to rent-controlled apartments within, insisting that management’s desires to “perform renovations” are veiled attempts to drive them out. The Chelsea is expected to reopen as a hotel sometime in 2015; presently, it houses a trendy doughnut shop. How New York indeed. 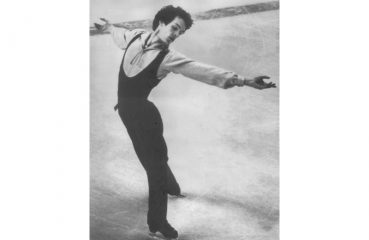 Alone: The Triumph and Tragedy of John Curry

Bloomsbury Sport; $33 By Bill Jones One might assume figure skating (with all its sparkle and grace) might be more hospitable to gay athletes. But how many openly gay skaters can...