Inside the Home of Elizabeth Taylor

What happens when a self-declared “butch lesbian” takes on the task of documenting the home of an icon of American femininity?

If clothes make the man, can a home reveal a legend? Noted photographer Catherine Opie poses this question in her book 700 Nimes Road (Prestel, $45), the last address of screen icon Elizabeth Taylor.

It’s not the first time a journalist has sifted through belongings and tried to understand a celebrity by roaming the same rooms as its famous occupants. After their deaths, Elvis’ Graceland and Michael Jackson’s Neverland were exhaustively explored and catalogued in search of new insights into how their very public figures live outside the spotlight’s glare.

Opie’s exploration of Taylor’s home began during the last few months the actress was in residence; however, the two never actually met (the project was brokered by an accountant who worked for each of them independently). Opie was never permitted inside Taylor’s bedroom while the actress was home, but was allowed unrestricted access once she left for the hospital — a trip from which she was expected to return but never did. Her access continued in the months after Taylor’s passing in 2011.

Thus, it fell to Opie to reveal Taylor’s personality solely through her environment — what she surrounded herself with and the things she loved. “I wanted to make something of a portrait that goes beyond a biography,” explains Opie, “of this person who was a movie star to the world, but lived a very real and unpretentious life.”


What comes through page by page is how relatively unaffected this larger-than-life personality seemed to be. “We forget that when we put a movie star up on a pedestal,” Opie observes. “So this book is about adding a counterweight to that, balancing her life in a more democratic way. First and foremost, this was a home to her, and over the course of the book, much like the course of my time making photographs there, you come to understand just how human she was.”

Once she was allowed access to Taylor’s inner sanctum, Opie found she had to confront something there she hadn’t expected: herself. “I’m what you’d consider a butch lesbian,” she explains. “I don’t wear makeup and I’m comfortable in my jeans and sneakers and a nice T-shirt. So what startled me was everything that went into her femininity. Just to take that in and consider what it all means, and not go completely over the top in doing so while making these images. So I show the clothes were hung in a way that created a pattern unto themselves and things like that. My own lack of femininity became a real challenge for me in that I found myself studying a lifestyle that I never aspired to have, being a tomboy. Just to catalog the sheer amount of makeup and lipstick and tweezers was something of a surprise to me, that I sort of had to come to terms with myself.”

Would Opie say that — after shooting everything from her jewels to her cowboy boots to her surprisingly well-worn manual explaining how to operate the TV — that she now knows who Elizabeth Taylor really was?

“I would not say I knew her,” Opie muses, “but I can say I got a sense of her and how much she loved her home, and I got the sense of how she liked to live life in a large way. I already admired her — as a young queer — for her work with AIDS and AMFAR, but I ultimately came to appreciate that even though she was married a bunch of times, she always kept her name, and the world always knew her as Elizabeth Taylor. So I came away appreciating her boldness and having a new perspective on what it means to be a feminist.”

Opie’s impressions of the Taylor home are often stately, almost serene, but she also finds elements other photographers might miss, and they speak volumes: A stockpile of AIDS ribbon pins reflect a lifetime of activism. A wide shot of one of the star’s enormous closets suggests the overwhelming task of dressing for a public life. And an image of Taylor’s cat Fang pawing daintily over her shoes is a poignant reminder that her mistress would never come home again. For more information on 700 Nimes Road,
visit prestel.com.

How Do I Prepare My Home for Holiday Entertaining?

Designer Robert Passal offers tips to keep in mind when preparing your home for holiday entertaining.... 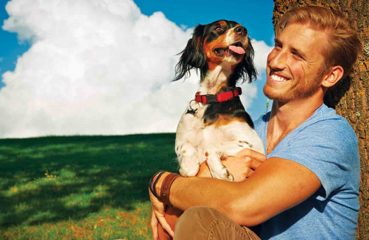 Petrosource is our annual salute to man’s furriest friends looks back at the year in pet social media, fundraisers for animal charities and surprises for animals and animal...