Is It Finally Time to Get a New TV? Terence Reviews the LG OLED 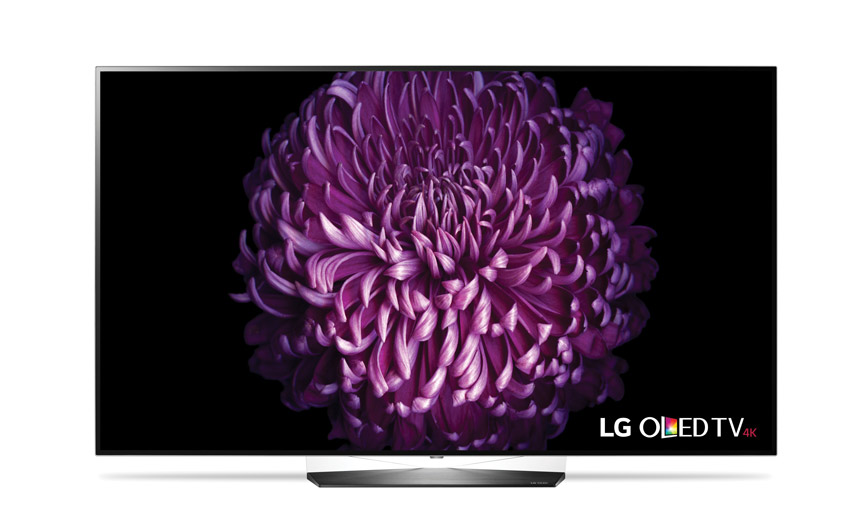 Terence managed to avoid writing about the topic of televisions for a very specific reason, until he finally fell for the set of his dreams — the LG OLED.

Of all the gadgets I’ve written about for Metrosource to date, I haven’t tackled televisions because of a dirty little secret: Up until a few months ago, my TV was from 2004 — for all purposes, a tech dinosaur. I’d hung on to my faithful Samsung LCD for 14 years, in part because it refused to die. Unlike laptops and smartphones (increasingly old by the time they hit the market), a TV is a major purchase that consumers still hold onto for several years, and none of the new models’ features were enough to make me give up what I had.

LED TVs were thinner, but not really better. Curved and 3D sets felt like fads that came and went. I already had devices that made my existing TV “smart,” and I know 4K is the future, but the content to support it had yet to materialize. None of these bells and whistles turned my head away from the set that had provided years of faithful service. I thought we might be together forever, until I found a sexy new lover: the LG OLED TV.

Like so many great romances, my torrid affair with the LG OLED started in the aisles of Costco. I wasn’t even shopping for a TV. I went in to by paper towels; the LG just happened to catch my eye, but the moment I saw it, it threw my instant gratification monkey into overdrive. I stopped in my tracks. My pupils dilated, my face flushed, and my pulse began to surge. I wanted this TV. I coveted it. I lusted after it. It was the most beautiful thing I’d ever seen. I vowed it would be mine.

Playing on the LG was a demo video of colored pencils. Although it was simple, the picture seemed to leap off the screen. The reds were rich and deep, the blues bright and luminous, yellows and greens faithful to nature. The 4k picture revealed the textures of wood pencil shavings and wax. It was like I could reach out and pick them up.

At nearly $2500, this was no cheap date. It was twice the price I paid for my TV 15 years ago; three times more than many “good” TVs on the market now. I knew that buying this TV would be an impulsive indulgence. I wanted to be sensible, so I exercised some self-control and decided to wait to see if this was mere infatuation or true love.

The very next day I rented a U-Haul truck, drove to my local Best Buy, and bought it. That was six months ago, and ,dear reader, it’s bliss. The LG OLED is the best TV that you can buy right now.

I’m not the only one saying that. The LG OLEDs consistently rank at the top of consumer reviews. Outlets like PC Mag and CNET call it hands down, the best TV they’ve ever reviewed. It’s the perfect storm of things you want in a TV in 2018: OLED, HDR and 4K.

The big game changer is the OLED (organic light-emitting diode) panel. Manufactured by LG, OLED is a relatively new display technology more commonly seen on smaller screens like phones and smart watches, but wasn’t available in TV sizes until a few years ago. What makes OLED screens different is the lighting: Typical TV technology (LED) relies on backlighting to illuminate the thousands of pixels that make up an image, but OLED pixels generate their own light, and this makes all the difference. Black portions of the image are truly black because the pixels turn off. The edges between colors, dark and light, are sharper than can be achieved with LED (where the backlight bleeds through slightly). With no backlight, these TVs are also incredibly slim. The majority of my LG OLED is just a quarter-inch thick. It’s also more energy efficient and runs much cooler.

These OLED screens are perfect for HDR (High Dynamic Range) content. All video and screens have limits to what colors they reproduce (that’s “the color gamut”). HDR expands that range, but what you really need to know is that HDR equals more shades and brighter colors. Also, the 4K displays means four times the pixel density of standard 1080p televisions — which provides greater detail — noticeable in the fine hairs and textures in scenes.

While OLED, HDR and 4K are all desirable, you’ll still need a fourth ingredient: 4K/HDR content that can take advantage of them. Here the set is a little ahead of its time. It masterfully up-converts lower quality content. Though actual 4K and HDR content is not as widely available, the TV’s built-in apps give you access to it via major streaming services like Netflix, Amazon and Hulu. It’s still mostly confined to their original content (Netflix’s Stranger Things and Amazon’s The Marvelous Mrs. Maisel, to name noteworthy standouts), but the library continues to grow. Still, it will be quite some time before cable/satellite broadcast content has the capacity to support 4K video.

Which model should you buy? You can’t go wrong. Thankfully, LG uses the same display panels in all of its models. Higher-end models have different build quality and better audio, but no matter which one you choose, you’ll get the same amazing picture. Mine is a 2017 model, and now that the 2018s have been released, prices should drop as retailers sell off their stock of last year’s models (which, apart from the integration of Google Assistant, are essentially the same).

Another reason I’ve avoided writing about TVs so far is because the subject seemed so complicated and subjective. Now it’s clear and simple. Which TV should you get? An LG OLED. 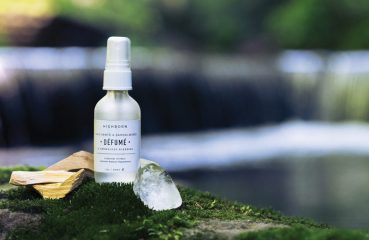 In a world where hidden chemicals seem to lurk everywhere, fall for all-natural mists from Highborn. Not only do they have a wonderful fragrance — like stepping into the... 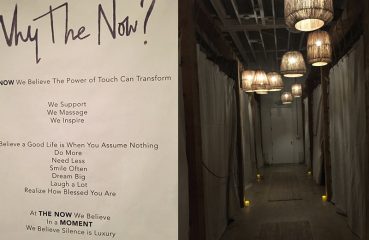 We sent a writer who is less than familiar with the rituals of massage to see if this boutique could ease him into it. The Now Massage Boutique 7611 Beverly Blvd Los Angeles, CA...

Metrosource Minis: The LGBTQ World & Beyond
Metrosource Minis is the official podcast companion to the national LGBTQ print and online magazine featuring short form interviews with our featured celebrities from the LGBTQ world and beyond...with your host, Alexander Rodriguez. Quick, fun, and informative...Metrosource on the go. [podcastplayer feed_url ='https://feeds.sounder.fm/3885/rss.xml']
Listen On Apple Podcast Listen On Spotify
Nicholas Brown, Egyptologist

You may have noticed the History Channel heating up this summer with a member of our community chatting it up about all things Egypt.

On this episode we chat with Egyptologist Nicholas Brown who has worked as an archaeologist in Egypt for ten years. He received his MA degree in Egyptology from the American University in Cairo, and currently is an Egyptology PhD student at UCLA. Currently he lives between Los Angeles, CA and Cairo, Egypt. His excavation experience includes working with archaeological sites in Aswan as well as funerary sites in Luxor, Amarna and the Sudan. In 2016, He has conducted archival research for the MFA, Boston’s Egyptian Art Department’s exhibit “Ancient Nubia Now.” He has been seen as an on-screen expert, and was featured in History Channel’s Unxplained with William Shatner.

On this episode we chat about his early love for Ancient Egypt, studying and living in Egypt, dispelling some myths about Egyptology, Pride month, and about the LGBTQ culture in the Middle East…with host Alexander Rodriguez.

You can check out our indepth article with him in our Pride issue of Metrosource, available on newsstands around the nation, or at Metrosource.com

RuPaul’s Drag Race All Stars 6 has been ru-veale

By revealing his HIV status, our forever hero Bill

We thought long and hard about our bucket list for

Let’s put all the stereotypes on the mat 🤼 we

Say hello to the winner of Baketopia ep.1 🧁 Gre

@queenlesli has a message to the #LGBTQ community

Lesli Margherita tells us how to become the Queen

Move over Indiana Jones, there’s a new archeologist heating up the excavation scene. Our interview with Nicholas Brown is available now. Read, listen or watch below https://metrosource.com/from-los-angeles-to-cairo-to-the-history-channel-nicholas-brown-makes-archeology-sexy/

To all the loving Dads around the world, Happy Father’s Day ❤️

Yes I Am - The Ric Weiland Story.@YesIAmFilm·
18 Jun