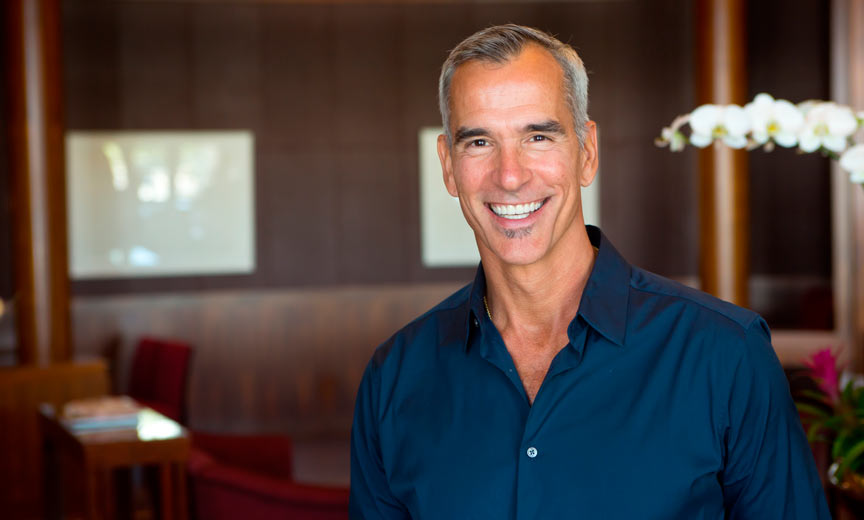 The musical theater dynamo sounds off on showing skin to fight AIDS and bringing Pretty Woman to the stage.

This June marked the 27th time that Broadway actors disrobed in the name of charity thanks to Jerry Mitchell. We took the opportunity to check in with the artist about the genesis of the annual Broadway Bares burlesque which rocked Manhattan’s famed Hammerstein Ballroom to raise money Broadway Cares/Equity Fights AIDS (BC/EFA).

“When we first started, I didn’t know how long it would go on. I didn’t even know if we’d do a second one,” Mitchell says, reflecting on his original vision for the show that debuted in 1992. “I was trying to do something for myself and my friends who were being directly affected by the AIDS crisis.”

“I personally lost so many friends as a young gay man dating in the early 90s. Everybody was afraid to touch,” he adds. So he decided to do something about it. And on April 8, 1992, seven Broadway-caliber male dancers gyrated for a good cause — on stage at the much-missed gay watering hole Splash, and Broadway Bares was born. Since then, Mitchell’s brainchild has touched many lives, raising over $15 million for Broadway Cares/Equity Fights AIDS, which has been helping people with AIDS for nearly three decades.

Mitchell On Stage: A Brief History

Born in Michigan, Mitchell first pursued a career in acting, dancing and directing in St. Louis, where he attended Webster University. Early in his career, he took to the stage in The Will Rogers Follies and Brigadoon, then moved into choreography for the musical Jekyll and Hyde in 1990. Nine years later, he undertook first Broadway production as sole choreographer: a revival of You’re a Good Man, Charlie Brown. He ultimately became a multiple Tony Award-winner — involved in more than 50 Broadway, Off-Broadway, West End and touring productions (including The Full Monty, Hairspray, Gypsy and Legally Blonde). He won a 2013 Tony for choreographing Kinky Boots (for which he also received a directing nomination), and he was recently in Australia planning the launch of Kinky Boots productions in both Melbourne and Sidney.

Mitchell’s next project is bringing Pretty Woman from screen to stage, which he’d been working on with Garry Marshall (who produced the film) until Marshall’s death last year. “When I saw this film 25 years ago I was a dancer on Broadway and I wanted to get the rights to turn it into a musical,” Mitchell says. “It was larger than life. It’s always great to have a heroine that’s larger than life when you’re doing a musical.”

Whatever the project, Mitchell recognizes the importance of creating unity among musical performers; it was another motivating factor for his continued involvement with Broadway Bares.“Our business can be isolating, as you are always competing against the dancer standing next to you for the same role,” Mitchell says. “What Broadway Bares has been able to do has been to show young people that there’s a way to work together for the same goal and get great fulfillment out of that.”

Mitchell continues to serve as executive producer for the show and its offspring — satellite productions on Fire Island, in Las Vegas and in London. He believes the show remains as relevant today as ever.

“It has become an iconic event for Broadway Cares,” he says. “People come from all over the United States to New York for Gay Pride, and Broadway Bares is definitely on their map of what they want to attend. It’s become a celebration of life. And there’s nothing that makes me happier than that; life is worth living, and let’s celebrate that.”

Learn more about the unique fundraisers of BC/EFA at broadwaycares.org. 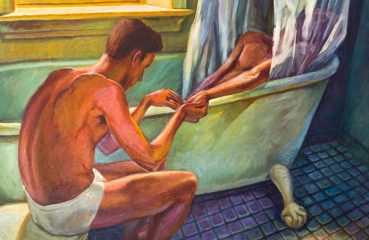 AIDS at Home: An Exhibition at the Museum of the City of New York

An exhibition showcases art that explores the early years of the epidemic from a very personal perspective. As the AIDS crisis unfolded during its early decades, even the hidden... 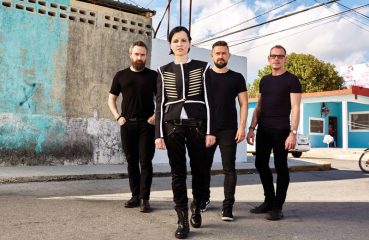 The Cranberries Linger over Their Hits on “Something Else”

The Cranberries Something Else (BMG) The Irish quartet’s latest release offers unplugged and orchestral versions of the biggest singles from throughout their...