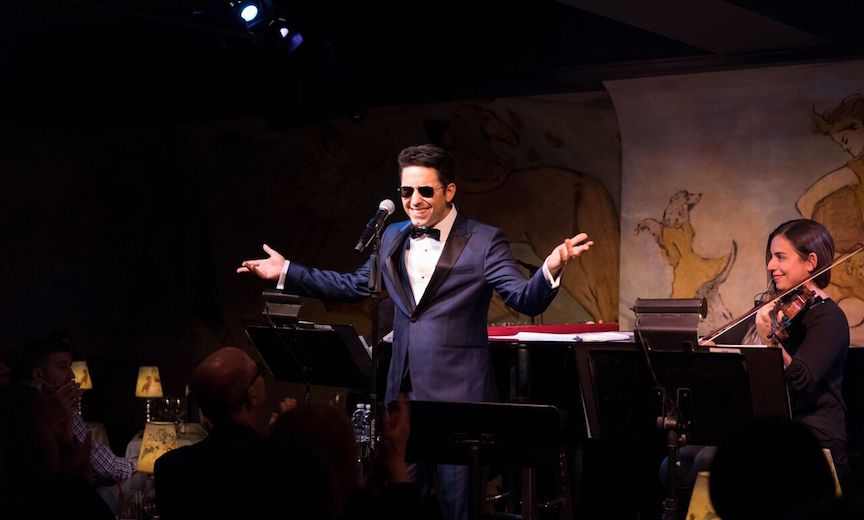 For the uninitiated, Young made a huge splash in his Broadway debut, where he originated the role of Frankie Vallii in the musical Jersey Boys. And catching him live in the intimate confines of the Carlyle, it’s easy to see why: Young commands of one of the best pop voices to come along in decades, and he wields it with the precision of a master. When he and the material align, it’s a phenomenon that is truly breathtaking.

And often, with the help of his consigliere/arranger and accompanist Tommy Faragher, he dials it in with such perfection that you can almost feel him pinch every sweet spot in a song like a first date flirt bent on getting lucky. Choosing the Nancy Sinatra-sung James Bond theme “You Only Live Twice” (Gen Xers would know it as the sample behind Robbie Williams’ “Millennium”) to open was a canny move as it both set the tone and allowed Young to warm up the crowd and his voice at the same time.

Make no mistake: Young’s Affleck-like good looks aside, the evening is all about his vocals and the charming ease with which he puts over tunes that aren’t obvious fits, Stevie Wonder’s smash from the ’70s “Don’t You Worry ‘Bout A Thing” being a good example. His pitch is perfect, his sense of rhythm adept and precise, but as a blue-eyed soul stylist, he might fare better with Bobby Caldwell’s “What You Won’t Do for Love.” (Yes, that’s a thinly-veiled request, sir).

Listening to him over the course of 90 minutes (expertly backed by Faragher on background vocals and keyboards. Bashiri Johnson on a variety of percussion instruments and violinist Gokce Erem), it’s quite clear why he sails and soars through Four Seasons and Roy Orbison classics. Young’s voice is the kind that was every hopeful singing star’s dream when those tracks were America’s favorite radio fare. In this era of AutoTune and hits built around four-octave runs up and down the scale, Young’s voice is oddly out of time — which is just fine with the vast majority of his audience. In fact, it’s refreshing to hear a singer who works to serve the song, rather than bending it to his will.

Some of the best moments were also the least expected: Harry Nilsson’s “One” was delivered in the Three Dog Night hit arrangement, and Smokey Robinson’s “Ooh, Baby Baby” gave Young an opportunity to embroider its delicate melody line with just the right drizzle of falsetto; it was a master class in control and knowing precisely what your voice can add, and what your voice can do better than nearly anyone singing today.

A pair of originals, “Slow Dawn Calling” and “Almost There,” were worthy contenders, too — which is saying something when you’re singing evergreens that run from “The Impossible Dream” to “Maybe I’m Amazed.”

The evening ended with Young giving his patrons exactly what they’d hoped for: A stripped-down version of “Sherry,” perhaps the best known and most beloved of Four Seasons classics. This, after all, was not Young’s first residency at the Carlyle, and he worked the space like he was throwing a party for friends in his living room. 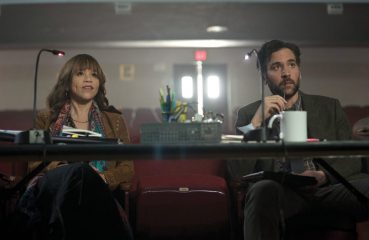 Gleeks, rejoice! Rise, a new musical drama set to hit NBC for a mid-season premiere on March 13th, is just what you need to fill the void left behind when Glee left the air in... 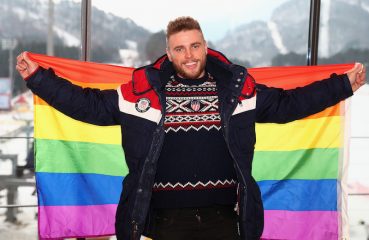 Gay Athletes vs. the Trump Administration: Kenworthy Is Winning the Media War

What an Olympics it’s shaping up to be, as several gay olympic athletes have already won medals, and none of them is backing down from the anti-gay Trump regime. Fireworks...