When wondering where to venture on my next vacation, I have often considered whether I could visit someplace that would allow me to explore part of my family history.

I’ve wondered what it would be like to seek out my mom’s proud clan of Irish Catholics or my Dad’s Viking ancestors from Norway. I once went so far as to plan a trip down the Norwegian coastline but was waylaid at the last minute by the flu. I could almost hear my rugged Norse ancestors laughing in pity at my weakness — though that could have been the delirium. I hope to someday reschedule.

In the meantime, I remain fascinated by the idea that we are all deeply connected to people we have never met in places we have never been. So when Gimlet Media announced it was producing a new podcast about geneology called Twice Removed, I was excited. I had long been a fan of its host A.J. Jacobs, who is adept at turning brainy experiments (like reading the entirety of the Encyclopedia Britannica) into funny, insightful prose. The show’s premise also seemed promising: it would delve into the family histories of well-known individuals, pausing to take deeper dives into the more intriguing figures they encountered along the way. Eventually they would introduce their guests to a mystery relative living today — ostensibly someone so far removed from them by generations of blood and marriage that they never would’ve guessed they are “cousins.”

However, I’d been burnt by a similar premise before. Who Do You Think You Are? was a genealogy docu-series that debuted on NBC in 2010. It had a solid pedigree — executive produced by Lisa Kudrow and adapted from an already popular British series. It had great stars: the first season alone boasted the family trees of Sarah Jessica Parker, Susan Sarandon and Spike Lee. But the results were, well, static. I recall sequences of celebrities staring at empty fields where something supposedly once happened. There were many long, ponderous visits with historians. And, frankly — no matter how fiercely dressed SJP is — watching her look at an old piece of paper and say, “Oh, wow…” is only interesting so many times.

Fortunately, I am pleased to report that Twice Removed avoids these pitfalls and manages to be utterly absorbing. Unfettered by the need to ferry celebrities and cameras around the world, they can paint vivid mental pictures of truly extraordinary people and events — no matter how many seas or centuries they need to cross to find them. The show also makes efforts to link the ancestors they highlight along a theme that applies to the person at hand. Thus, outspoken activist Dan Savage learns about some of his most rule-breaking, boundary-pushing relatives, while culinarian Ted Allen gets a focus on people who had interesting relationships to food. The producers leave no stone unturned — exploring archival documents, genetics, even folklore. The show also perpetually packs an emotional wallop by allowing us to hear its guests’ genuine reactions once they find out they are descended from slaves or slave owners, scientists or artists, mobsters or royalty. Plus, the revelation of the mystery guest ensures that each episode ends with wonderful moment of, “Wow!” I heartily recommend catching up with the show at gimletmedia.com.

Most Americans come from backgrounds whose twists and turns offer us exciting avenues to explore where we came from. It’s something we can appreciate about each other — from those whose relatives came over on the Mayflower to the latest holder of a green card. If you’re wondering where in the world you can go to explore your family history, you can use resources like ancestry.com

or 23andme.com and do your research in the style of Twice Removed. But I’d suggest you start by reaching out to your oldest living relatives. Not only do I bet they’ll have plenty of stories they’d be glad to share, they may also point you toward exciting destinations you can explore today that were an important a part of your story long before you were ever born.

Kevin gets caught in the turnstiles of Hollywood’s fame game, but he’s left wondering if there’s really any value in being known by the well-known.... 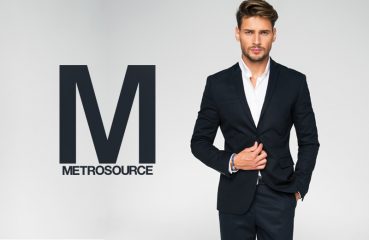 Our biggest news yet: Davler Media Group has acquired Metrosource in a move that expands the range, power and influence of both parties. While the acquisition is expected to...