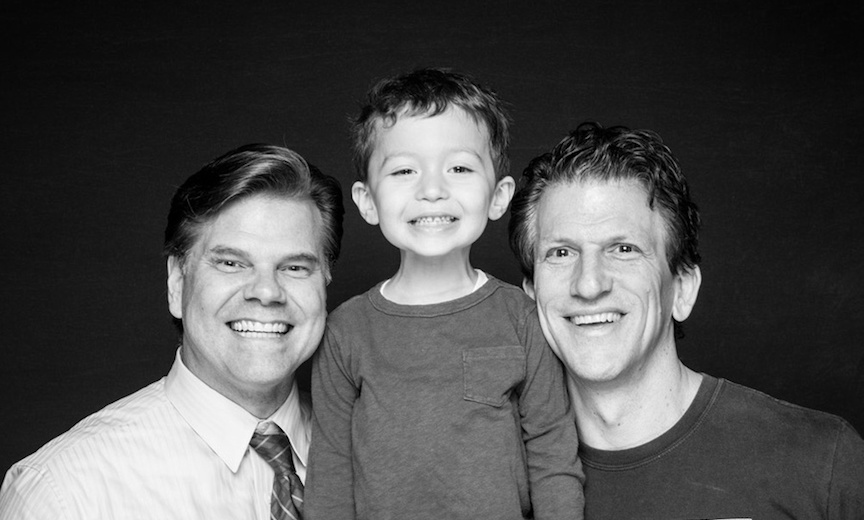 Ask Anthony Brown, and he will tell you that in many ways, he’s had a maverick life. As an actor, as a lawyer, as a husband and a father.

Today, his work as an attorney helps LGBT clients navigate the tricky nuances of estate planning, wills and other legalities that keep worried families up at night. But the path to his current career was anything but straight.

Being gay is the least of it. When he arrived in New York in 1984, it was to attend Julliard to study acting. Just as he was about to graduate, Brown met the man who would one day become his husband, Gary Spino.

And, while he met with enough success to work as an actor, he had both bills to pay and time on his hands between jobs. On the road with a touring production of Romeo and Juliet, Brown discovered a massage table stashed behind a Coke machine and decided to make it — and massage — his next passion.

Serendipity struck once again when one of his massage clients turned out to be Tom Stoddard, one of the founders and guiding lights behind Lambda Legal, an organization doing much of the heavy legal lifting during the peak years of the AIDS crisis. “I was lucky enough to work with him during the last seven years of his life,” Brown says now. “He wrote New York’s anti-discrimination law protecting gays and lesbians, and he was a huge influence on me.”

As Brown tells it, “I really had no particular interest in law until I met Tom, but the idea just kept gnawing at me, so I took the LSAT and I did pretty well. He attended law school in Brooklyn, where he met and worked with Nan Hunter, who started the gay and lesbian project at the ACLU.

The cumulative effect of his experience helped him to first undertake the tricky process of having a surrogate bear his and Gary’s son, the now eight-year-old Nicholas, as well as point the way to which direction his work as an attorney should take. Their entire experience was documented by CNN in a 2010 Soledad O’Brien documentary called Gary + Tony Have a Baby.

Brown is busier than ever in his practice, helping to protect LGBT families’ properties, relationships and rights. “About a year ago when the inauguration was about to happen, my phone started ringing off the wall. Yes, it’s a scary time,” he’ll admit. “But there are legal protections in place, so there are more avenues and ways to safeguard gay rights than ever before.”

Got a legal issue? See our directory to contact Anthony Brown. 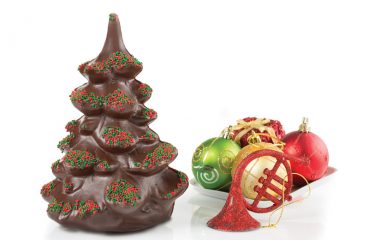 Li-Lac Chocolates: Where Quality Products and Community Service Stand the Test of Time

How long has Li-Lac Chocolates been a part of New York’s landscape, supporting local organizations and insisting that time-tested recipes still make for the best confections... 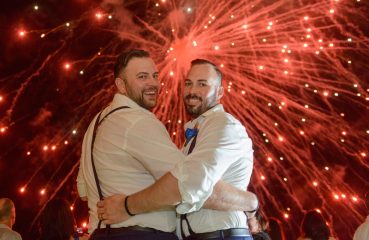 This Is Who You Should Hire to Cater Your Gay Wedding

If you’re in Chelsea or Harlem and planning an LGBTQ wedding, we’ve listed a few of our favorite wedding services, venues and catering services in New York to help you...