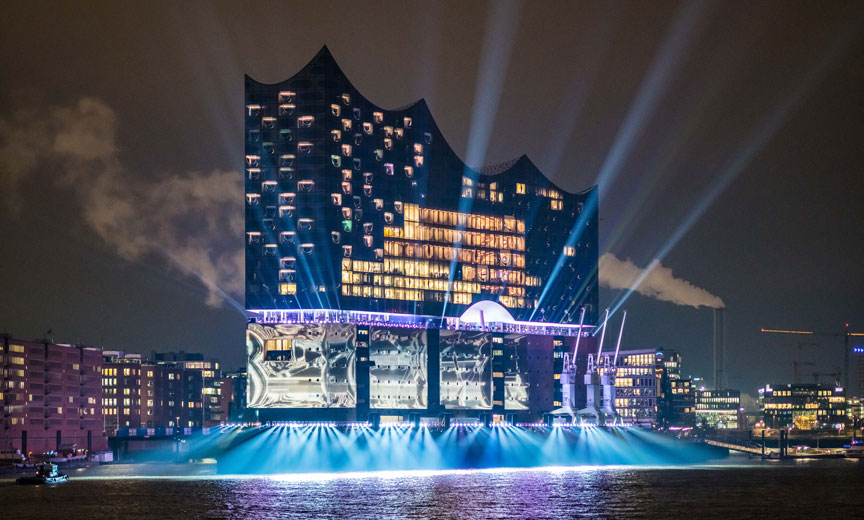 When Karl Lagerfeld returns to Hamburg, people take notice. As an arbiter of luxury and indulgence, few people are more influential than the Hamburg-born kaiser of couture who left his hometown for Paris in the 1950s. A master of extravagant spectacles, Lagerfeld has presented his collections for Chanel and Fendi at the world’s most dazzling locales: from China’s Great Wall to Scottish and Austrian palaces, Paris’ Grand Palais, and Rome’s Cinecittà — so it was only a matter of time before Lagerfeld landed at Hamburg’s Elbphilharmonie.

As Germany’s second-largest city, Hamburg has sometimes loomed in the shadows of its bigger sister Berlin. That may have changed with the 2017 opening of Elbphilharmonie, a 21st-century engineering marvel and stunning concert hall built atop a 1960s-era docklands warehouse in the center of Germany’s largest port city. Known affectionately as “Elphie” by locals, the magnificent Elbphilharmonie has given Hamburg a singular architectural landmark as recognizable as Sydney’s Opera House or Bilbao’s Guggenheim.

Designed by Swiss architects Herzog & de Meuron (at a cost of nearly $1 billion), the breathtaking structure rises nearly 400 feet above the Elbe River like a suspended cerulean wave of glass about to crash on the shores of Hamburg’s HafenCity. Once Lagerfeld bestowed his blessing on Elbphilharmonie with a 15th anniversary showing of Chanel’s Métiers d’Art collection, it was clear to many that Hamburg had become the new cultural capital of Germany.

Having It All in Hamburg

Straddled between the North Sea and the Baltic, Hamburg and its metropolitan region (which currently numbers approximately 5 million people) traces its cross-cultural roots to its membership in the Hanseatic League, the medieval confederation of merchant guilds that dominated Northern European trade for more than 300 years. Despite of a history of cataclysmic catastrophes that include flooding, fires and World War II bombing that several times reduced the city to little more than ruins, Hamburg has risen like a phoenix, wealthier with each incarnation of its rebirth.

By the time the Beatles arrived in 1960 for a two-year stint along the city’s notorious Reeperbahn that refined their act (as well as shaped their moptop haircuts), Hamburg had become a bellwether for European nightlife and musical culture. For a glimpse of the wild flamboyance of the era, albeit with Savile Row finesse, the men’s haberdasher Herr von Eden exemplifies Hamburg’s ongoing sartorial savvy.

Founded in 1998 by designer Bent Angelo Jensen, the label remains a favorite of numerous music industry luminaries who personify the maxim that a man is rich when of sound mind and the owner of a good suit. To wander through the warren of rooms in the exquisite St. Pauli boutique is akin to sliding into a resplendent rabbit hole outfitted in paisley, polka dots, stripes, velvets and tweed.

Affluence on the Elbe

As the seat of Germany’s oldest stock exchange and home to the republic’s most influential media, including Der Spiegel and Die Zeit, Hamburg has a history of catering to the well-heeled and well groomed. Dedicated to gentlemen, Barber House serves its fashionable clientele in an elegant Old Town building where wet shaves and haircuts are rendered with meticulous care amidst a surfeit of marble and mahogany.

One of Europe’s most affluent cities (home to more than 40,000 millionaires), Hamburg remains in the throes of a massive renaissance, most noticeably in the ongoing development of HafenCity. An area once defined by Speicherstadt, a UNESCO World Heritage Site of neo-Gothic brick warehouses has become the largest urban redevelopment project in Europe: a 400-acre maritime city with architecture by Rem Koolhaas, Renzo Piano, and Zaha Hadid. The completion of Elbphilharmonie continues the reinvigoration of its docklands and the extension of the city center to the Elbe River.

Given the absence of an aristocracy during Hamburg’s history as a free imperial city and sovereign state before German reunification in 1871, the city is marked by lakefront mansions rather than palaces, many of which eventually became consulates and private homes, as well as showrooms to such designers as Lagerfeld, JOOP! and Jil Sander. In the early 19th century, the American-born shipping industrialist John Fontenay purchased a tract of land along Lake Alster, which is now home to The Fontenay, Hamburg’s first five-star hotel to open in more than 20 years. 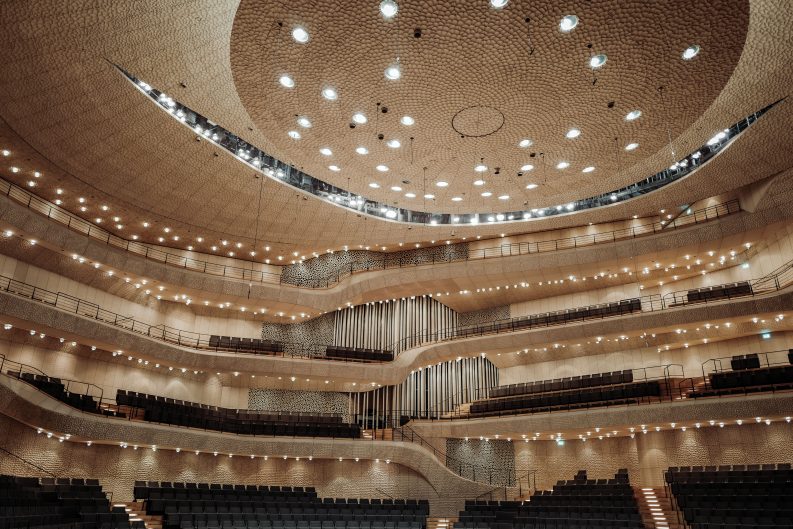 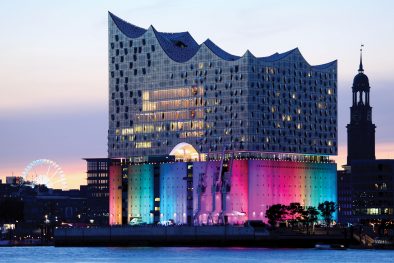 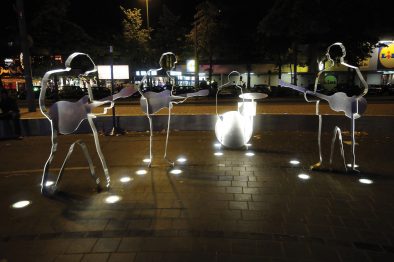 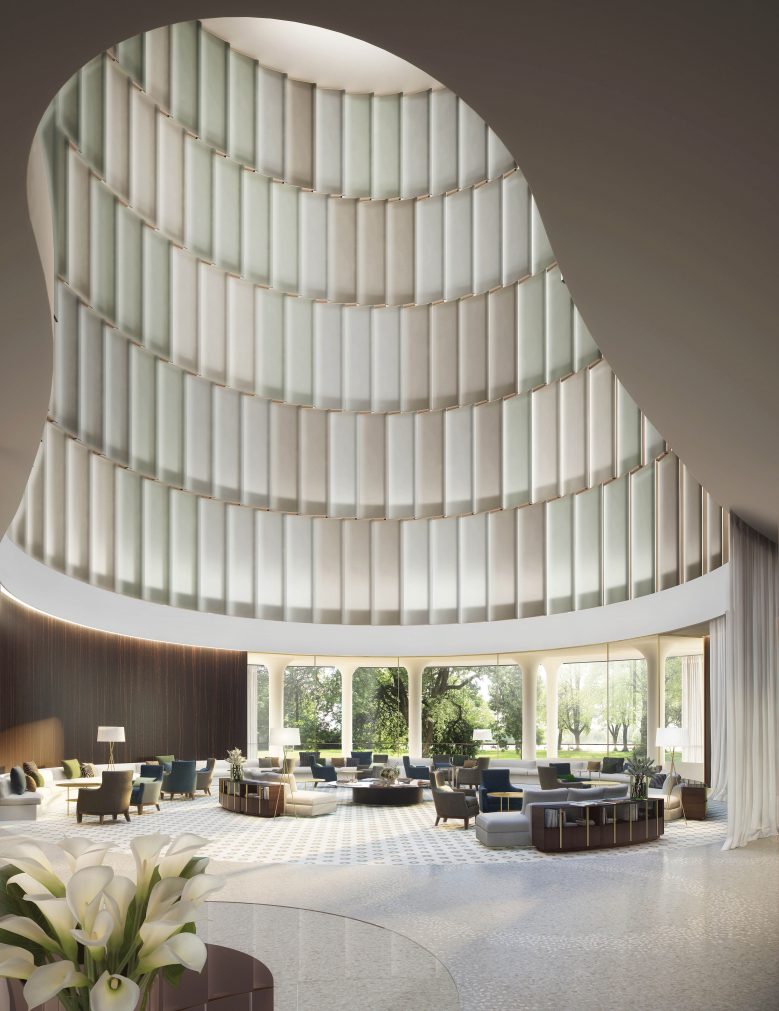 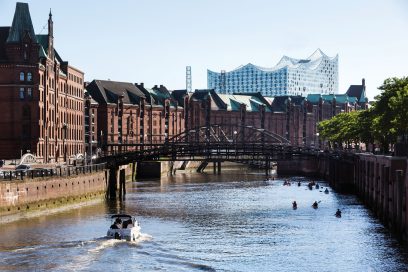 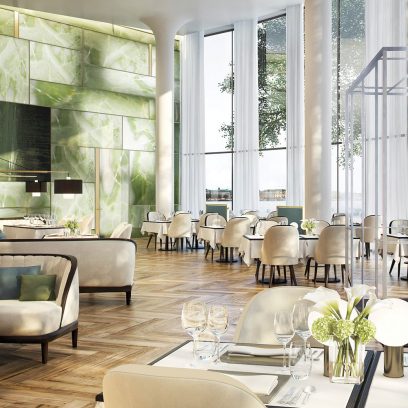 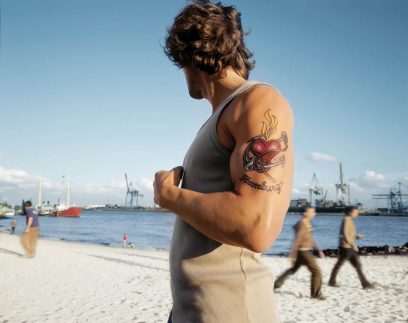 A Hamburg Tattoo on Elbe Beach 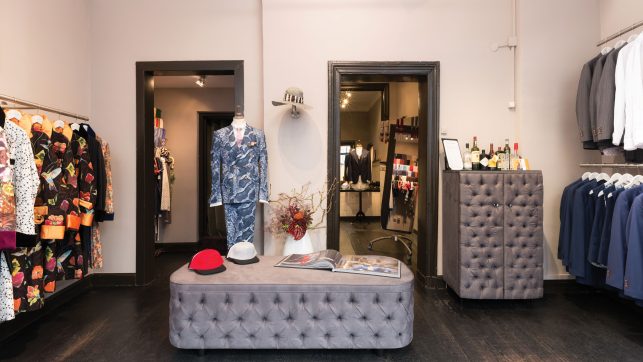 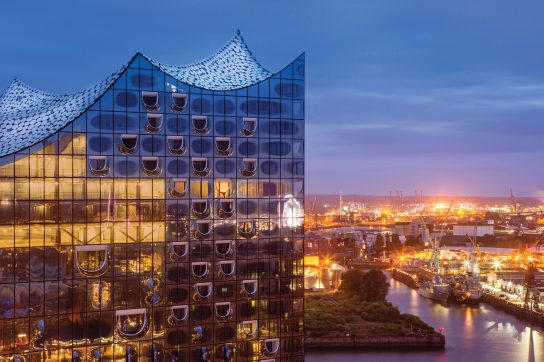 Elbphilharmonie in the Evening

Designed as a trio of interlocking circles along the lakefront, the 131-room Fontenay offers panoramic views of the city from its luxury rooms and suites, as well as a rooftop restaurant with a Michelin-starred chef, Germany’s first La Mer spa — and an indoor-outdoor infinity pool. Nestled amidst one of Hamburg’s most verdant neighborhoods, The Fontenay complements Elbphilharmonie with an emphasis on innovative architecture emblematic of 21st-century Hamburg.

With more than 100 districts, Hamburg has a neighborhood for every fancy and fetish — though the two named for saints, St. Pauli and St. Georg, are the centers of LGBTQ life and home to Hamburg Pride. A convivial neighborhood of coffeehouses, bars and design shops in 19th-century buildings, St. Georg runs parallel to the larger of the city’s two lakes, which makes for a pleasant moonlit walk back to Reichshof Hotel Hamburg with its Art Deco-era Bar 1910. Built that year, the century-old hotel still retains its Jazz Age charm with a classic speakeasy that features a club room and billiards table.

Martini in hand, it’s easy to understand why Lagerfeld returned home to a city that is building on a rich and glorious past to embrace a seemingly limitless future. 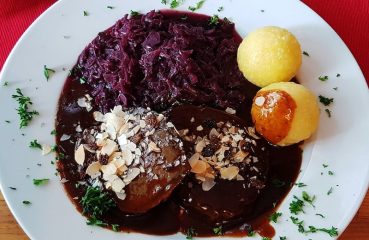 Where to Eat: Our Favorite LGBT-Friendly Chelsea Restaurants

The Breslin The Spotted Pig folks are behind this vintage-rustic restaurant in NoChel’s Ace Hotel. British-inspired fare is egg-centric at breakfast and meat-and-terrine heavy... 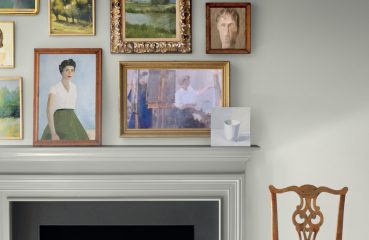 Recently, Benjamin Moore announced its Color of the Year 2019: Metropolitan AF-690, a stylish gray with cool undertones; we get some perspective on using the hue from people with...