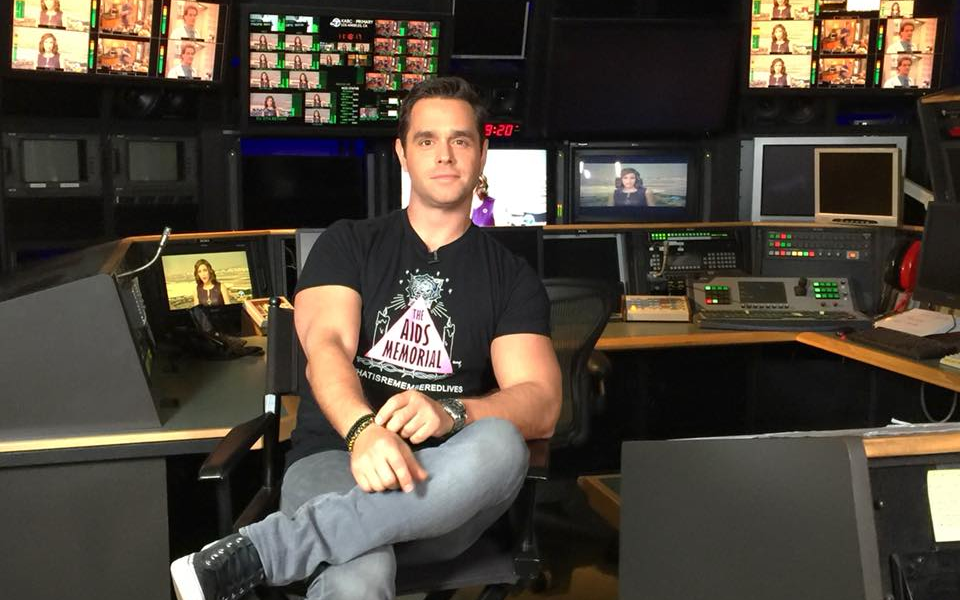 You may recognize on-camera journalist Karl Schmid from his coverage of the Oscars on ABC’s On the Red Carpet, or you may recognize him from the 1st ever televised broadcast of LA Pride. His interna-tional career has formed his charming, if hard to describe, accent and he has graced television screens in Australia, Canada, Britain, and the United States. But beyond the cameras, the slim fit tuxedos, and A-list celebrity interviews, Karl is a staunch activist for the HIV/AIDS community.

He was told to keep his HIV diagnosis a secret for over 10 years, at the risk of ruining his career. In-spired by the AIDS Memorial Quilt, he could keep quiet no longer. He took to Facebook and posted:

Hi. I’m a 37-year-old HIV+ man who has been poz for almost ten years. I work in television. And on the side of the camera where, for better or worse, it’s considered “taboo” for people “like me” to be “like me”. For 10 years I’ve struggled with “do I or don’t I?” For ten years the stigma and industry professionals have said, “don’t! It’ll ruin you.”

But here is the thing – I’m me. I’m just like you. I have a big heart and I want to be loved and accept-ed. I may be on TV from time to time, but at the end of the day, I’m just an average guy who wants to be accepted and loved by our friends and family and to be encouraged by our peers. 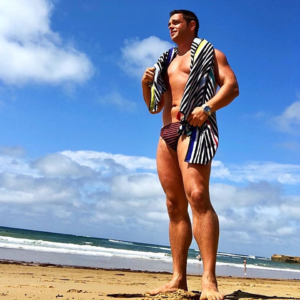 So, here’s what I say – stand tall and stand proud. You can’t make everybody happy, but you can make yourself happy. So long as you tell the truth, you will never have to remember anything. Labels are things that come and go but your dignity and who you are is what defines you. I know who I am, I know what I stand for and while in the past I may not have always had clarity, I do now. Love me or hate me, that is up to you. But, for anyone who has ever doubted themselves because of those scary three letters and one symbol, let me tell you this, you are somebody who matters. Your feelings, your thoughts, your emotions count. And do not let anybody tell you otherwise. I’m Karl Schmid, and I’m an HIV positive man!

Everything was on the table. Karl remembers the moment after hitting “post.”

Well, if I’m speaking honestly, I’d had a couple of vodka martinis and a Xanax. So, I was feeling pretty great anyway and knocked out and went to sleep. But it was in the coming days as people from all over the world reached out to me privately on social media to say “thank you” that the significance of what I had inadvertently done sunk in. People were able to see themselves in me – which is in-credibly humbling. If my speaking honestly about my HIV gave someone hope, then letting my fin-gers do the talking that day and trusting my gut was the right move.

His coming out as HIV positive was not the career suicide he had feared. He was lauded by both the entertainment and LGBTQ communities. While it was a bold move, have we come that far with proper education and awareness? 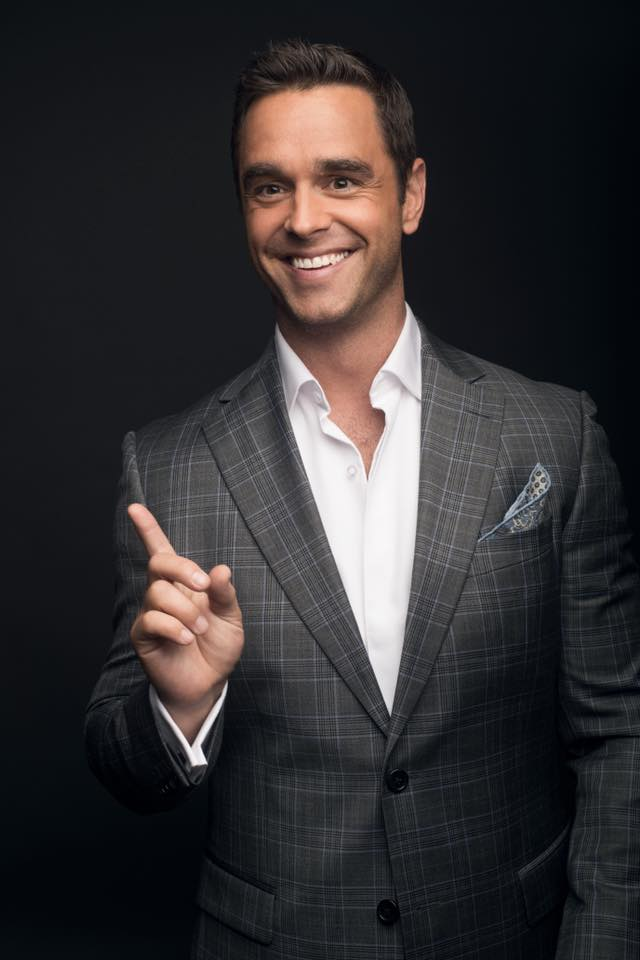 My boss at the time said to me, “This shouldn’t be a news story.” And she was right. But sadly, it is still. After 40 years, HIV still is seen as this death sentence brought on by promiscuous behavior or drug abuse. The reality is that HIV is a very easy to manage chronic illness that for many people re-quire a pill or two each day. What my “coming out” has afforded me to share with colleagues in the workplace, and anywhere else anyone will listen to me, is the chance to talk openly about HIV and not treat it like a dirty secret. People have asked questions about it and through that been educated and their minds have been changed. That is what I call turning positive into a plus!

Karl admits that there is still resistance, even in our own community, to talk about HIV/AIDS. Slang on dating apps and members of the community still in the HIV closet belie the research that has been done and advancements that have been made.

I think the LGBTQ community is still so resistant to talk about or address HIV because of the mis-information and stigma that still surrounds the virus. It’s crazy that in this day and age and with all the technology and information we have at our fingertips that people still use expressions like, “clean, u be 2” on apps like Grindr. The science is clear and is backed by the CDC, NIH, and the World Health Organization, if you are HIV+ and take your meds as prescribed and maintain an undetectable viral load you cannot pass on the virus. Otherwise known at U=U or Undetectable equals Untransmittable. People using language like “clean” to describe themselves free of STIs or HIV only fuels the insane and redundant stigma that exists. Am I “dirty” because I have HIV? I mean, I shower normally twice a day, and am a gay male who is a Virgo! C’mon people!

I also think there is still a great stigma and shame associated with sex and being sexual – and while many in LA and West Hollywood will dedicate hours each day in the gym to make themselves look like the Adonises that they feel validates them (and in a way sexualizes them), many are still terri-fied to talk about sex or sexuality. For as long as we associate sex as something sinful and shameful, there is always going to be a stigma surrounding HIV.

Although shows like Pose and It’s a Sin have put a spotlight on the AIDS epidemic era, there is still a younger generation very removed from that time in our history. Karl’s message to them is clear:

An HIV diagnosis in 2021 is no worse than a diabetes diagnosis. Actually, it’s easier to manage and doesn’t require you to prick your finger! It is really that simple. There are all kinds of programs and financial assistance available to get you on your meds and get you undetectable even if you don’t have insurance. There is no reason to feel ashamed or like you’ve done something wrong. There are also options like PrEP which you can use as preventative measures. 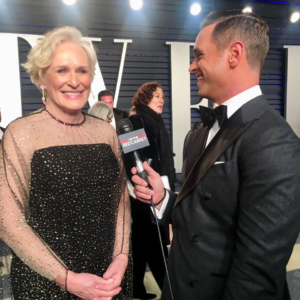 To continue his mission to educate and raise HIV/AIDS awareness, Karl launched +Plus Media, an online safe place where a diverse and inclusive representation of those living with HIV/AIDS can tell their stories, share their struggles, and inspire the community’s fight against the stigmas associated with a positive diagnosis. In a milestone, Karl’s hosted show Plus Life went national on ABC’s Localish Network. The show, always upbeat, features a cross-section of celebrities, medical experts, and other activists and is a testament to the fact that HIV/AIDS is no longer something to be shunned, it is part of our American story, and it is something to be understood and talked about.

And check out our podcast chat with Karl coming soon to www.Metrosource.com
Instagram @KarlSchmid and Facebook @KarlJSchmid 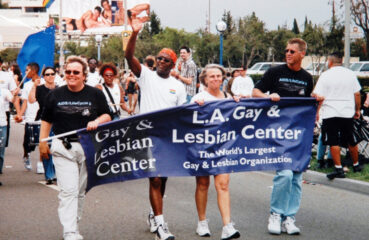 In September of 2020, it was announced that the Los Angeles LGBT Center would begin its search for a successor to CEO Lorri L. Jean who, at the time of retirement in July of 2022,... 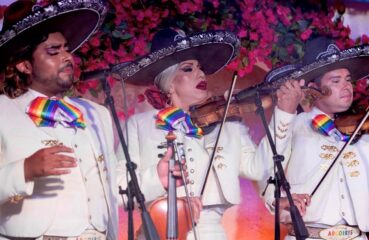 Sing it with us now: musicians have swagger! Ever since Elvis gyrated his bedazzled hips, we have been swooning to the symbiosis of melodies and machismo. But if you automatically...