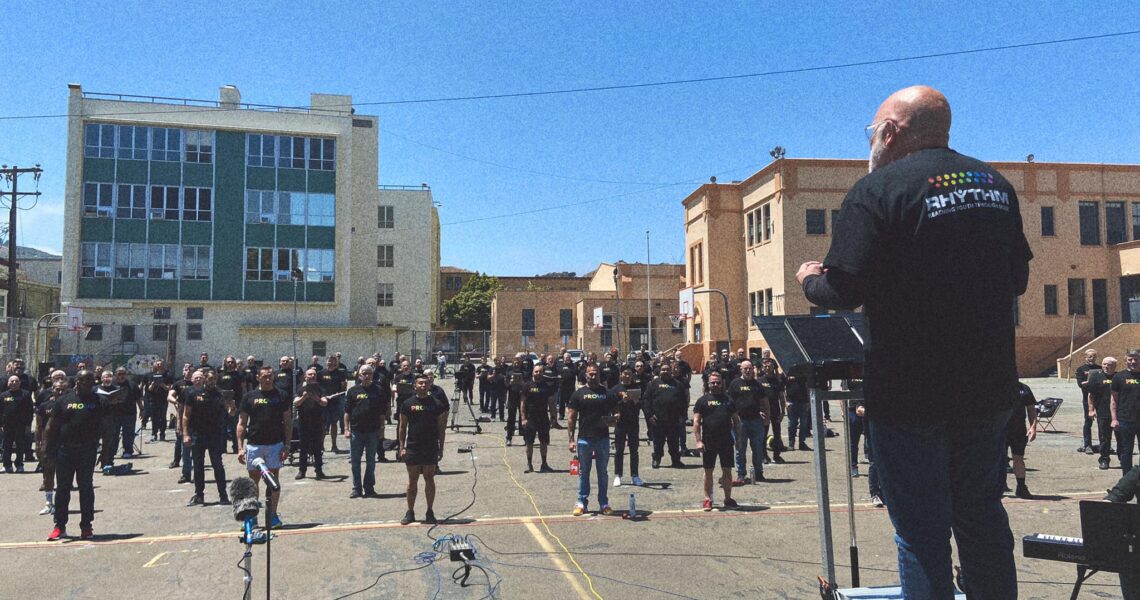 We have mourned enough in the past 14 months to last a thousand lifetimes. Loved ones lost still waltz through our souls, forgotten melodies come roaring back into our consciousness, and delayed hugs are finally part of our daily reality as we return to a fragile semblance of normalcy.

And all of the above are embodied brilliantly by the SFGMC.

The San Francisco Gay Men’s Chorus had not met in person since March of 2020, and even then, it was a casual rehearsal that brought them together. But fortune smiled upon them anew as they met in the parking lot of the Mission Dolores Basilica.

The playlist: to carry the tune into our next collective chapter of humanity and harmony.

His proclamation did not disappoint. Dozens of handsome mugs emerged from their cloth restraints and into the social media spotlight.

The following clip has attracted over 1.1 million views (and counting) on the SFGMC’s freshly minted TikTok page.

The San Francisco Gay Men’s Chorus sings together again for the first time in over a year on Harvey Milk Day. #harveymilk #lgbtq #music #gay #singing

It was an emotional scene on a momentous day that bridged history with the here-and-now.

Back in 1978, the Gay Men’s Chorus had recently formed. It was the same year that evil took the city’s guardian angel, Harvey Milk. Harvey’s assassination inspired thousands of bereaved citizens to take to the streets, and the SFGMC was among their ranks. The ensuing candlelight vigil ignited a movement that rages to this day.

Seelig recounts how songwriter Holly Near hurriedly wrote a song “on a napkin in the taxi” en route to the memorial. She taught her newly penned tune to the fledgling Chorus, which was only four weeks into its existence. They rehearsed it for three years and finally performed it in November of 1981.

Fast forward to the present tense.

“We feel, in so many ways that Harvey, who loved music, and who never got to hear the Chorus, was passing off his famous bullhorn, or maybe his lavender pen, and handing it over to us. We translate it as a baton and we’ve been trying to do our best to honor him all these now 43 years. Happy Harvey Milk Day.”

Harvey famously said that hope would never be silent. The SFGMC is the ultimate testament to his words, may they echo through eternity. 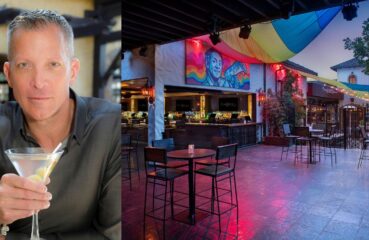 When talking about the “World-Famous” Abbey, it is hard to imagine it as a 1,100 square foot coffee shop, across the street from its current location and run by an ex-banker... 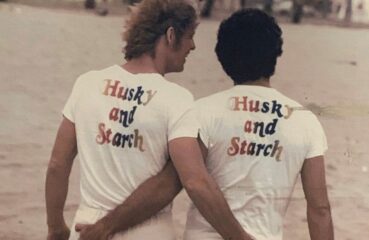 For better or worse, television raised us. Afterschool specials introduced us to love, sex and pill-popping; family sitcoms made us feel loved no matter how queer we might have...