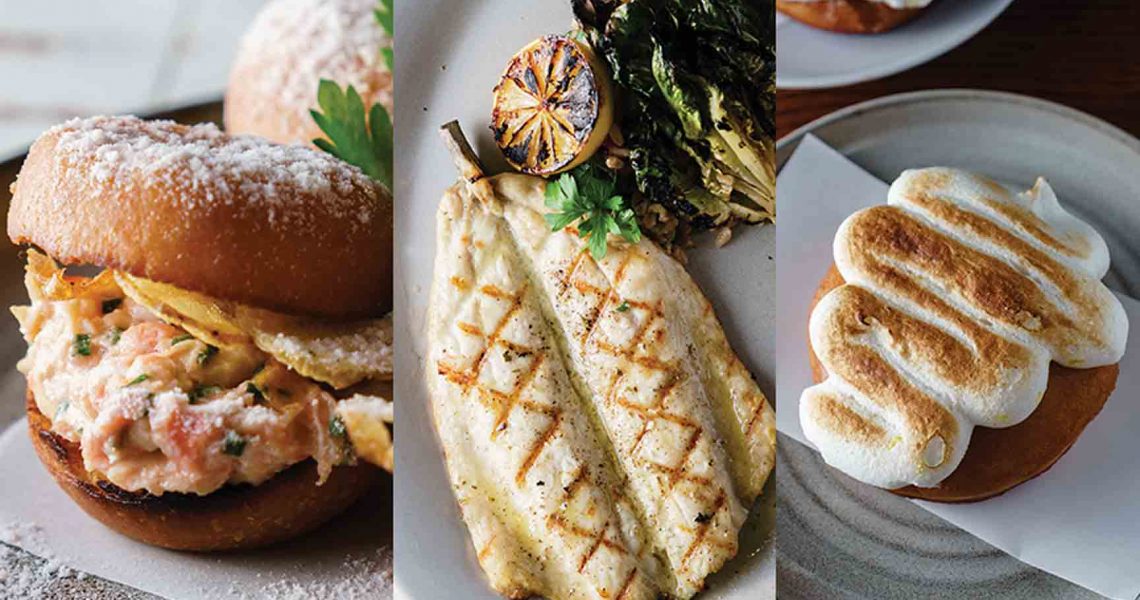 In midtown Manhattan, a recent arrival offers a fun and flavorful trip to the seaside. When it comes to food, midtown Manhattan is increasingly choked with fast casual chains. And although we all have days when we have to grab a bite and dash, it’s always handy to have a go-to place that offers something more civilized. That’s why we were so delighted when we learned Legasea — the Seafood Brasserie at the Moxy NYC Times Square (moxy-hotels.marriott.com) recently added a lunch service.

Technically we were first delighted by the decor — jaunty fish wallpaper, classic subway tile, touches of rope and an eclectic array of unexpected light fixtures. Taken together, they provide the illusion of escape from the crush of Manhattan to a quaint New England fishing village. Once we slid into our cushy banquette, we discovered similarly authentic flavors on our plates — often delivered with a twist.

We started our meal with a sheep’s milk ricotta dip that somehow managed to be both sinfully rich and yet maintain a light herbaceousness due to the pesto-like herb and garlic laced throughout. I remarked to my dining companion, “This may have been the nicest thing ever done to cheese.” Luckily parker house-style rolls were on hand to help us sop up every last bit. We also ordered their signature spicy crab beignets. What can I say? They really have the rich texture you’d expect of a beignet, but with the sweetness toned down to better complement their fresh crab, which has a sublime heat and even a chip for added crunch.

For our main dishes, we decided the best way to test the chops of the team assembled by executive chef Jason Hall (formerly of Craft and Gotham Bar & Grill) and TAO group partner/chef Ralph Scamardella would be to go classic. My companion’s fish & chips were exactly what you’d want from the dish — the fish tender and flaky, the batter: delicious and with the brownness of a perfectly done croquette, enough potatoes to feed a small army, a tartar sauce with just the right dose of dill.

Meanwhile, my flounder Francese was an ecstatic marriage of butter and flounder. The fish was cooked to a golden brown, and the plate was adorned with a sinful smear of lemon caper butter for a little extra indulgence. The briny capers and garlicky spinach served to wake up the palate between buttery bites — as did the complementary cole slaw and pickles and our side order of Smashed Cucumber in a ponzu chili sauce.

Frankly, at this point we were more than sated, but our attentive server assured us that the desserts were not-to-be-missed, and she was not overstating her case. My companion went for the Banana Cream Parfait, which is simply massive — a tower of whipped cream, caramel, vanilla cookies and banana pudding which, despite looking like headwear for a royal, manages to maintain an admirably restrained sweetness.

When I saw the Yuzu Bizmark Doughnut on the menu, I observed that I’d “never met a curd I didn’t like.” But it’s possible that I did not really know how good curd could be until tasted the dense, citrusy yuzu concoction. I could have eaten it in a bowl by itself, but it arrived here as a clever contrast to a bouncy doughnut (not dissimilar in texture to the beignet but with a more traditional sweetness) and a marshmallow merengue on top that offers an explosion of ooey-gooey goodness.

Though we couldn’t have eaten another bite, our eyes were certainly caught by some of the other offerings we saw floating toward tables around us. Two impressive seafood towers are on the menu — offering combinations of East and West Coast oysters, prawn cocktail, little neck clams, lobster and tuna tartare. There are also non-seafood items for those so inclined, including pork schnitzel, strip steak, lemon chicken and the requisite burger.

But I would be remiss in not mentioning the entire page in the menu devoted to the “World’s Fair Sundae Bar” with offerings that include greek yogurt ice cream, mixed nut brittle, chocolate dipped pretzels and caramel popcorn. Those who enjoy a tipple will find plenty of options to pair a wine or cocktail with their chosen fruit of the sea. Just remember: whether you have your eye on the raw bar or something more substantial — leave a little room for dessert. 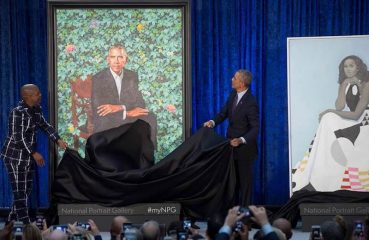 Former President Barack Obama and ex-First Lady Michelle reappeared in Washington D.C. yesterday to preside over the unveiling of their official portraits.... 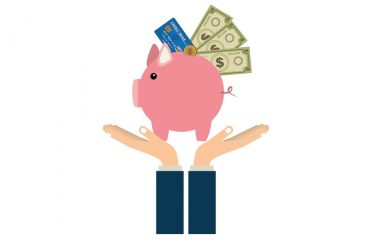 Weighing the Benefits of Buying vs. Leasing

As our finance column debuts, we look at the benefits of buying vs. leasing when it comes to getting around, staying connected and keeping roofs over our heads. If you’re like...