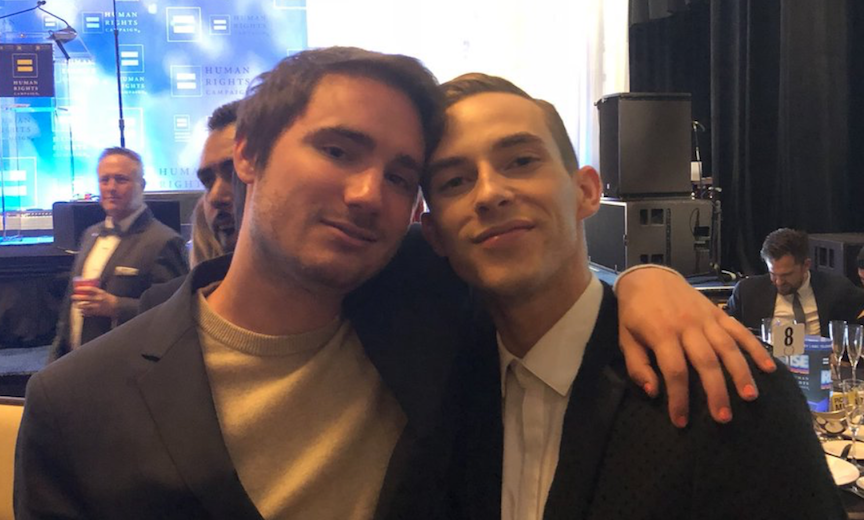 Monday. Monday? Yes, you’ll be late to happy hour today, what with catching up work and the gym and all. But… when you get there, here’s the LGBT news you can chat about.

Actress Sally Field has been a national treasure for generations, and now the LGBT community loves her even more for how she got her son face time with his gay crush; one Adam Rippon.

Field has been a mainstay on the big and small screen, where her first series, Gidget, celebrated adolescence with bubbly charm. Next came The Flying Nun (where she starred opposite a very young Shelley Morrison, who went on to greater fame playing Rosario on Will & Grace), followed by her appearances riding shotgun alongside Burt Reynolds in the Smokey and the Bandit series, and finally getting her just deserts and winning an Oscar for her performance in Norma Rae.

But last month, she did something truly special. Her son, Sam Griesman, posted some Twitter advice from Mom Sally about how to “find a way” to meet Olympic medalist and Oscar harness model Adam Rippon. And then the indomitable Ms. Field retweeted the message to Rippon. Matchmaker, matchmaker.


And if that wasn’t proactive enough, she asked Buzzfeed to pass a note to Adam as if social media was 8th grade study hall. “Sam was mortified,” she told them. I have to bud out now (we think she meant “butt out”) . . . but I would like to see Adam in the family.”

Buzzfeed did as dutifully requested, and soon Adam was All About It. He replied, “Sam, your mom – I admire her. And I’m sure one day we’re going to meet! So thanks, mom.”

So here they are pictured, at HRC’s West Coast dinner over the weekend, where Adam was on hand to accept this year’s Visibility Award, the two met. No word on how the crush is going, but from here, it looks like they’re off to a nice start.

Gay the Gay Away

A 72-year old psychiatrist in Toronto, Dr. Melvyn Iscove, a longstanding advocate for and administrator of so-called repairative therapy — which attempts to change patients’ sexual orientation — has been found guilty of sexually abusing two of his male clients.

For years, Iscove has asserted that homosexuality is a disorder to be “overcome” and has been assessed by peers on the College of Physicians and Surgeons of Ontario discipline committee as something of an expert who has “special interest in the treatment of patients with problems related to homosexuality.”

However, the committe also reports that the physician engaged in a variety of sex acts with several of his male patients during what were termed therapy sessions. Iscove allegedly told his patients that performing sex acts was part of their conversion and having same-sex interaction would help them cease having gay fantasies.

Several of the incidents date back 20 years or more. Iscove has had his license suspended pending a penalty hearing where he stands to permanently lose his ability to practice. He’s also facing more scrutiny as he will soon appear at a hearing to answer charges of “improper conduct in a public men’s washroom,” according to the committee’s report.

There was no Randy shaking his head, or Paula wondering what was at the bottom of her purse, or Simon reminding us that if you’re gonna wear a tee shirt to work on TV, for God’s sake don’t skip arm days.

Yet another Lazarus moment occurred last night when the retooled American Idol bowed in on ABC with some impressive numbers. as more than 10 million viewers tuned in and gave only paltry love to the show’s former home on Fox, which aired an O.J. Simpson special.

Although Brian Dunkleman was the cute bright one when the series first launched way back in 2002, Ryan Seacrest went on to host the remainder of the original series, and despite allegations of sexual misconduct, he’s right back to being himself, or Dick Clark 2.0. And this time, it’s Katy Perry, country star Luke Bryan and Lionel Richie, who’s looking pretty retooled as well.

According to the Nielsen ratings service, the reboot attracted some 10.34 million viewers, which gave ABC a huge boost — it was the network’s Sunday night audience with regular series programming since 2012. 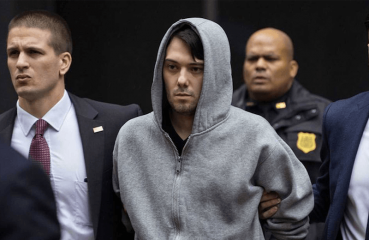 Some days, it’s just grand to be alive — and this is one of them. Here’s what you’ll be talking about over drinks today: Coutroom Crybaby Noted douchebag and... 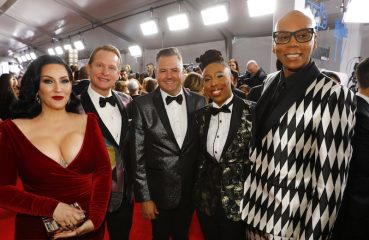 Drag sashays into the mainstream courtesy of CBS Sunday morning with RuPaul. Also: Ivanka is not your pal, and is Oklahoma really OK?...