Fancy an LGBTQ Adventure? This is the Malibu Wine Safari 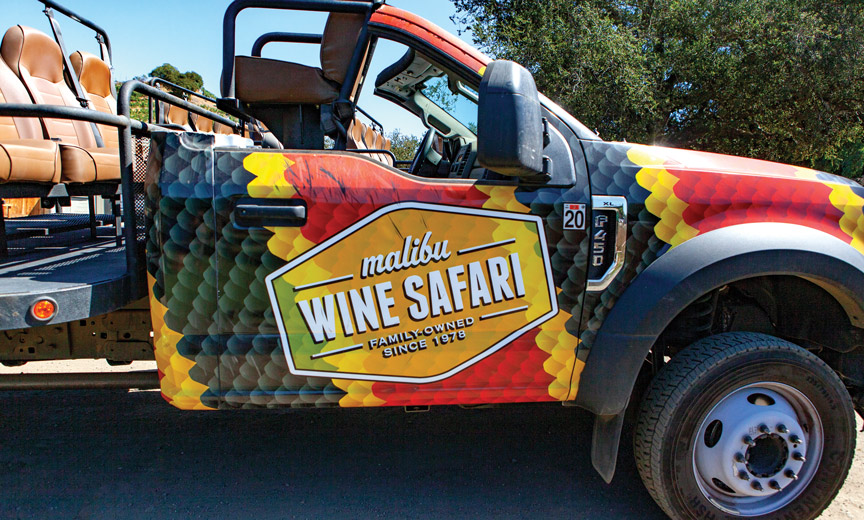 Safari in the City

If you’re in the market for an antidote to the stressors of modern life, why not consider one offering breathtaking canyon views, majestic vineyards, a chance to interact with exotic wildlife and winetasting? Merely a half-hour off the Ventura freeway along a scenic drive through the Santa Monica Mountains lies an oasis for nature lovers, animal lovers and wine enthusiasts called Malibu Wine Safari.

Celebrating its sixth year in business, Malibu Wine Safari is the brainchild of 27-year-old Dakota Semler. Well, sort of. His father, Ron Semler, purchased thirty acres of land in 1978 after a fire prompted the original owners to sell — a literal fire sale. Semler and his wife raised nine children, living off the land in this idyllic setting. But a freeze in the early ‘90s wiped out their avocado orchard (they lost a million pounds of produce) and put them out of business for two years.

Semler decided a bit of reinvention was in order, taking his cues from the climate and the terrain suggesting a more reliable and lucrative crop. By 2002, Saddlerock Malibu Estate Vineyards was born, utilizing roughly 80 acres of the family homestead which now encompasses 1100 acres. After a 2010 family vacation to South Africa, Papa Semler was inspired to also recreate the safari experience in Malibu.

At first, the family scoffed at the idea, but in 2014, after returning from his studies in Washington D.C., Dakota came up with a proposal and plan to make his father’s dream a reality, offering guided tours to both Angelenos and tourists looking for a respite from urban life. 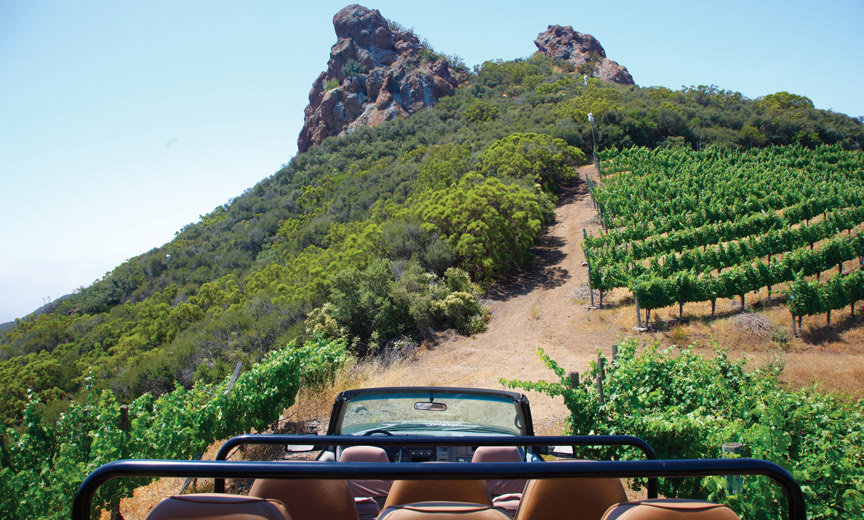 Winetasting with a Twist

Today, Saddlerock Ranch is home to a veritable Noah’s Ark of animals, including American buffalo, yaks, zebras, Scottish highland cattle, alpaca, llamas, emu, dwarf goats and an 18-foot tall giraffe named Stanley that has its own Instagram account. Stanley is officially “retired”  — having been featured in commercials for Skittles, Target, Best Buy and the movie Hangover 3.

The safari lasts approximately 90 minutes and promises a relaxed, scenic and informative excursion aboard a custom-built, open air vehicle that seats up to 20 passengers. Personable tour guides offer a guide to the property and its colorful history with four planned stops along the way to visit and interact with the animals and partake of some of the local wines in the region.

Out of the Palm of Your Hand

At most zoos, there’s often a strict policy not to feed the animals. Not so at Malibu Wine Safari. In fact, it’s encouraged. There’s nothing quite like befriending another species with a lettuce leaf or a handful of pellets.

The property also incorporates the Semlers’ interest in art and Americana via whimsical touches that can be seen throughout the property. Some of these include a Bob’s Big Boy statue, a bright yellow taxicab and a collection of RV’s at Camp Cabernet, one of the tasting stops along the tour. There’s even an oversized picture frame overlooking the property which visitors can use to capture a very Instagrammable selfie. And who doesn’t like a little cheese with their wine?

Rising from the Ashes

While a fire was part of the origin story of how the Semlers acquired the land back in 1978, the cycle came full circle with the devastating Woolsey Fire that ravaged nearly 97,000 acres of Los Angeles and Ventura counties in November 2018 and prompted the evacuation of 295,000 people in the area. Like their neighbors, the Semlers lost a number of structures at the ranch —  including their own home, — and now they’re rebuilding. But the Safari business was up and running again three weeks after the wildfires and is now fully operational, averaging 20 tours a day during the week and up to 40 tours daily during the weekends.

You Are Cordially Invited

In addition to regularly scheduled wine safaris and wine hikes, Saddlerock Ranch is also a popular locale for corporate events and weddings. As a venue, the ranch offers five distinctive settings to capture just the right ambience. And since visitors wouldn’t want to leave without a keepsake or souvenir, there’s a gift shop offering everything from t-shirts and sweatshirts to giraffe ears and sun hats with wine-themed messages on the brim. Our favorite:  “You had me at Merlot.” 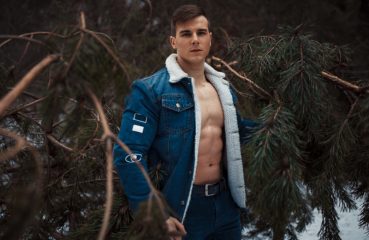 This Is Why LGBT People Love to Visit Vancouver

From the movie magic of “Hollywood North” to the views of its soaring mountains, this is an adventure that shows why LGBT people love to visit Vancouver. Catch Vancouver Fever...

It’s a country where a love of music meets a love of freedom, and it’s inviting you to join its people in celebrating a very big birthday. Twilight in Estonia At twilight, one...