Life’s a Beach at Nido in the Philippines

Name a famous beach and the chances are I have been there. Because that’s so, I am always on the lookout for new discoveries and beach destinations. Oftentimes I would search on Google or browse through Instagram or read blogs and articles about beaches. Most of them have one thing in common: the best beach ever is at El Nino, Palawan in the Philippines. El Nido is worth all the hype Ive read about. It truly deserves its Conde Nast Traveller Ranking as the Most Beautiful Island in the world. The water is
so incredibly clear, you can see 15 feet below the surface. And if its white sandy beaches, great weather, towering black limestones formation with gloriously tall aged coconut trees are not enough
lure, you can add hidden lagoons and beaches that surprise you as you paddle your way to its shores. It’s just incredible. Here’s video of a trip I did with fourteen family members:

I grew up in the Philippines, but somehow the thought of going to Palawan seemed daunting at first. The islands sounded so remote even for me. But my friends Alan and Daisy had been, and they told me it was easier than
it looks. And he was right. First you fly into Manila and take an hour plane ride to Puerto Princesa (which normally costs anywhere from USD $90 to $150) in Central Palawan. The airport receives regular flights from Manila and Cebu via Cebu Pacific, Palexpress or AirAsia and other local carriers. Then there’s a four-hour ride overland from Puerto Princesa to the town of El Nino.

You’ll want to book your hotel in the town of El Nido. There are options ranging from $25 per night hostels and bed and breakfasts to to $1200 a night luxury spots over-the-water bungalows in the smaller islands off
the coast. Definitely ask your hotel to help make arrangements for a ride from Puerto Princesa to El Nido. They normally have contacts with vans that take eight to 12 passengers to their hotel. Avoid renting a car — you won’t be needing it in El Nido and parking is needlessly frustrating. Vans normally sit a lot of young tourists from Europe and Australia, and it is a great opportunity to meet new and interesting friends.

Two friends of mine visited Argentina, then returned to LA and immediately sold all their belongings, quit their high-paying corporate jobs and moved to Buenos Aires. And. after... 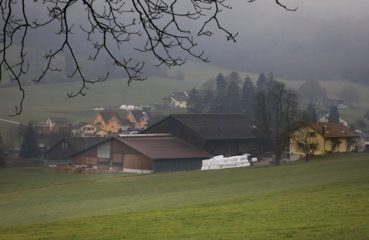 Switzerland is a real Mecca for hikers. Time alone, or in small groups, is one of those activities that can really recharge the soul. And, if you’re a hiking aficionado, you...