LISTEN: Kylie and James Corden's "Only You" Cover

Though complaining about the early rollouts of holiday merchandise is a beloved part of every Christmas season, the coming release of Kylie’s Christmas album has us bouncing up and down for Christmas 2015 like damn eight-year-olds.

The album, Kylie Christmas, is a mix of classic carols and new tunes, with kooky guest appearances such as Iggy Pop, Dannii Minogue (aww), and James Corden. (Full list here!) That last one is a cover of the wonderfully synthy Yaz classic “Only You.” There’s nothing yuletide about the song on its own, per se, but the soft vocals and lush orchestrations of this cover make for a warming winter love song. Give it a listen!

Kylie Christmas is out November 13, and is available for pre-order now. Those who buy the album now will receive the digital download of “Only You” immediately. 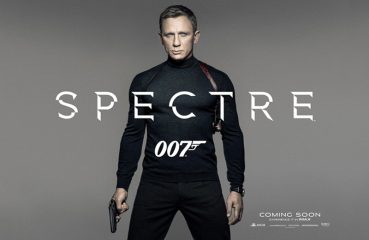 Spectre, the 605th James Bond film, opens this weekend, with its theme “Writing’s on the Wall” sung by Sam Smith. With this in mind, Metrosource staff share...

WHEEL OF DIVAS: Win the Latest from Goulding, Lovato and Underwood!

We’ve got new music from today’s hottest divas. Can we please give it to you?...