Love (and Marriage) Make the World Go 'Round

News from Norway and Puerto Rico, while struggles continue in Mississippi and Ireland MISSISSIPPI
Lance Bass, who (with husband Michael Turchin) became half of the first gay couple to marry on American television, refuses to let “religious freedom” laws keep him away from Mississippi. The former ‘N Sync member is working to bring a variety of celebrities to his home state for a “love concert.” Bass says: “I think if we calmly talk about it, people will understand how wrong it is and that it is discrimination.”

NORTHERN IRELAND
Northern Ireland is the only part of the United Kingdom where gay couples are not able to marry — because their assembly has vetoed it five times. Now LoveProudly — a new campaign in tandem with Northern Ireland-based news and entertainment website The Gay Say — has started a movement to fight against those voting against marriage equality. Danny Toner, Founder of The Gay Say, said: “Something about this election and this year in particular feels different. It feels as though people’s frustration has reached tipping point and the electorate wants change. Stagnant politics has only bred anger. Collectively we decided to tap into these emotions and controversial topics to mobilize people into action and to stand up for change.”

NORWAY
In response to the Lutheran Church voting to conduct gay marriages in Norway, Catholic Norwegian Bishop Bernt Eidsvig has announced that the country’s Catholic clergy will no longer officiate at any civil weddings. “Politicians may now get aggressive toward churches who resist these weddings,” Eidsvig told the Catholic News Service. “So the best option is for us to stop conducting marriages on the state’s behalf.” Norway has allowed same sex weddings since January 1, 2009.

PUERTO RICO
The First Circuit U.S. Court of Appeals has ruled against a ban on marriage equality in Puerto Rico. Judge Juan Pérez-Giménez had twice upheld the ban, arguing that because Puerto Rico was “not an incorporated territory” the United States Constitution could be applied differently. However, upon appeal, his ruling was struck down. “The First Circuit’s ruling is both unequivocal and unsurprising,” said Omar Gonzalez-Pagan, a staff attorney for Lambda Legal. “There is no question that the U.S. Supreme Court’s historic ruling in Obergefell v. Hodges applies to Puerto Rico just as equally as it does across the rest of the United States.” 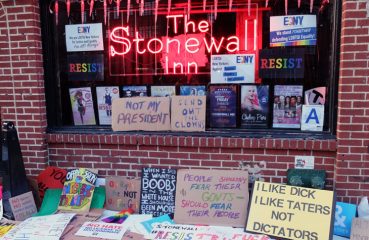 Monday evening the Stonewall Inn was dedicated as a national monument, 47 years after gays turned a police raid of the bar into a gay riot. Now in the wake of marriage equality,... 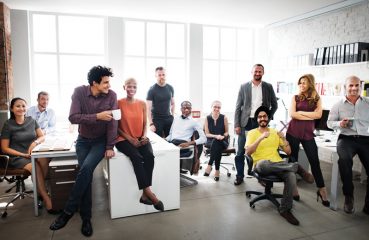 Which Companies in 2015 Care Most about LGBT Rights?

This year, in our annual look at how the corporate world interacts with the LGBT community, we showcase how businesses have reached out to us through advertising, how they’re...