Written by Metrosource Editor| May 19, 2016| Miscellaneous

Writer/director Whit Stillman — perhaps most famous for his salute to the 1980s dance scene The Last Days of Disco — hasn’t put out a film since 2011. 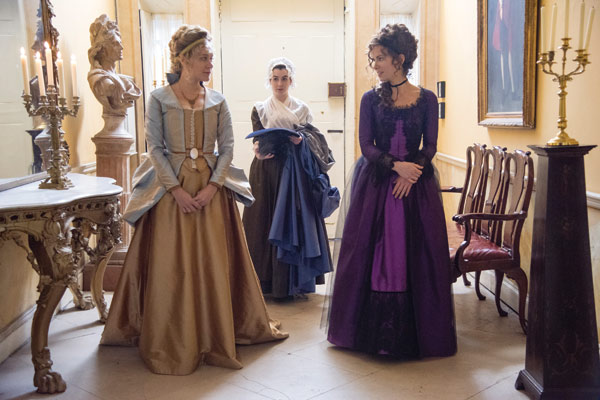 Now, for his first foray into centuries past, he has sought no less a muse than Jane Austen, which might just be a match made in style heaven. Stillman excels in comedies of manners — in which turns of phrase are far more important than the plot, which meshes delightfully with Austen’s genteel novel about a 19th century British society widow named Lady Susan, who lives by her wits, charm and class. Love & Friendship also marks the reunion of Kate Beckinsale and Chloe Sevigny, who paired so well in Last Days of Disco and here again verbally waltz through a well-dressed world of love and money. THE WORD: The best thing about Stillman’s films is how they inhabit a high-gloss realm that hovers above the muddy plod of reality yet somehow rise above mere confection. COMING TO: Theaters