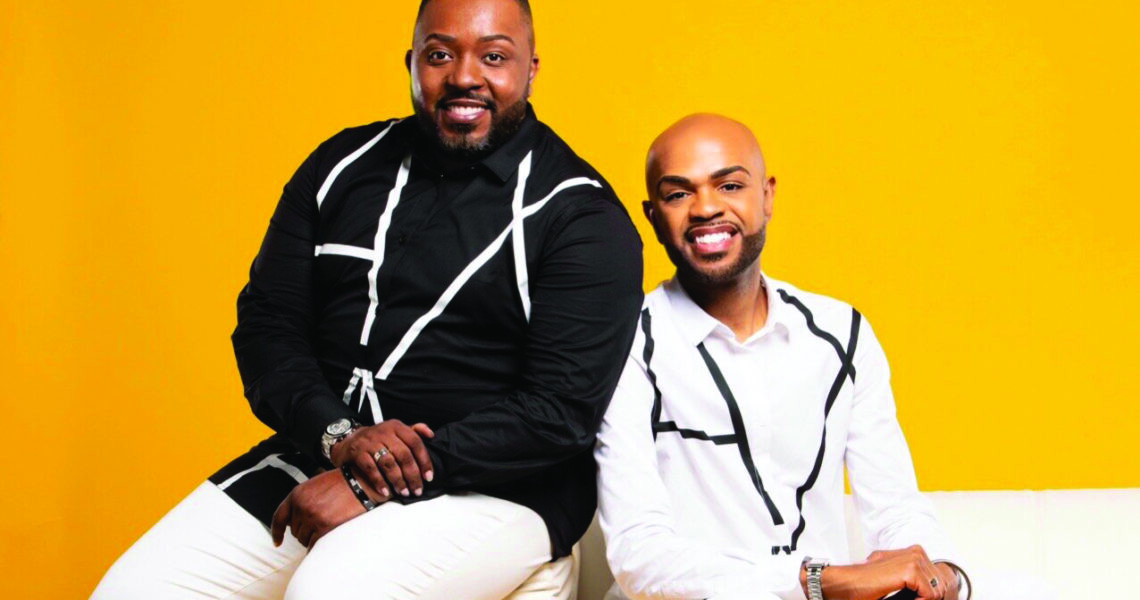 In March 2013, David Lester-Massey (then Massey) gave an interview that would change his life forever. At the time, Atlanta-based marketing professional and producer Johnny Lester-Massey (then Lester) was casting a reality show and searching for potential talent. Following a brief phone call, Johnny informed David that he’d call him back. And he did.

At this point, the two had hours of conversation under their belt and understood a genuine connection was forming. After having a “really good time” at dinner, David, knowing his feelings for Johnny were building, decided to make an even more courageous move. Only this time, it was something deeply personal. 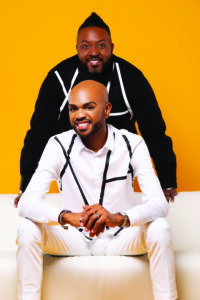 “I need to let you know that I am HIV-positive,” he told Johnny, expecting what many people living with HIV dread after disclosing their status: fear, rejection, and isolation. But what happened next took David by surprise. Johnny, who is HIV-negative and was not fully educated about the virus at the time, responded with compassionate and concerning questions: “Are you OK? How are you? What does that mean? Are you healthy?”

David began to educate Johnny on his health, his numbers, and his statistics. What really moved him, he says, was that Johnny never lost romantic interest after telling him he was living with HIV.  “[Johnny] took the time to get educated,” explains David. “When he left my house, he called his doctor and he had conversations about what it means to date or be in a relationship with somebody who is living with HIV. [The doctor] was like, ‘OK, so I want you to know something… First of all, if they disclosed that information to you this early on, please consider yourself special, because it’s not easy to do, it’s not easy to hear, and he chose to disclose to you.’”

The wise words from Johnny’s doctor, who is also his uncle, brought the issue into a broader perspective for the young producer. It certainly wasn’t the first time someone disclosed their status to Johnny before, but this time was different.  “Atlanta’s very fast-paced, there’s a lot of hits and misses here,” Johnny explains about life in the Southern city, which according to the Centers for Disease Control and Prevention is fourth in the nation for new HIV diagnoses. “I was at a point of time in my life where I was open and ready for a relationship. I wanted something different. Being from a small town… coming out as gay, being in front of a Baptist minister in the Bible Belt, you have all of these layers of stigmas and hang-ups that you have to walk through and deal with. I gave myself two years to really work on myself, to be my openly Black gay self, because I had never had the opportunity to do that. I was always terrified to do that. I said, ‘A relationship that’s meant to be will come.’ And it did.”

Together, David and Johnny own HiClass Management, a boutique branding and imaging firm providing services for high profile clientele and awareness marketing around HIV. Recently, they launched into new ventures: Hiclass Blends, a luxury loose-leaf tea company, and SirHiclass Footwear, a luxury footwear line with products made in Italy.

By far, the most extravagant project they’ve curated to date was their 2019 wedding in Venice, Italy, a country that holds a special place in their hearts. A few years ago, David had started touring in Italy, singing and directing a gospel choir, spending two to three weeks at a time traveling across the country. In 2017, he received a call from singer and Insta-celebrity Cheryl Porter, who’d been invited to perform at “Christmas at The Vatican” for Pope Francis.

“She said, ‘I can’t imagine doing this without you. Would you be able to come over?’” remembers David, who jumped at the chance. Johnny joined him for the tour, and the duo fell in love with all things Italy. So much so that when the time came for choosing wedding destinations, it seemed like a no brainer.

“And so, we said, Italy is a big country, where will we do it?” David explains. “I’d been to Venice, but he hadn’t. And so, I was like, ‘I would really enjoy being in Venice with you, and if we could make our wedding happen, I think you would be blown away.’”

The couple started the planning immediately. Porter also sang at the intimate ceremony, which was performed in the music hall of the Ca’ Sagredo Hotel Campo Santa Sofia. And the private setting was intentional on their part. 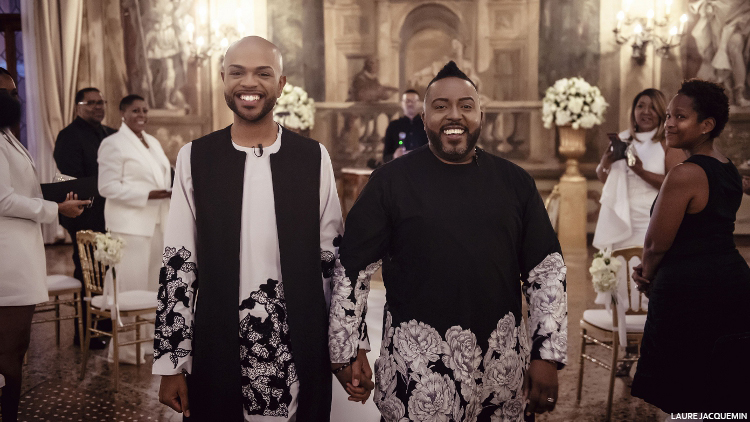 “When we talked about the kind of money we were investing,” Johnny explains, “we said we don’t want to invest all of this money for people to come and just spectate. We want people [there] who are going to be rooting and cheering for us. [In Italy], they already invested to get themselves there, so I know they weren’t there to spectate. If there’s one attribute defining David and Johnny’s relationship, it’s authenticity. Checking in to make sure they’re both good and being honest about their feelings will always be top priority. Without a doubt, David and Johnny’s love has grown stronger over the years as they continue breaking down their inner walls. For countless fans, many of whom are living with HIV, their story is one of triumph and trust. The fact that their experience as a serodiscordant couple is highly needed in this age of misinformation has not passed them by. But also, they’re fully aware that for anyone to fight stigma within a relationship, they must equip themselves with knowledge.

“I can understand that there are a lot of people who don’t have the education [about HIV] because I didn’t either,” Johnny says. “David didn’t know that he was the main reason I was comfortable being in that moment with him the first night he told me [his status], because he was calm. If he would’ve came to me freaking out and all over the place, I probably would’ve naturally reacted and been as freaked out as he was. But he was very calm. He had a conversation with me… People are not dumb. They know what’s going on. And you can tell if somebody’s kind of rushing things along… that doesn’t make somebody who’s unsure be okay.”

He advises to anyone choosing to disclose their status to their lover, “The person that’s sharing the information, they really are the gauge on that thermometer, because how they deliver it is probably how they’re going to get a response.”

“The onus of your status still belongs to you,” David explains. “You can choose to share it. You can choose not to share it. But you do have a responsibility to ensure that you protect yourself and you protect the other person that you’re with. Whether you plan to be with them for a week, a night, or a lifetime, you still must protect yourself. The way to do that is to make sure that you have as much education in your tool belt that you can be able to share with somebody else. So, when they leave you, for whatever reason, they’re more educated just by meeting you—not hooking up with you, not being in a relationship. Whenever they come into somebody else’s presence, they can give that education to somebody else.”

When David disclosed his status publicly for the first time at a conference, after he already told Johnny, they both realized their stories could actually help others, and they certainly answered the call. “I told him this from the beginning,” explains Johnny. “I was like, ‘I want people not only to see you living with HIV, but they need to see you live well.’ They don’t need to just see you and say, ‘Oh, he looks healthy, he’s eating.’ No. They need to see you be a rockstar, because they need to see something that they’ve never seen before.”

Alternatively, they also understand that Johnny’s voice is equally as important as an HIV-negative person who is in a healthy long-term relationship with someone who is poz—a narrative we often don’t see in mainstream TV and film. “I’m negative, he’s positive, we know what our regimen is, we know what the doctors have told us, and we know how we operate,” Johnny says. “It was like a revelation or an a-ha moment for me in that instance. I also told David, since we’ve never seen this before, since there is no template, my thing is, if we’re going to do anything, we’re going to do it fabulous.”

Currently, they’re in the process of piecing together a mini e-book, which will be a collection of quotables and small insights (or “David and Johnny-isms”) their fans will be able to download and use if ever they need a jumpstart of inspiration. However, their ultimate goal is to be the first gay Black male couple to host a talk show. And given their shared drive and passion for change, they might achieve that goal sooner than later. “I do believe there is a space for thought leaders and people that want to take themselves, their relationships to the next level,” Johnny says. “Us being men of color, by being open and vocal about who we are and what we do, I think it resonates with a lot of people.”

David Artavia is managing editor of Plus magazine, the HIV Plus Treatment Guide mobile app, and HIVPlusMag.com. This column is a project of Plus, Positively Aware, POZ, The Body, and Q Syndicate, the LGBTQ wire service. Visit their websites — HIVPlusMag.com, PositivelyAware.com, Poz.com and TheBody.com—for the latest updates on HIV/AIDS. (This article was previously published in Plus magazine and reprinted with permission.) 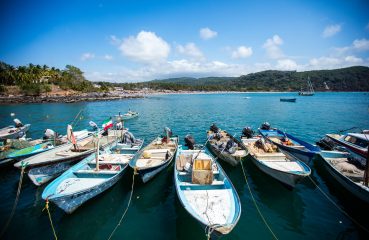 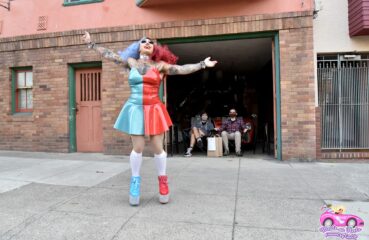 In the good ol’ gays, Friday night was a time for getting together with your besties to hit the clubs. And the best clubs hit back! The Oasis Cabaret in San Francisco cornered...